Washington, DC,  October 14, 2020 –   The latest Reuters/Ipsos Core Political shows that President Donald Trump continues to lag behind Democratic presidential nominee and former Vice President Joe Biden in the election for president. Overall, Trump’s approval rating remains immovable with consistent support from his Republican base. A majority of Americans are concerned that the country is heading in the wrong direction. Many Americans believe the economy, jobs, healthcare, and coronavirus are the most important issues the nation faces.

Biden receives a majority of support from likely voters (51%) when asked who they would vote for or whom they have already voted for. Forty-one percent of likely voters support Trump in the election for president. 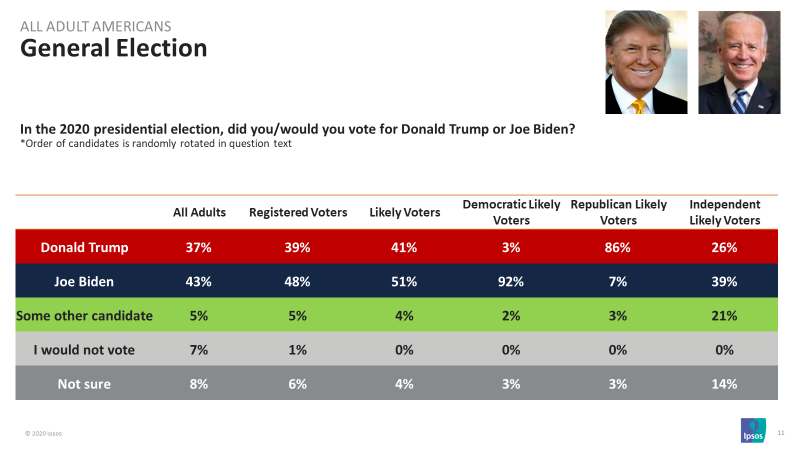 About two in five Americans approve of the job Trump is doing as president (42%). This number has remained remarkably stable for nearly his entire presidency. 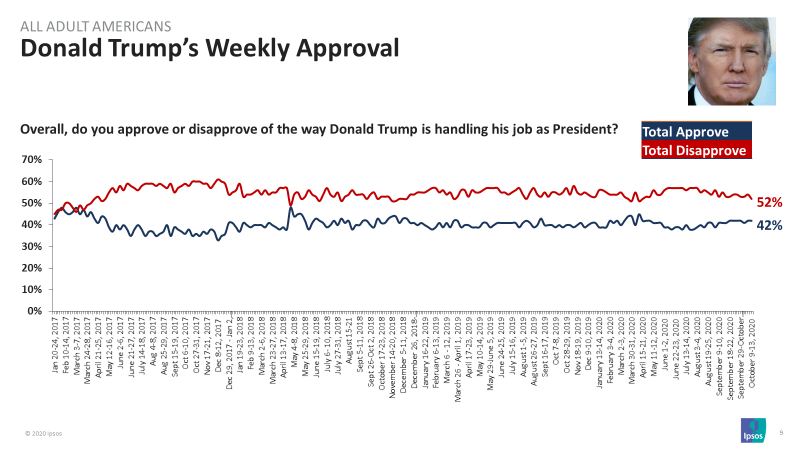 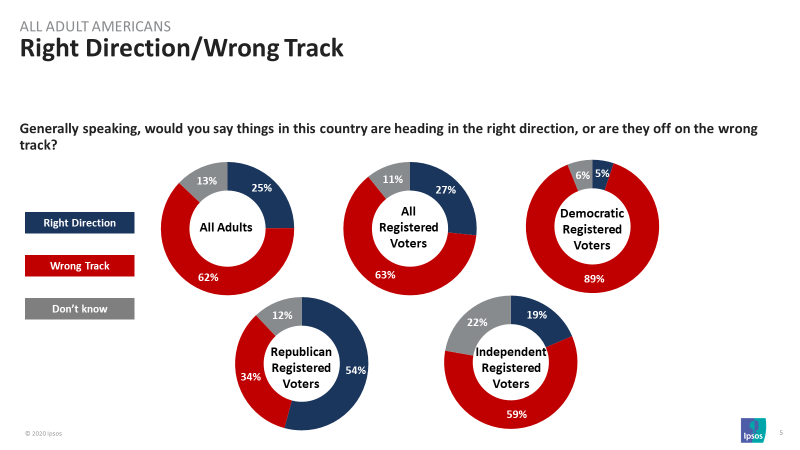 About one in three Americans reports that the economy and jobs are the most important problems facing the country (30%), while about 20% say that healthcare is the main problem. Sixteen percent of Americans continue to volunteer other issues as the main problem, citing coronavirus most frequently, followed by the Trump administration and the divisive nature of politics today. 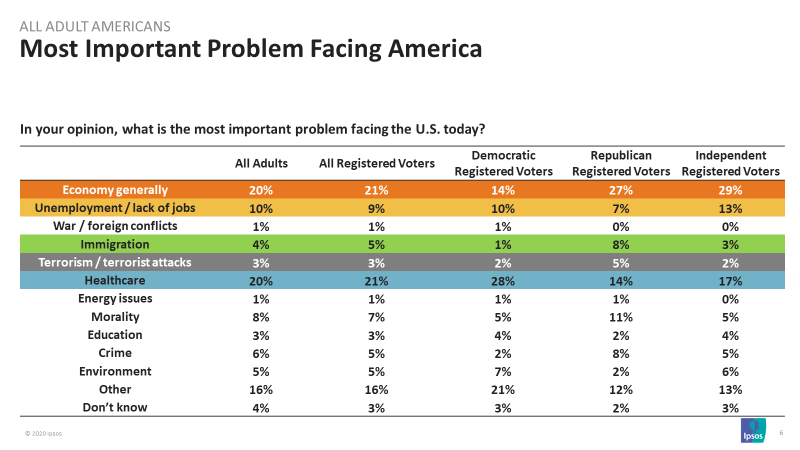