Washington, DC, January 14, 2021 –   Following the events at the Capitol last week, the most recent Reuters/Ipsos Core Political finds more Americans concerned about the direction of the country. The economy and jobs, along with healthcare, continue to be the most concerning issues facing Americans today. President Donald Trump’s approval rating is down to 34%, with support waning among his Republican base. Meanwhile, Joe Biden continues to receive approval from a majority of Americans on how he is handling his position as president-elect leading into his inauguration next week.

Only 15% percent of Americans say that the country is heading in the right direction, down six percentage points from mid-December (21%), while the large majority (72%) say the country is off on the wrong track. 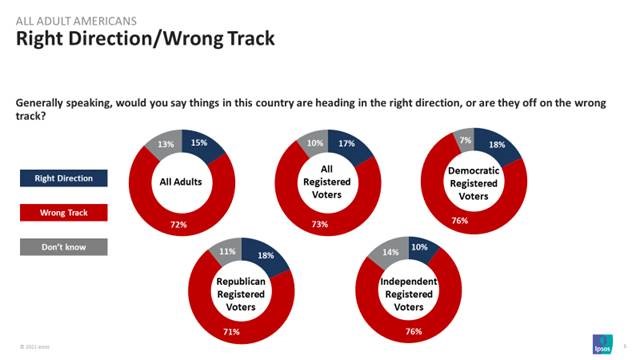 The economy and jobs (30%), healthcare (15%), and other issues (21%), like coronavirus and political division, continue to be seen as the most important problems facing the country. 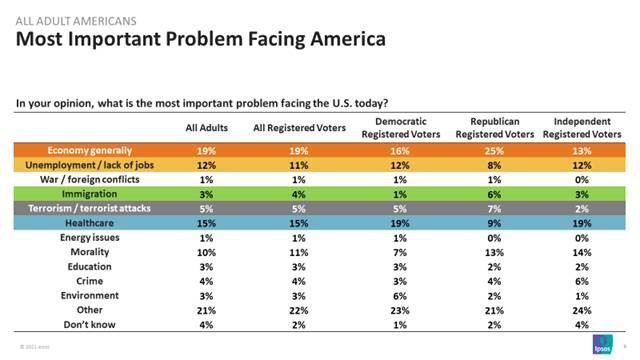 Just over half of Americans approve of how Joe Biden is handling his position as president-elect (53%). 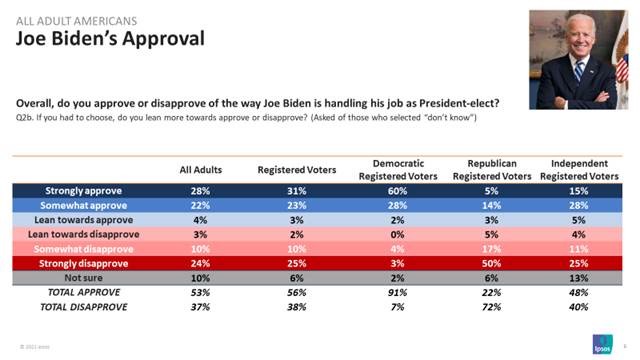 Thirty-four percent of Americans approve of how Donald Trump is handling his position as president, a seven percentage point drop from mid-December (41%). 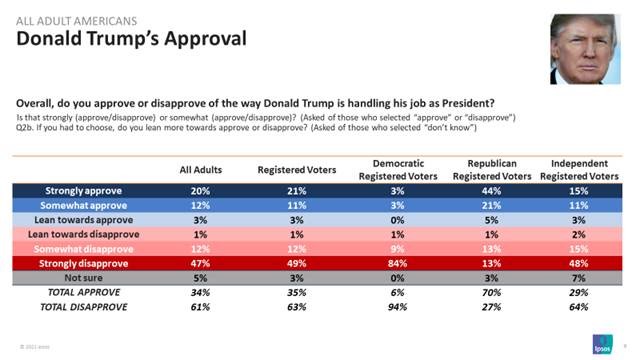