Washington, DC, January 22, 2021 –   Joe Biden and Kamala Harris were officially sworn in this week as President and Vice President of the United States and the most recent Reuters/Ipsos Core Political shows Americans are now more optimistic about the direction of the country. President Joe Biden starts his first week in office with a 55% approval rating and strong Democratic support. This is higher than the approval rating former President Donald Trump started off with back in January 2017 (43%). Meanwhile, the economy and healthcare along with the pandemic, continue to be the most concerning issues Americans are facing today.

Twenty-seven percent of Americans say that the country is heading in the right direction, up 12 points from last week (15%), but the majority (54%) still say the country is off on the wrong track. 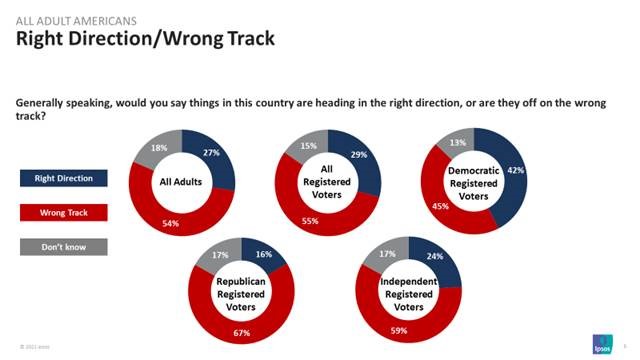 The economy and jobs (31%), healthcare (16%), and other issues (18%), like coronavirus, remain the most important problems Americans are facing. 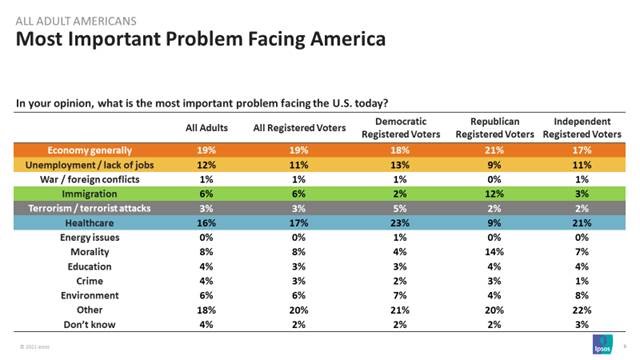 Finally, 55% of Americans approve of how President Joe Biden is handling his first couple days in office. 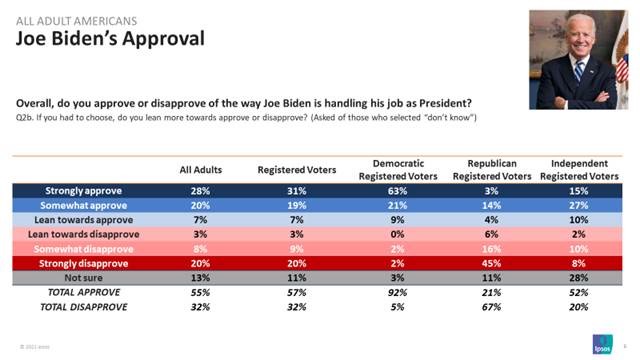 These are some of the findings of an Ipsos poll conducted between January 20-21, 2021 on behalf of Thomson Reuters. For this survey, a sample of 1,115 Americans age 18+ from the continental U.S., Alaska and Hawaii were interviewed online in English. The sample includes 538 Democrats, 373 Republicans and 127 independents. Weighting was then employed to balance demographics to ensure that the sample's composition reflects that of the adult population according to Census data and to provide results intended to approximate the sample universe. The precision of Ipsos online polls is measured using a credibility interval. In this case, the poll is accurate to within ± 3.3 percentage points, 19 times out of 20, had all Americans been polled. The credibility interval will be wider among subsets of the population. All sample surveys and polls may be subject to other sources of error, including, but not limited to coverage error, and measurement error. The poll also has a credibility interval ± 4.8 percentage points for Democrats, ± 5.8 percentage points for Republicans, and ± 9.9 percentage points for independents.