Washington, DC, August 12, 2020 – In this week’s Reuters/Ipsos Core Political Survey, Americans are concerned with the where the country is headed. The economy, jobs, and healthcare remain top of mind issues for many Americans. President Donald Trump continues to receive support from about two in five Americans on his handling of the presidency. Former Vice President Joe Biden remains the frontrunner in the general election.

Seven in ten Americans (69%) and registered voters (71%) say the country is off on the wrong track. 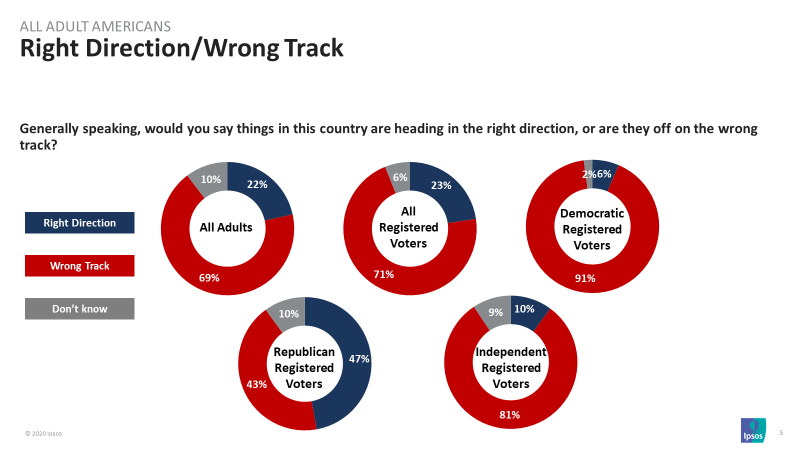 The economy and jobs are the most important issues for 29% of Americans, followed by healthcare (19%) and other issues (16%). 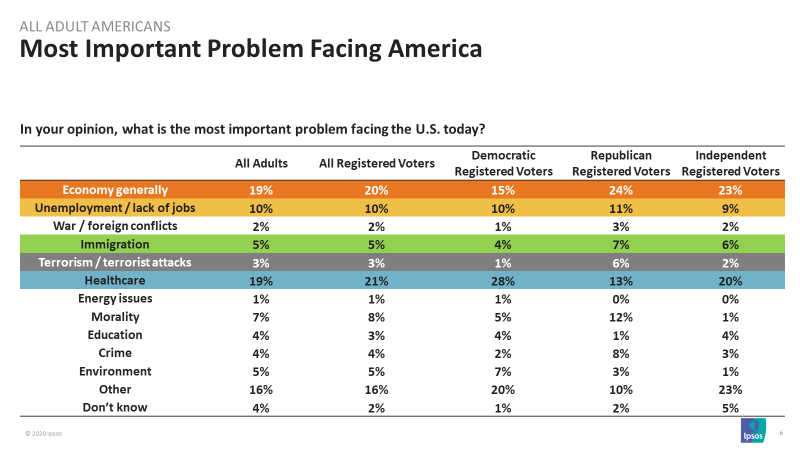 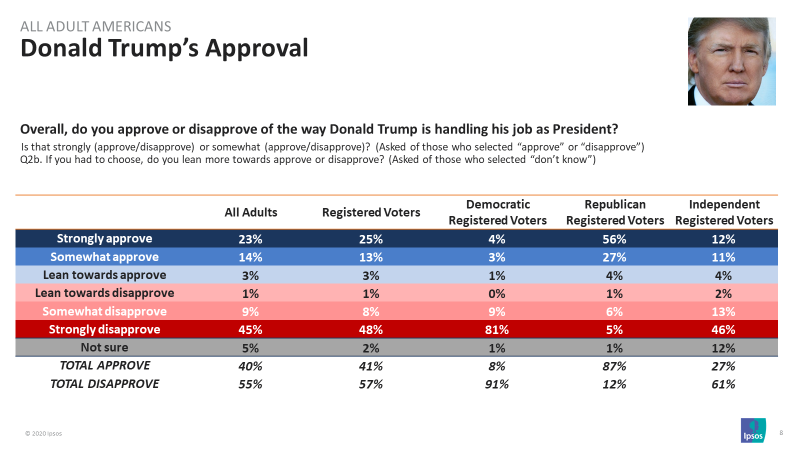 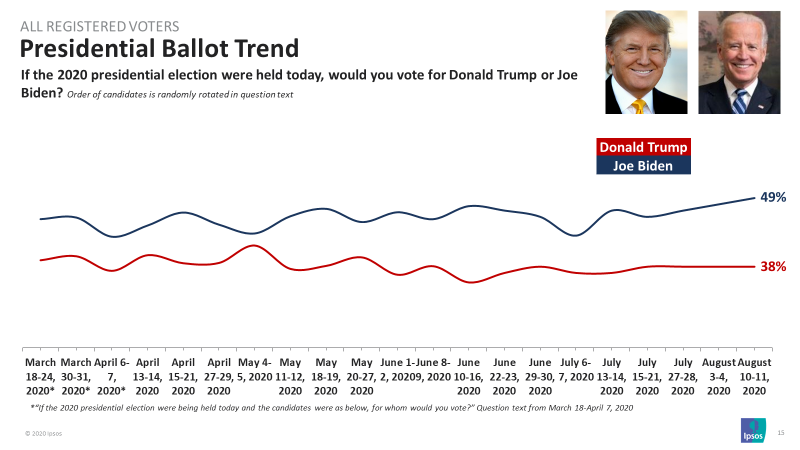