Washington, DC, August 19, 2020 –   As the presidential election campaign formally begins this week with the start of the Democratic National Convention, this week’s Reuters/Ipsos Core Political survey finds most Americans believe the country is not on the right path. The economy, jobs, and healthcare are top of mind for most Americans as major issues the country faces. President Donald Trump’s approval rating remains low but stable. Former Vice President Joe Biden continues to hold a slight edge over President Trump among registered voters in the election for president.

Two-thirds of Americans (65%) say the country is off on the wrong track, down four points from last week. 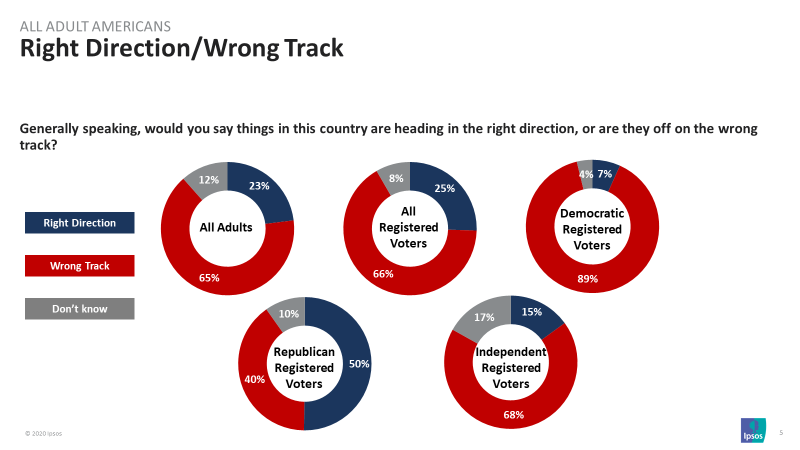 Thirty percent of Americans say the economy and jobs are the most important problem facing the nation. Healthcare is a central issue for 18% of Americans. 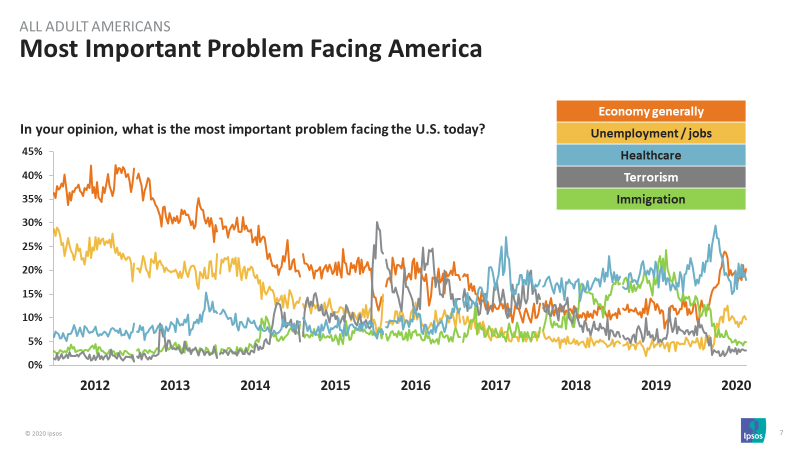 About two in five Americans approve of the job Trump is doing as president (39%). 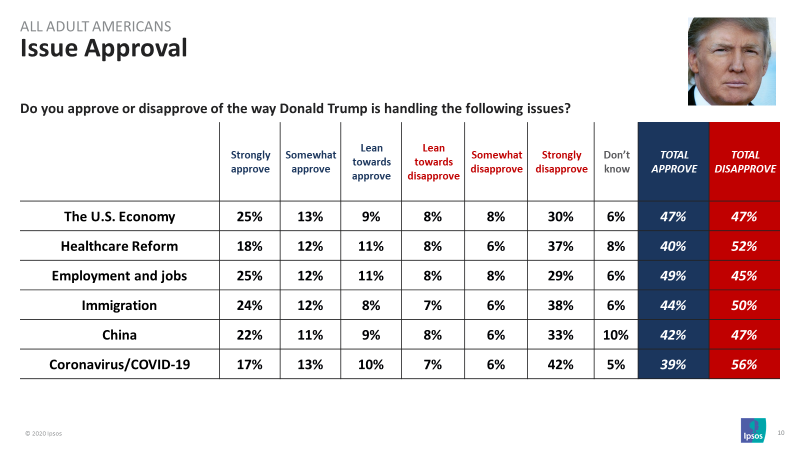 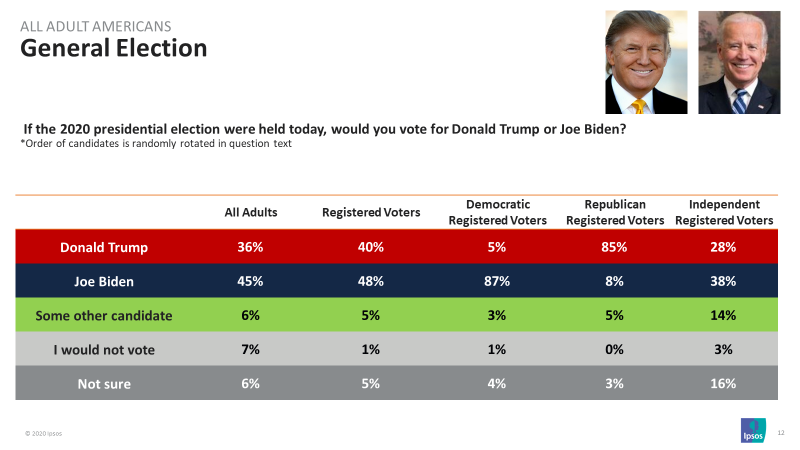