Washington, DC, November 18, 2020 –   In the latest Reuters/Ipsos Core Political survey, a majority of Americans continue to be concerned about the direction of the country, with most saying the nation is heading off on the wrong track. The economy, jobs, healthcare and coronavirus continue to be seen as the biggest issues facing the country. President Donald Trump’s approval rating has dipped slightly, and he receives low ratings on his handling of the transition period. President-elect Joe Biden receives positive marks among a majority of Americans for how he is handling his new position as president-elect.

Sixty-one percent of Americans say the country is heading off on the wrong track, while just 23% say things are moving in the right direction. 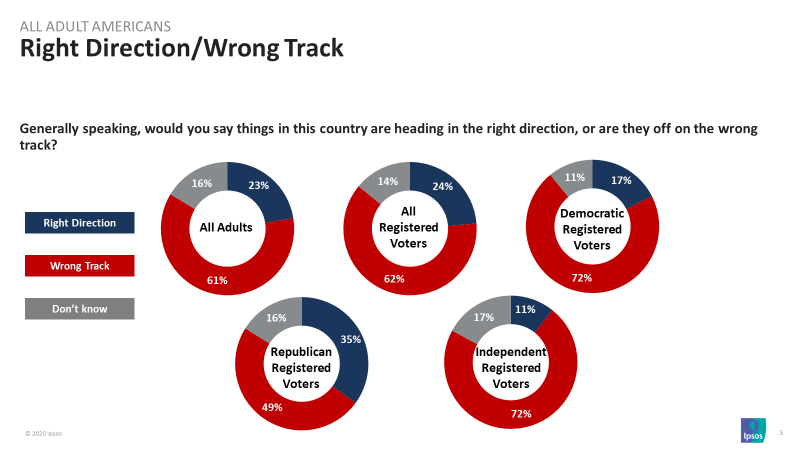 Sixty percent of Americans approve of how Joe Biden is handling his position as president-elect.

Thirty-seven percent of Americans approve of the job Donald Trump is doing as president, a slight drop in his approval rating. 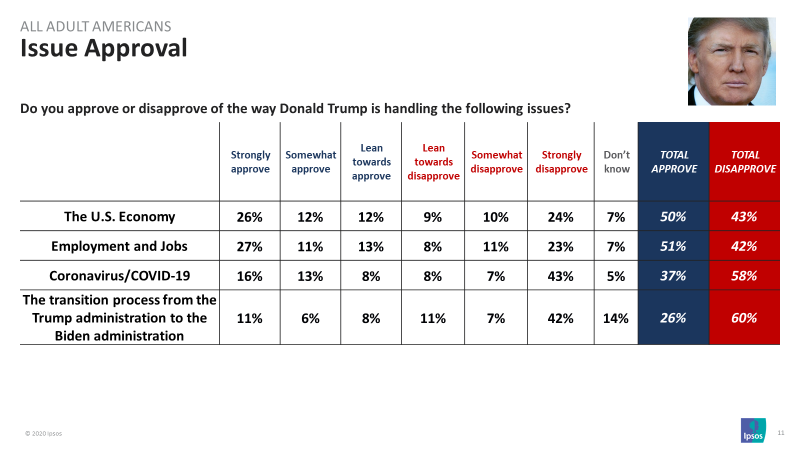