Overall, support for the Olympics taking place in summer 2021 is muted, due in part to concerns over Covid-19. On average across the 28 countries surveyed, 43% say the event should go ahead, compared to 57% who say it shouldn’t.

There is greatest support for the Olympics taking place as scheduled in Turkey (71%), Saudi Arabia (66%), Russia (61%) and Poland (60%). However, those in host nation Japan are among the most doubtful: 22% say the Olympics should go ahead while 78% say it shouldn’t. 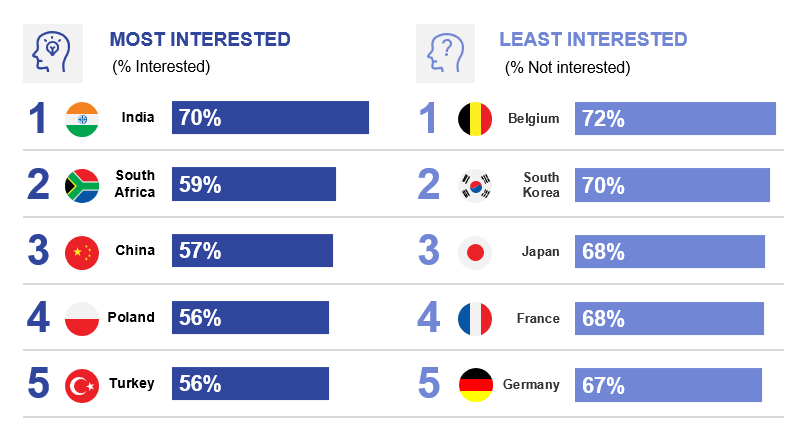 Q: From this list of Olympic events, which three are you most interested in following this year?

These are the results of a 28-market survey conducted by Ipsos on its Global Advisor online platform. Ipsos interviewed a total of 19,510 adults aged 18-74 in the United States, Canada, Malaysia, South Africa, and Turkey, and 16- 74 in 23 other markets between 21st May and 4th June, 2021.