At 44.4, April 2020’s Global Consumer Confidence Index, is down 4.2 points compared to both last month and the beginning of the year and is lower than at any time since December 2012. The Global Consumer Confidence Index is the average of the National Index of 24 world markets surveyed monthly by Ipsos.
Since the first reports of the coronavirus outbreak in January, all but one of the 24 markets have registered a significant drop in their National Index:

The global Expectations Index (50.6), reflective of consumers’ outlook on employment, their financial situation and their local economy is down 6.4 since the beginning of the year.

Globally, the Jobs Index (52.6), which is indicative of confidence in job security and employment outlook, is at its lowest in six years. Concurrently, the Investment Index (38.6), indicative of the investment climate is at a seven-year low. 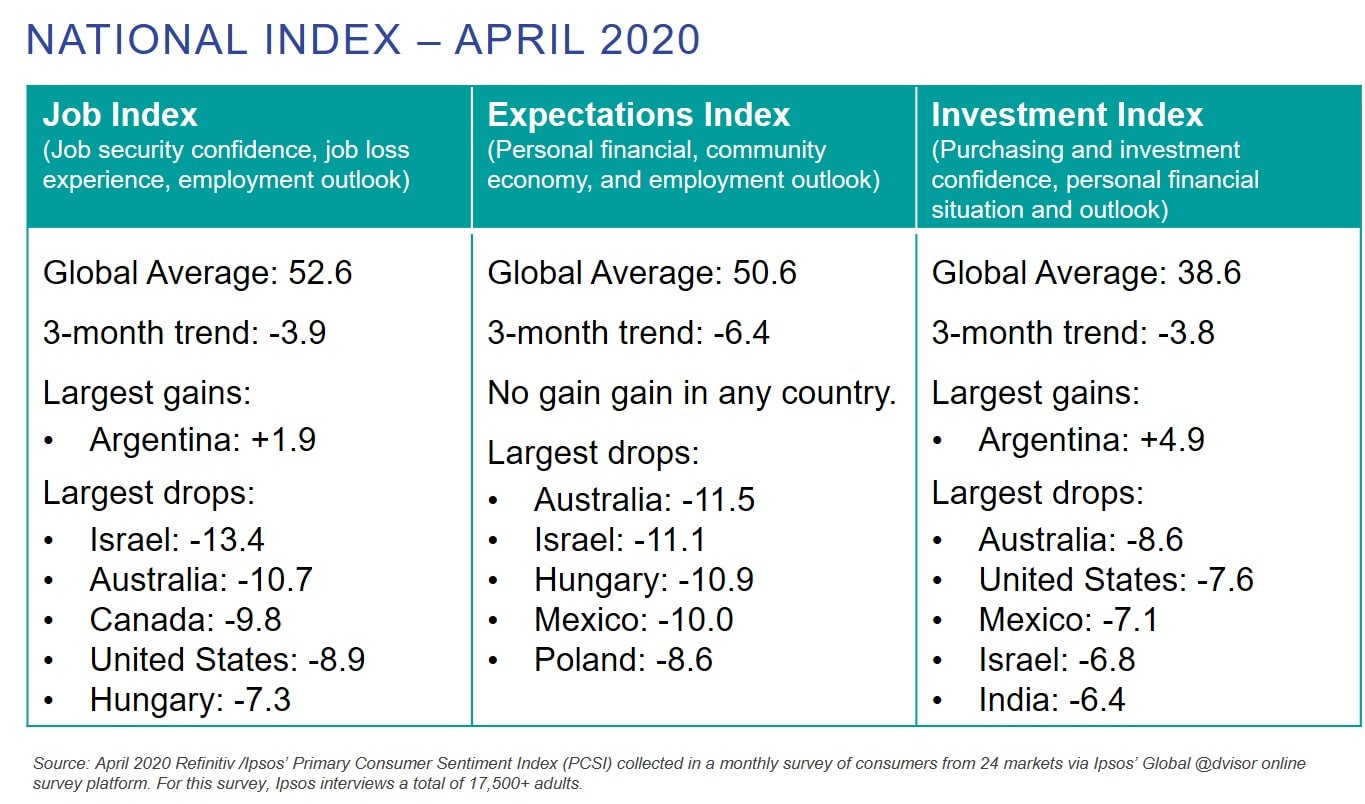 Visit our interactive portal, Ipsos' Consolidated Economic Indicators for graphic comparisons and trended data pertaining to the Ipsos Global Consumer Confidence Index and sub-indices -- and all the questions on which they are based.