Ipsos sampled 38 countries to find out which candidate they believe would win the election.

Chinese citizens are split between the candidates, with a small plurality saying “don’t know” (39%) followed by Trump (32%) and Clinton (28%). 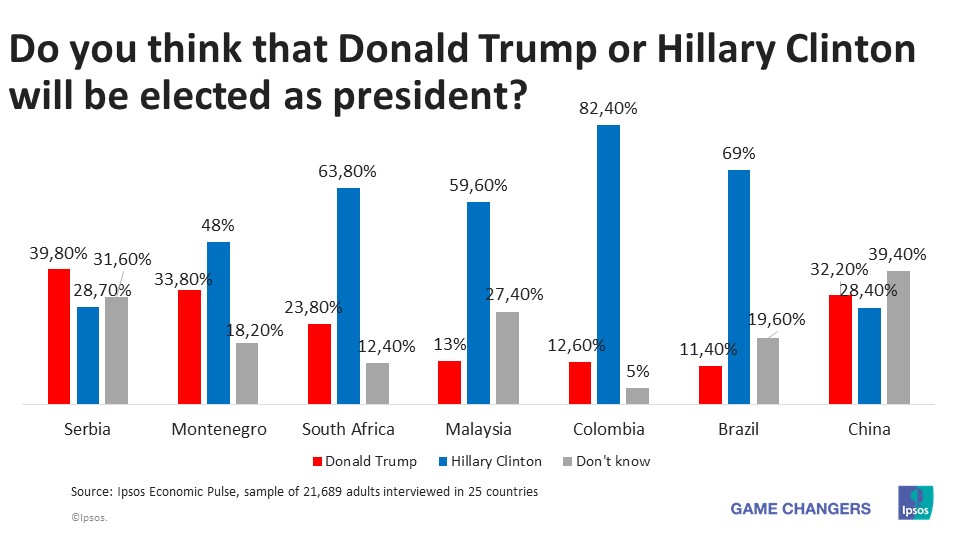 These are findings from an Ipsos poll conducted via Global @dvisor/Economic Pulse of the World. The survey instrument is conducted monthly in 25 countries around the world via the Ipsos Online Panel system.