Amid heightened trade-related tensions, consumer confidence has dropped more markedly in four of the world’s five largest economies over the past three months than it has globally. It is the case in the United States (by 1.9 points), mainland China (by 4.9 points), Germany (by 2.3 points) and India (by 5.4 points). Other markets that have seen a significant decline during that same period include: Spain (by 5.0 points), Italy (by 3.5 points), Mexico (by 2.4 points), Australia (by 1.9 points), South Africa (by 1.8 points), Belgium (by 1.7 points), and Canada (by 1.6 points). Among the 24 countries surveyed, only South Korea (+2.2) sees a significant three-month gain in its National Index. 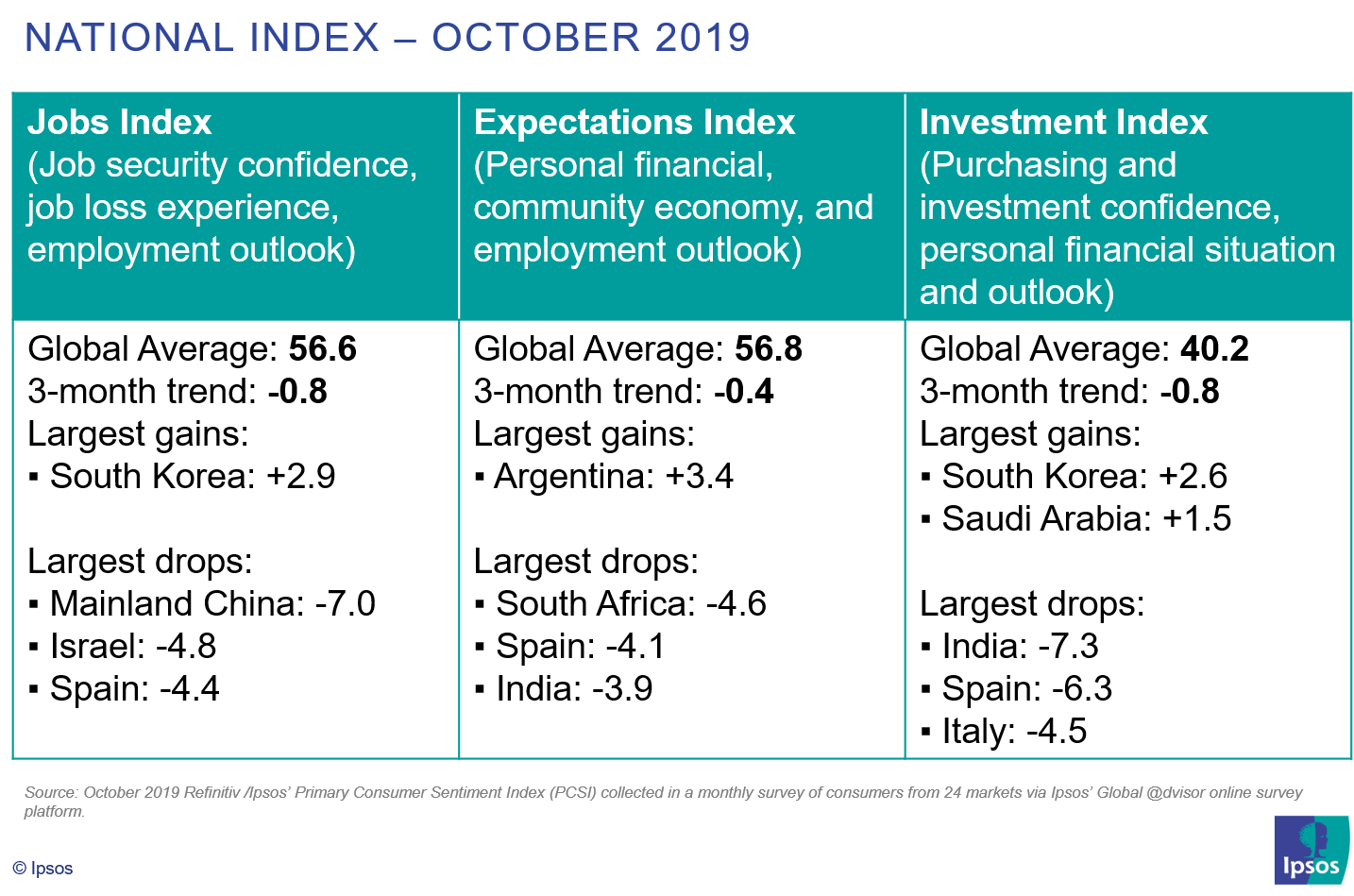 Visit our interactive portal, Ipsos Consolidated Economic Indicators for graphic comparisons and trended data pertaining to the Global Consumer Confidence Index and sub-indices - and all the questions on which they are based.