The U.S.’ relationship with other countries has been at the forefront of Trump’s presidency as he’s pushed ahead with re-negotiating trade deals, military alliances and even implemented anti-immigration policies and travel bans against nations - heightening international tensions.

But now when it comes closer to re-election in the U.S. – does it matter what the world thinks of him?

In a recent Global Advisor survey, we asked more than 22,500 people across 33 countries whether they think Trump will be re-elected as U.S. president?

The results are not as clear as one might think – showing polarization between countries going through their own nationalist or nativist wave.

Overall, 44% of the respondents said it is unlikely Trump will be re-elected as president, while just over a third (35%) think it could happen again.

Chris Jackson, VP of Public Affairs in the U.S. who specializes in political polling, said the top countries that foresee a Trump victory share a little bit of the populist wave that Trump is part of, and their leaders have expressed a special affinity for Trump.

“Benjamin Netanyahu in Israel has been very positive towards Trump after being very negative towards [Barack] Obama, and Boris Johnson in the UK, of course, was once referred to as the British Trump,” said Jackson.

“I think we see places that have sort of experienced something similar see this as a more realistic or likely outcome versus countries that have had more moderate governments that perhaps don’t quite understand this extent of populist rage and need to completely go outside the established norm for the sake of change.”

Kelly Beaver, Public Affairs Managing Director in the U.K., agreed saying we shouldn’t underestimate the cultural divisions and strength of populist sentiment still at large in the U.S., which could play out in favour of Trump again.

“The public in other countries would not have thought that Boris Johnson’s Conservative government would have achieved such a strong majority, and they underestimated the cultural divisions in the UK - which outside of London favoured Johnson,” said Beaver.

“Similarly, there could be some of that playing out globally with views of Trump.”

In our final poll before the UK election in December, Ipsos MORI had forecast that Johnson’s Conservative government would win 44% of the votes. The Conservatives won by 45%.

In India, Parijat Chakraborty, Public Affairs and Corporate Reputation Leader, added that Indian politics is going through its own wave of conservative mindset and nationalist agenda.

“To a great extent it resonates with the agenda of Trump. Hence, the positive disposition of Indians towards him,” said Chakraborty. “Some controversies around the nationalist agendas might have actually helped Trump in reverse-polarizing and consolidating his fandom.”

The difference between global & U.S. polls

The most recent polls in the U.S. show a majority of Americans (55%-60%) think Trump will be re-elected with ongoing impeachment proceedings having little impact. That likelihood is much higher than the global average of 35% in our survey, and also against the higher result of those that think he will not be elected. 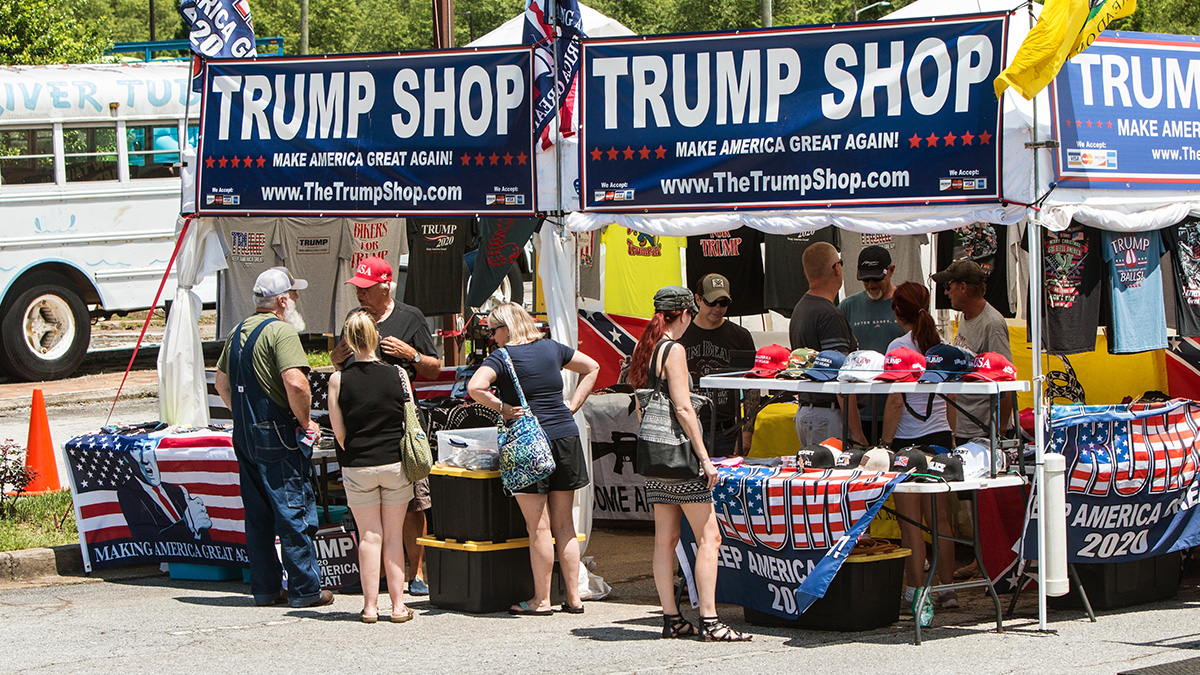 Jessica Elgood, Director at Ipsos in Australia, said most of the world does not like Trump and see many reasons not to re-elect him, and the poll results could reflect the fact that people are saying they hope he doesn’t get re-elected, rather than they don’t think he will get re-elected.

“For those us not in the U.S., it’s amazing that the breadth of his behaviour isn’t enough to turn voters against him.” said Elgood. “Possibly, these findings show a lack of understanding of Trump voters; his ‘negative’ behaviour - impeachment - doesn’t seem to deter his core vote. In fact, quite the opposite.”

Jackson agreed, adding that while people outside of the U.S. may see Trump as a “cartoonish” figure and find it difficult to understand why Americans would want to re-elect him - factors like impeachment hearings and the democratic nominations are really more noise than a signal that could move the needle against Trump in a significant way.

“Do they interpret it as a loss and become demoralized in which case, maybe, they don't show up to vote in November?” said Jackson. “Or, do they take it as yet another time that Trump and his supporters have cheated and taken advantage of the system and it makes them even more upset and that drives them to greater turn outs with Democrats in November.”

Looking forward, all pollsters pointed out that when the economy is doing well like the U.S. has been growing – presidents tend to get re-elected.

The economy will be biggest factor in the upcoming election and the most difficult for researchers to forecast, according to Jackson.

“If the economy turns and starts getting worse - there were certainly some discussion last year and we’re seeing signs internationally of some economic slowdown happening with China’s growth slowing, and Brexit is going to happen finally,” said Jackson.

“Who knows what that impact is going to be, and if that sort of spreads it to the U.S. Then, I think Donald Trump's chance of being re-elected drop very quickly.”