Because of their immense spending power, Affluent are highly rewarding customers for travel brands. Not only does the average Affluent make five roundtrips a year, they are also not afraid to splurge during their limited time off. Even in still developing markets like China, Affluent travellers already spend over $9000 on international leisure trips a year. 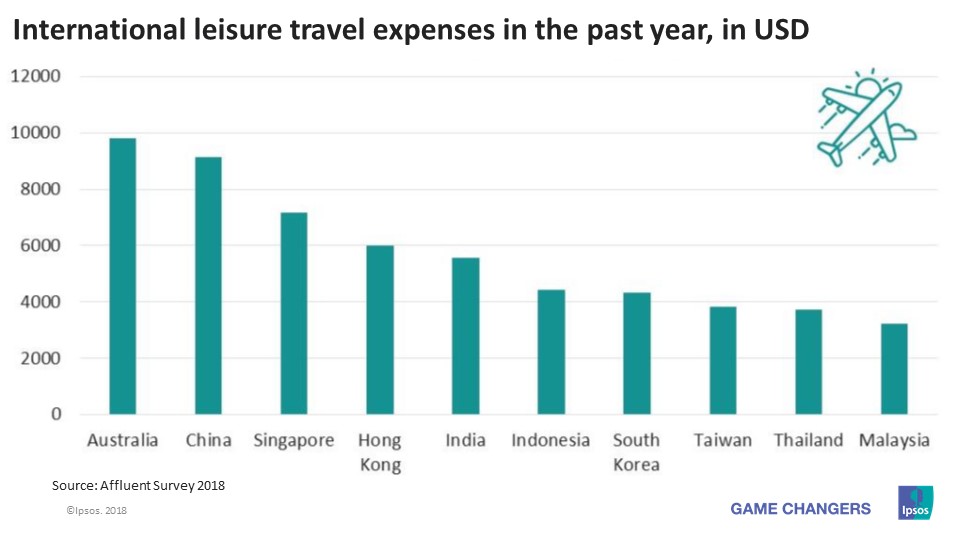 With emerging middle classes in different parts of the world increasing the number of tourists globally, what this lucrative target group craves most is exclusivity. Now that we travel more frequently and further than ever, destinations that once used to be unexplored territory are now becoming increasingly crowded.

Especially young Affluent singles and young Affluent without children are looking to discover places off the beaten track. For example, 77% of the European Affluent Millennials say they value exploration and discovery, and 79% enjoys going to new travel destinations. Relatively popular among this target group are safari’s and trekking adventures, luxury spa holidays and active sports trips. 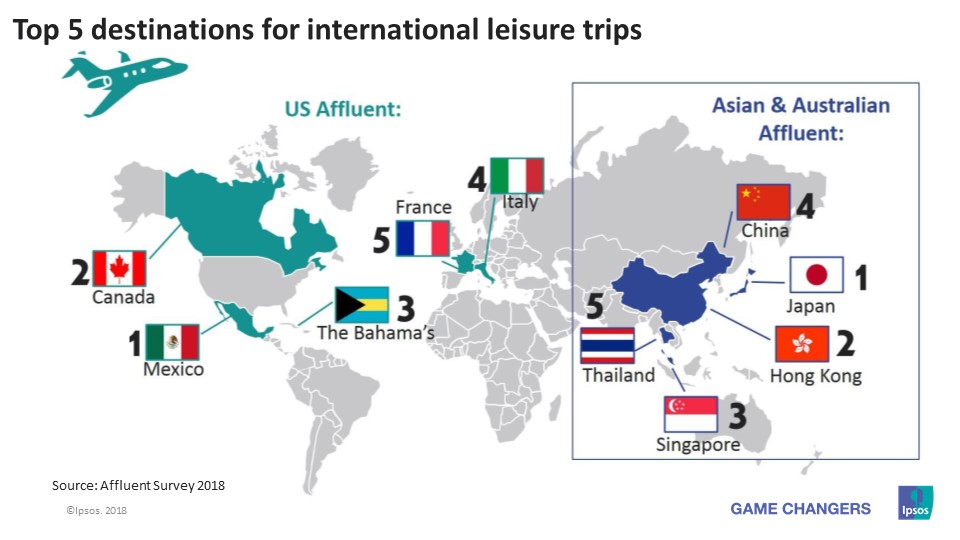 If European Affluent want to get away from the crowd, they should avoid Spain: over 5.4 million of them have planned a holiday to the Spanish mainland in the next year. Also popular are the United States (4.5 million) and Italy (3.6 million). Upcoming destinations for adventurous European Millennials include the Seychelles, Colombia and Peru, whereas countries like South Africa, Namibia and Malaysia attract rich babyboomers, that offer exotic getaways with high levels of comfort. 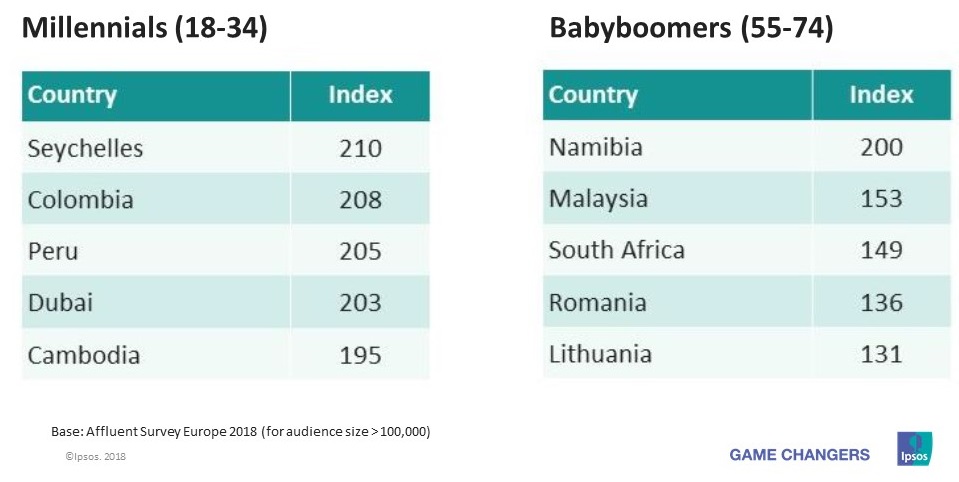 So where do these Affluent travellers stay? Four star hotels are the most popular choice for Affluent in the US and Asia. Respectively 38% and 36% prefer this type of accommodation, although there are clear differences between age groups. For example, luxury boutique hotels welcome an increasing number of Millennials: 1.6 million young American Affluent typically stay in this type of accommodation. Cruises remain popular with the older target group, with a total number of 3.8 million regular passengers in the US.

For frequent travellers like the Affluent, the world is their playground. In Europe, 57% of the Affluent describe themselves as global citizens. Especially women are internationally-minded: almost three-quarters of all females say they are interested in other foreign cultures, compared to only 67% of the male Affluent.

At Ipsos Affluent Intelligence, we deliver data and insights that help you to reach and understand the world’s most influential consumers. Since 1995, our Ipsos Affluent Survey has been tracking the media use and consumption habits of almost 85.000 respondents within the top income segment, representing about 145 million Affluent in 50 countries. Contact us and learn more the Affluent today.