The SNP retains a strong lead in voting intention for both constituency and list votes. The Scottish Conservatives remain in second place on both votes, with Scottish Labour close behind. All polls are subject to a margin of error and the true value of support for any party is likely to lie within 4 percentage points of the estimate provided by this poll. 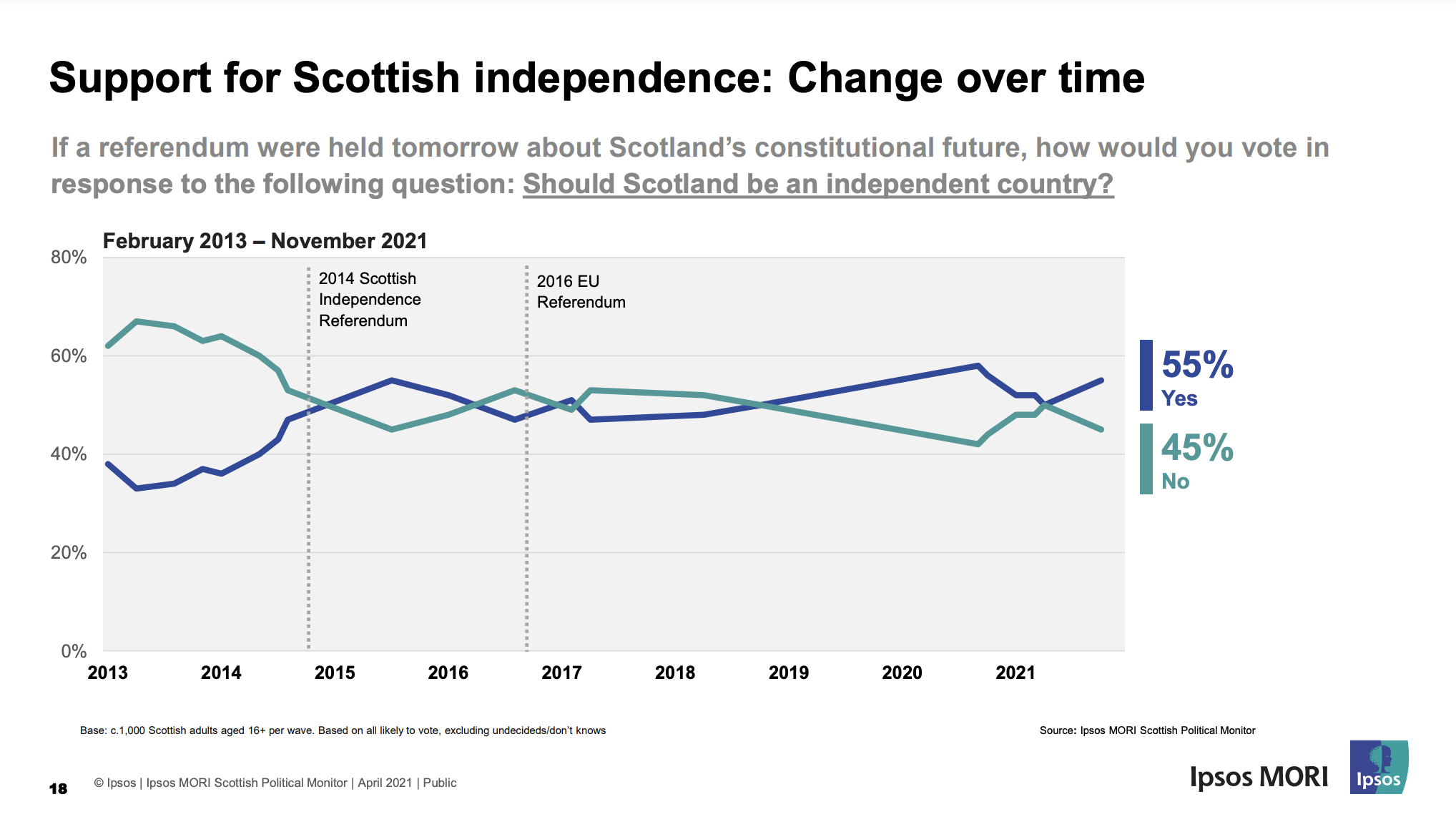 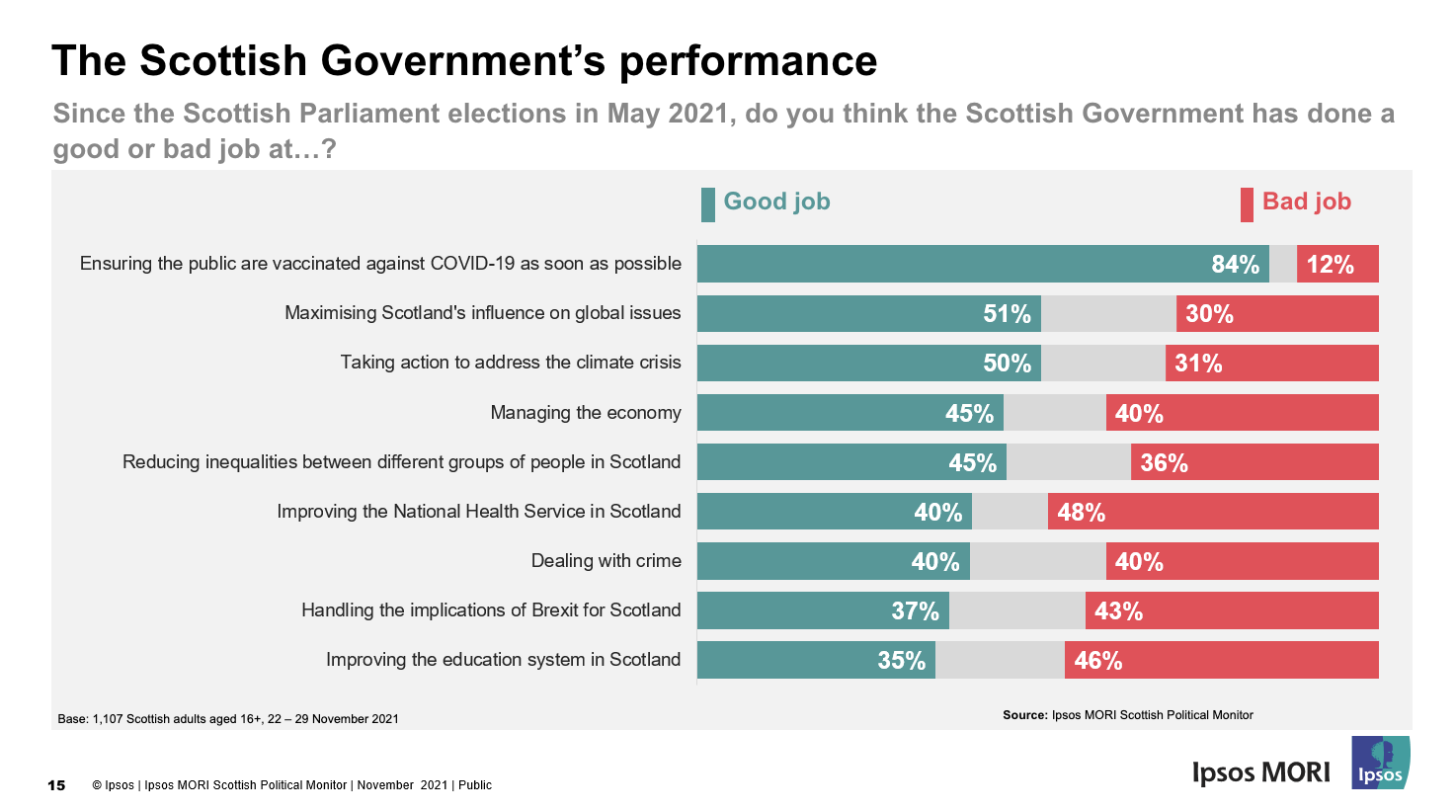 This latest poll from Ipsos MORI and STV News indicates that the argument for Scottish independence is far from over, with a slight improvement for the Yes side. Given the margins of error around polling estimates, however, neither the Yes or No camps should be confident of victory at this point. The Yes camp may be benefiting from what has been a very bad week for Boris Johnson and the Conservatives at Westminster, with fieldwork taking place after heated debate about MPs’ second jobs. This is certainly reflected in Johnson’s own ratings, which have fallen to a new low.