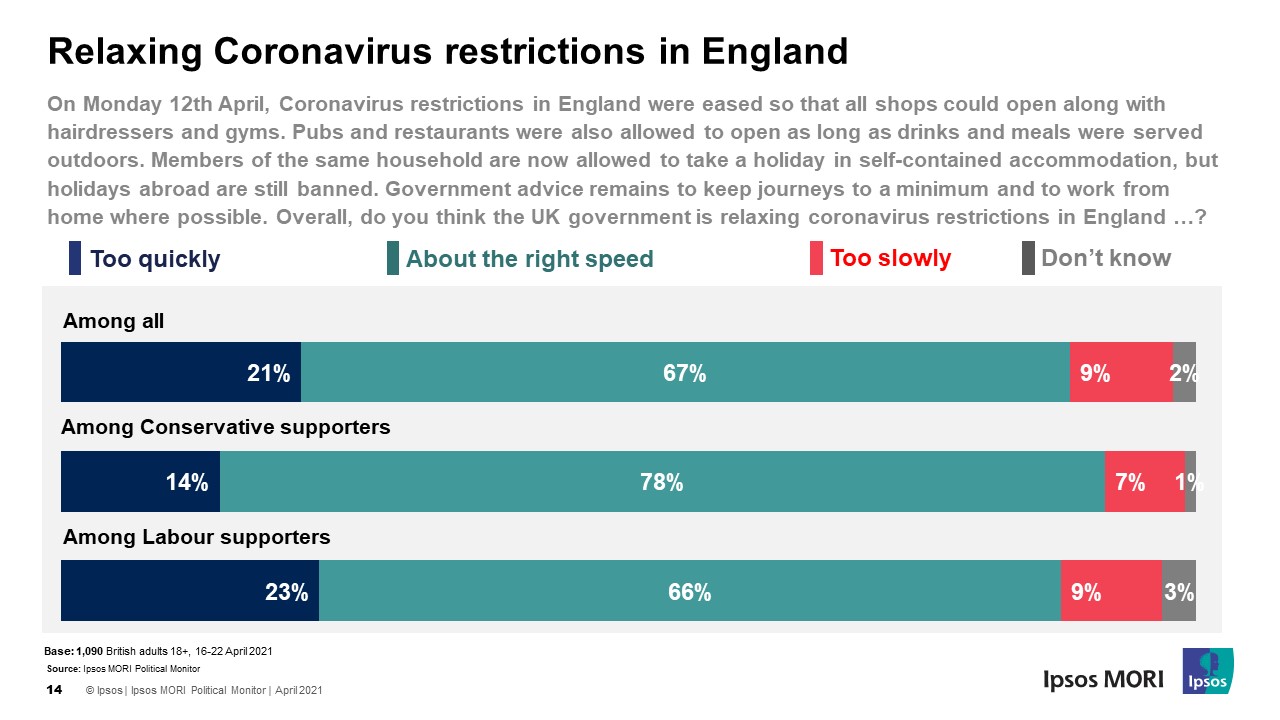 The public are split on whether the Government has been doing well or badly handling the coronavirus outbreak where 45% say well (up 4 points from March) while 45% say badly (up 1 point). Despite this, they continue to view the vaccination programme in a very positive light with 86% saying the Government has done a good job ensuring the public are vaccinated as soon as possible – this even includes 85% of Labour supporters.

Handling of the Covid-19 pandemic and vaccines 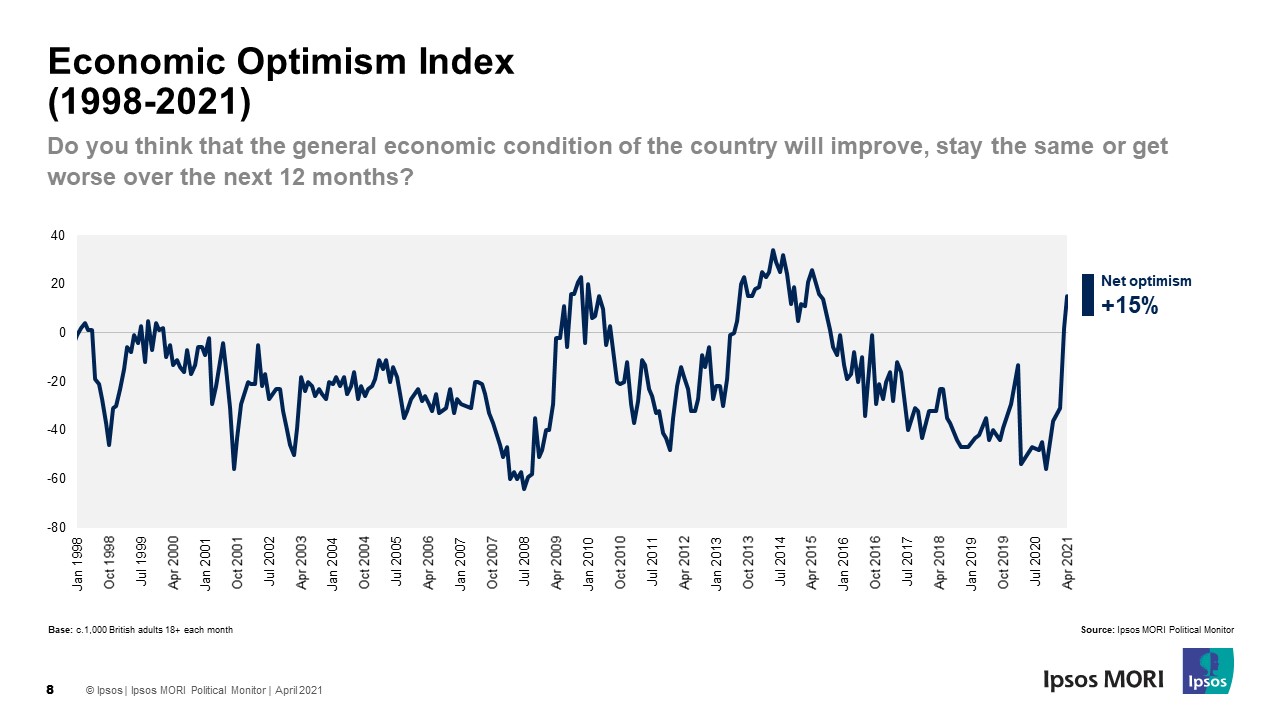 Conservative supporters are feeling slightly less enthusiastic this month, which is feeding through into vote share, although there is little sign of much switching to Labour. At the same time, some of the underlying numbers remain more positive for the Government, with economic optimism increasing once again, and very strong ratings for the vaccination programme across the board, which means we need to wait to see whether this is just a short-term effect. But this data suggests that the upcoming elections will be an important test for both parties.

Ipsos MORI interviewed a representative sample of 1,090 adults aged 18+ across Great Britain. Interviews were conducted by telephone 16th – 22nd April 2021. Data are weighted to the profile of the population. All polls are subject to a wide range of potential sources of error. On the basis of the historical record of the polls at recent general elections, there is a 9 in 10 chance that the true value of a party’s support lies within 4 points of the estimates provided by this poll, and a 2 in 3 chance that they lie within 2 points.