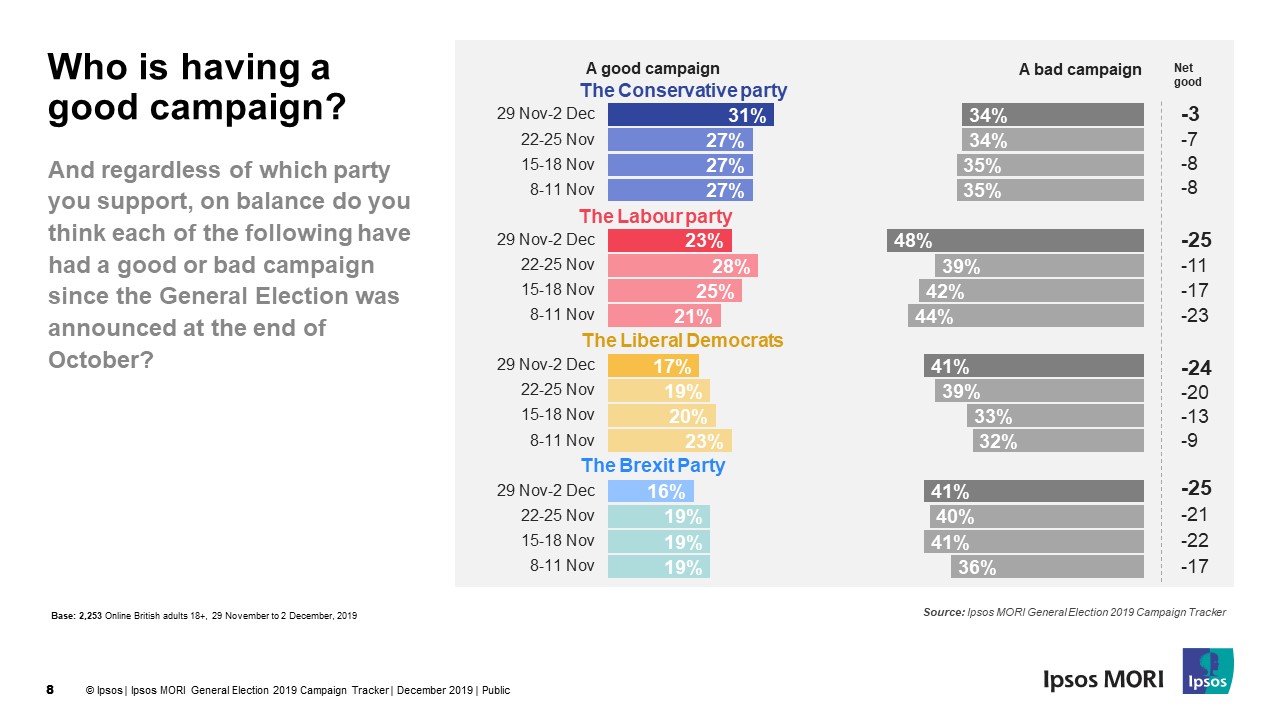 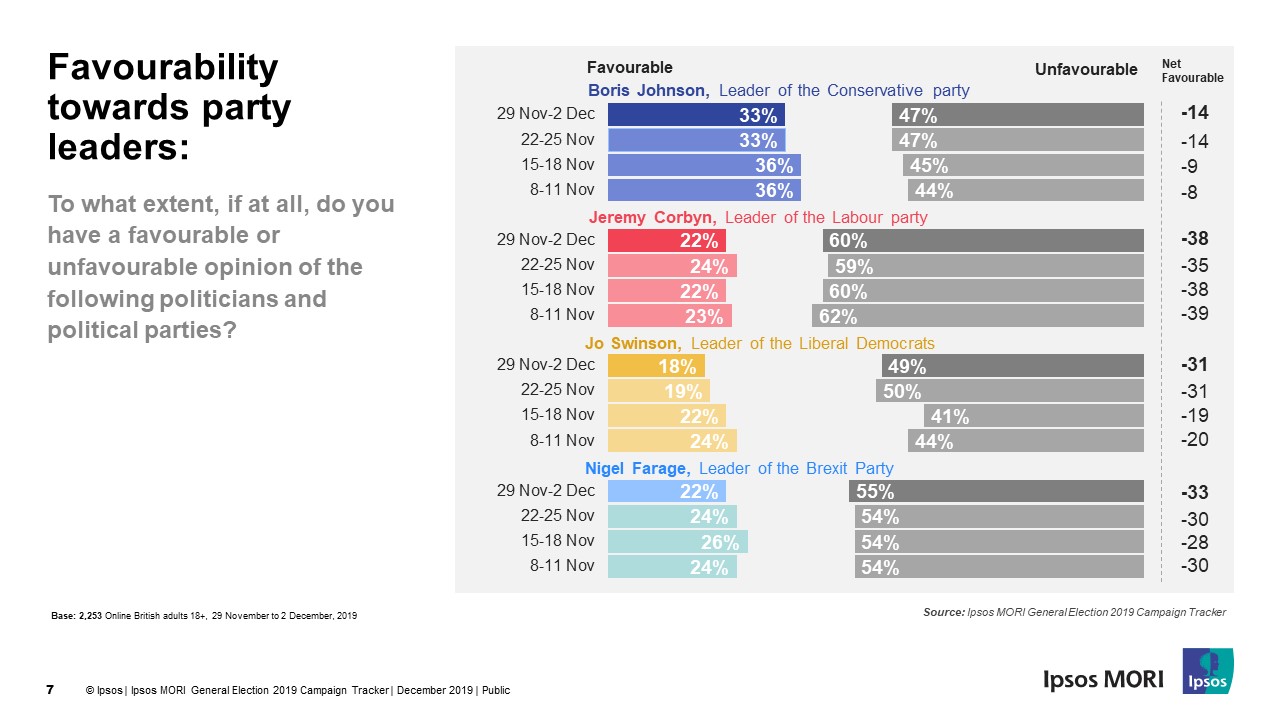 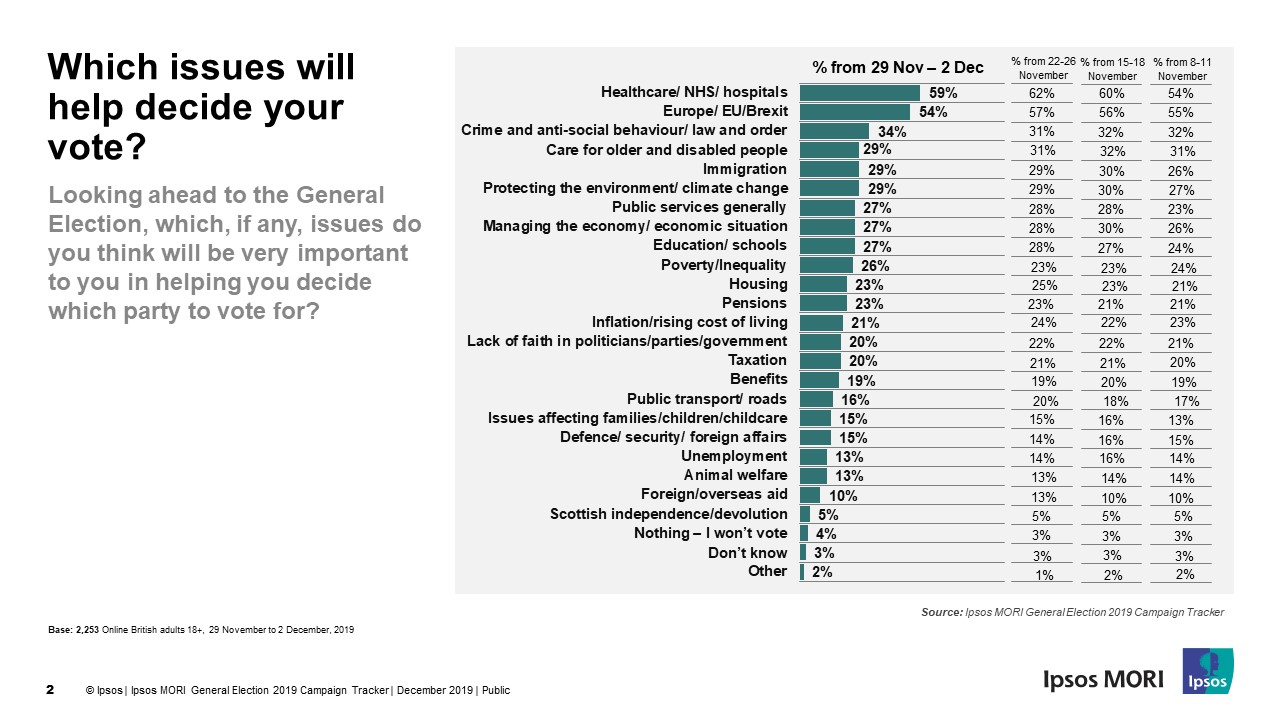 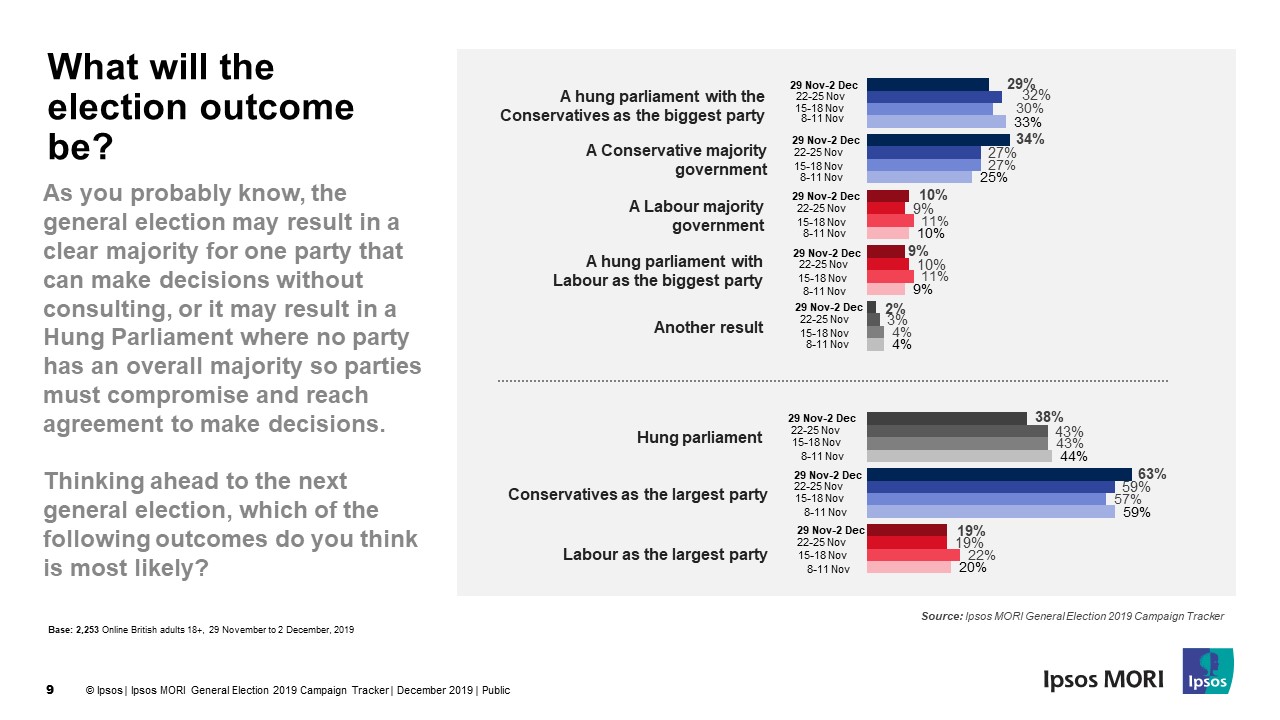 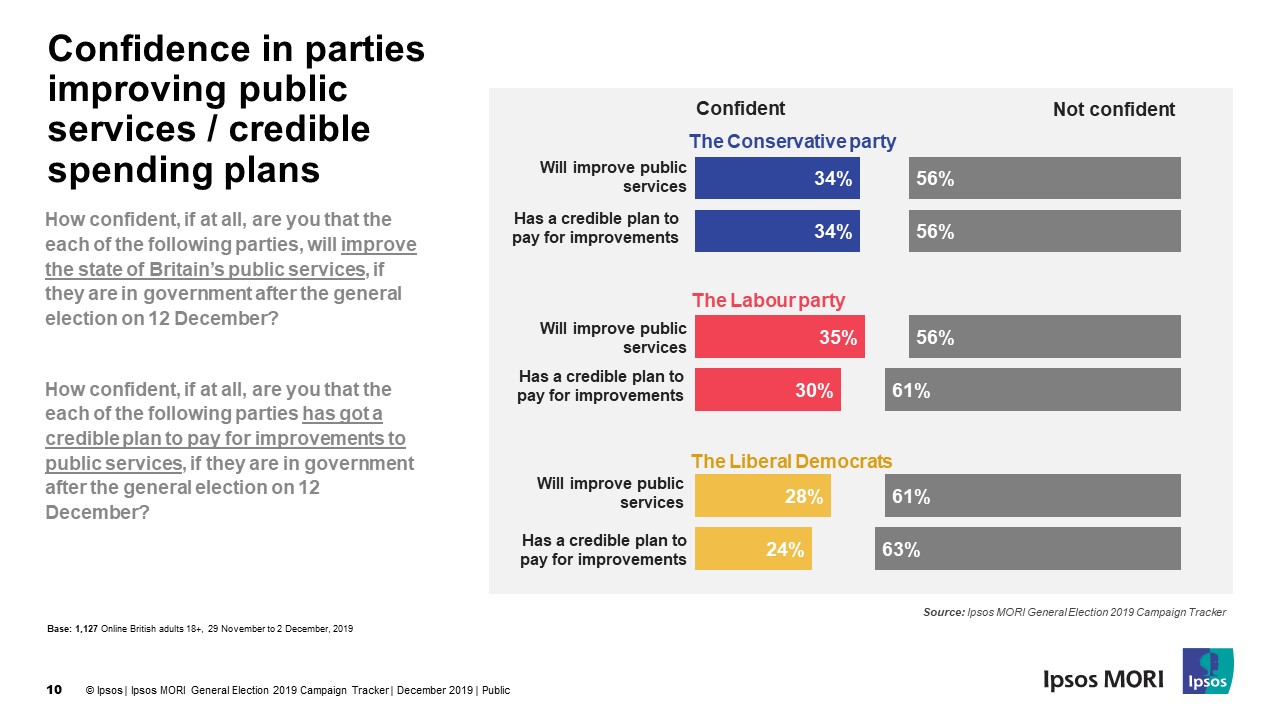 With just over a week to go until polling day, the key indicators in our campaign tracker look positive for the Conservatives. The British public are most likely to see the Conservative Party as having a good campaign, more favourable towards Boris Johnson than other party leaders and they are now more likely to predict a Conservative majority ahead of other election outcomes. However, as the saying goes, a week is a long time in politics, and it remains to be seen whether or not the Conservatives can convert the positive figures for the party in this poll into a majority next week.

Ipsos MORI interviewed a representative sample of 2,253 British adults. Interviews were conducted online: 29th November to 2nd December.  Data are weighted to match the profile of the population. All polls are subject to a wide range of potential sources of error.