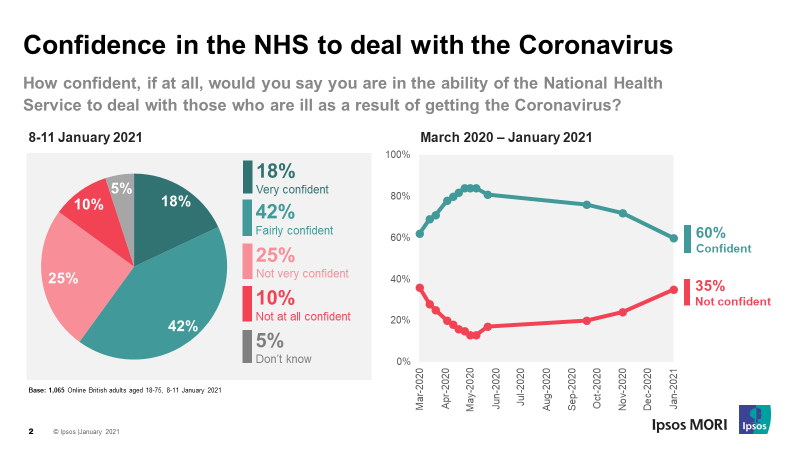 Public confidence in the NHS has fallen to its lowest point in the pandemic, driven by media coverage of hospitals under pressure. In one sense this may be helpful in encouraging the public to maintain social distancing, but the challenge will be rebuilding it after the pandemic when waiting lists will likely be at record levels.