In the latest Ipsos MORI poll, with fieldwork conducted before the election was called, the Conservatives have taken a 17-point lead over Labour, significantly improving on their position in September. 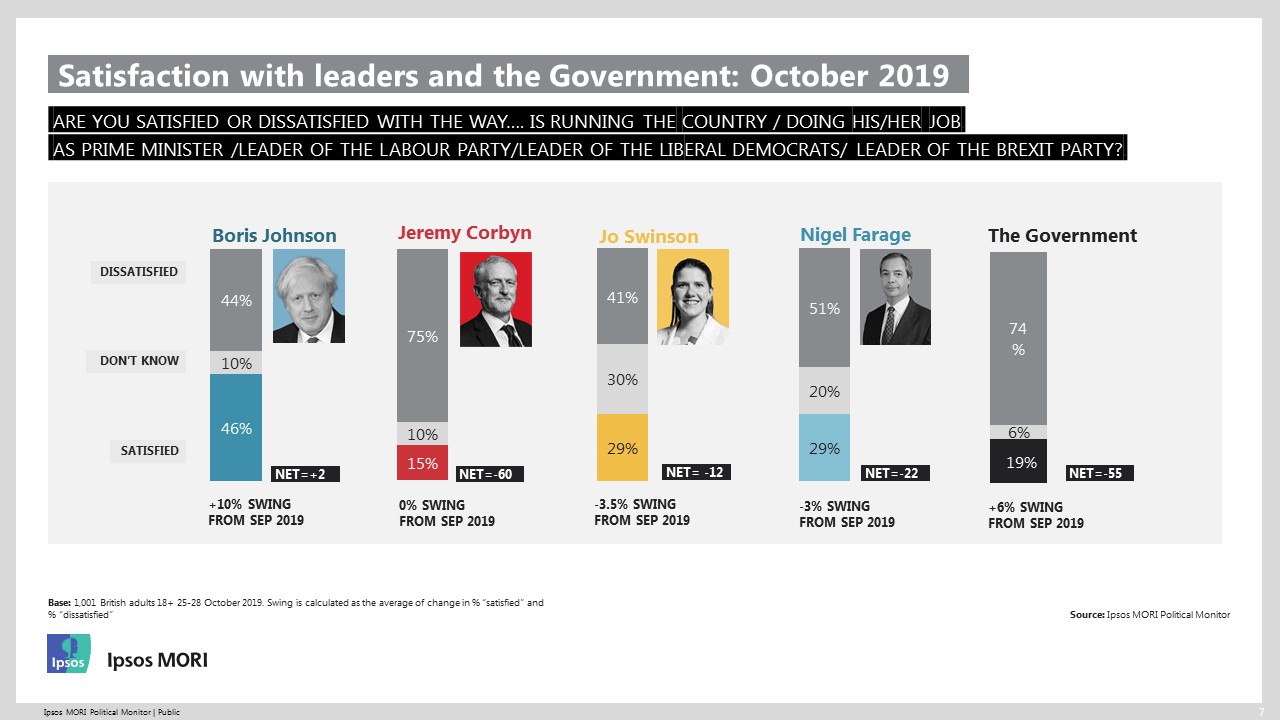 Johnson’s deal and handling of Brexit 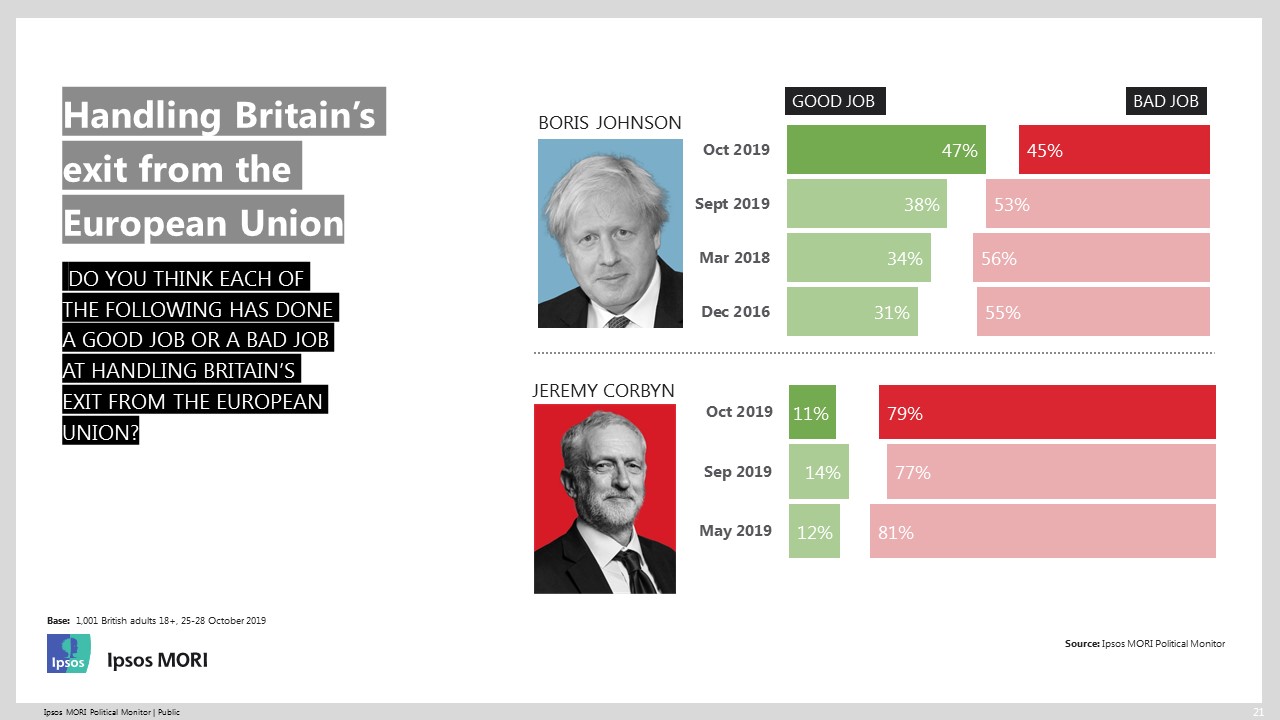 Despite positive poll ratings for the Conservatives and Johnson this month there are some warning signs for the government as the election campaign begins.

Johnson and Britain’s standing in the world

As Theresa May knows, a poll lead before a campaign has got started is no guarantee of success. This poll also puts the Conservatives at the upper margins compared with other polls. Nevertheless, it confirms the Conservatives are starting in a strong position: on a central issue of the campaign their Brexit strategy is galvanising their support, with little sign they are receiving much blame for the delay, while they also have the most popular leader, a key factor in previous elections.  However, the low ratings for the government overall suggests they could be vulnerable if the campaign moves onto other areas, and things can still change

Ipsos MORI interviewed a representative sample of 1,001 adults aged 18+ across Great Britain. Interviews were conducted by telephone 25th – 28th October 2019.  Data are weighted to the profile of the population. All polls are subject to a wide range of potential sources of error. On the basis of the historical record of the polls at recent general elections, there is a 9 in 10 chance that the true value of a party’s support lies within 4 points of the estimates provided by this poll, and a 2 in 3 chance that they lie within 2 points.