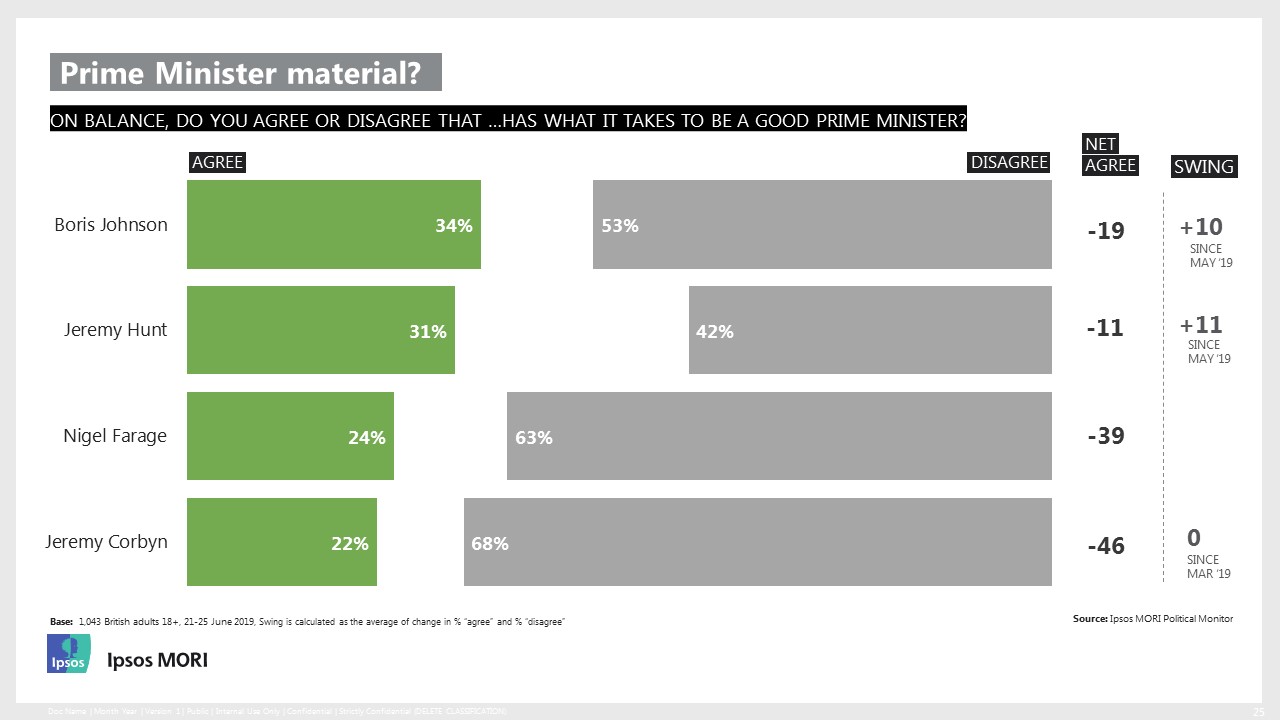 Britons were asked whether a series of personal attributes applied to Jeremy Corbyn and Nigel Farage (data for Johnson and Hunt were released on June 27th). Corbyn’s ratings, which improved after the 2017 General Election, continue to fall while Farage is seen more positively than the Labour leader on several key attributes. 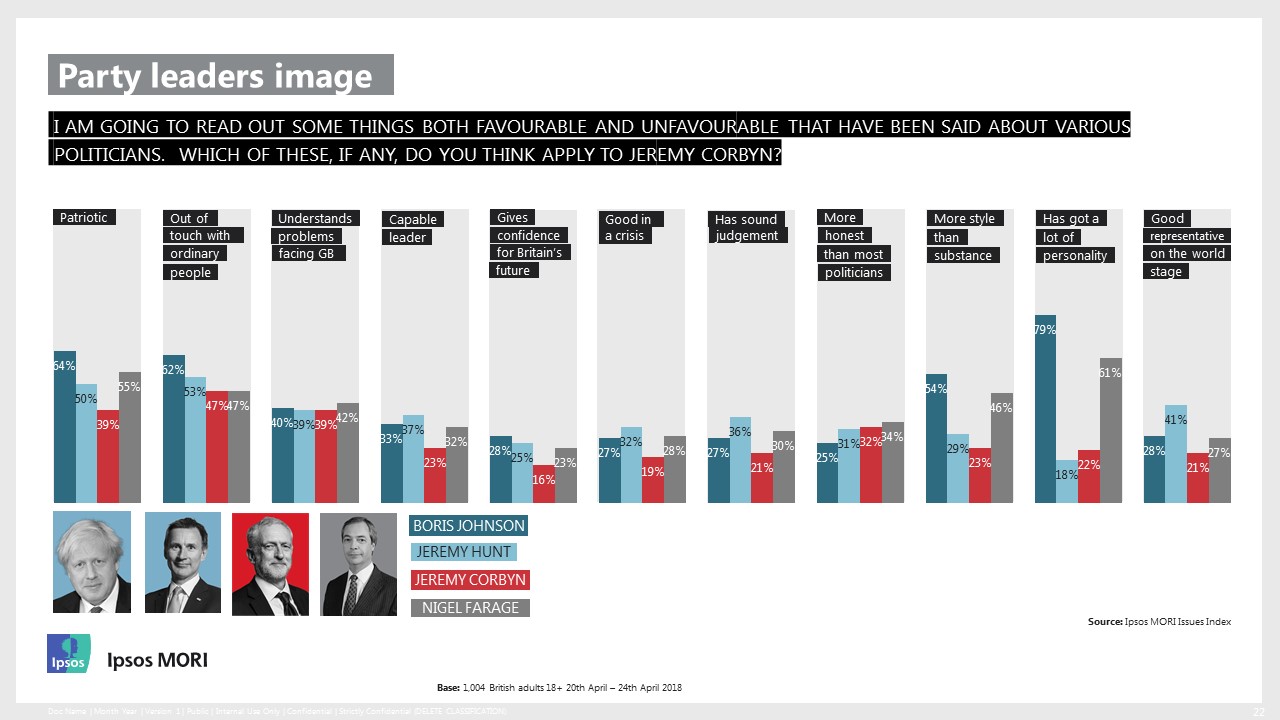 When he was up against Theresa May, Jeremy Corbyn’s public image was strongest on honesty, personality and being less out of touch, but his ratings have fallen on all of these, while remaining weak on factors such as being good in a crisis.  This will all make it harder for him to capitalise against the new opponents he will have to face as May’s premiership ends – although in this volatile political situation there is still scope for public opinion to change as events unfold.  He is also behind on Brexit – more Britons dislike his approach to Brexit than that of Messrs Johnson, Hunt and Farage (even half of his own party supporters say they do not like it).

Ipsos MORI interviewed a representative sample of 1,043 adults aged 18+ across Great Britain. Interviews were conducted by telephone 21st – 25th 2019.  Data are weighted to the profile of the population. All polls are subject to a wide range of potential sources of error. On the basis of the historical record of the polls at recent general elections, there is a 9 in 10 chance that the true value of a party’s support lies within 4 points of the estimates provided by this poll, and a 2 in 3 chance that they lie within 2 points.