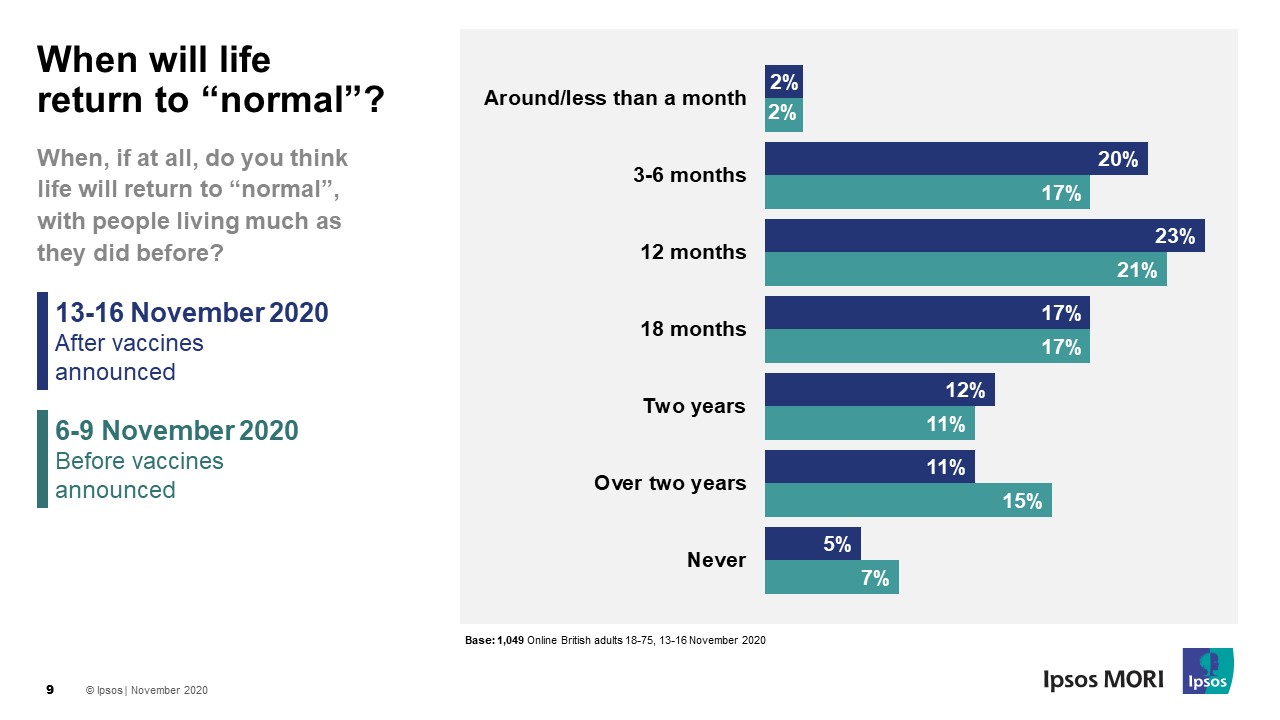 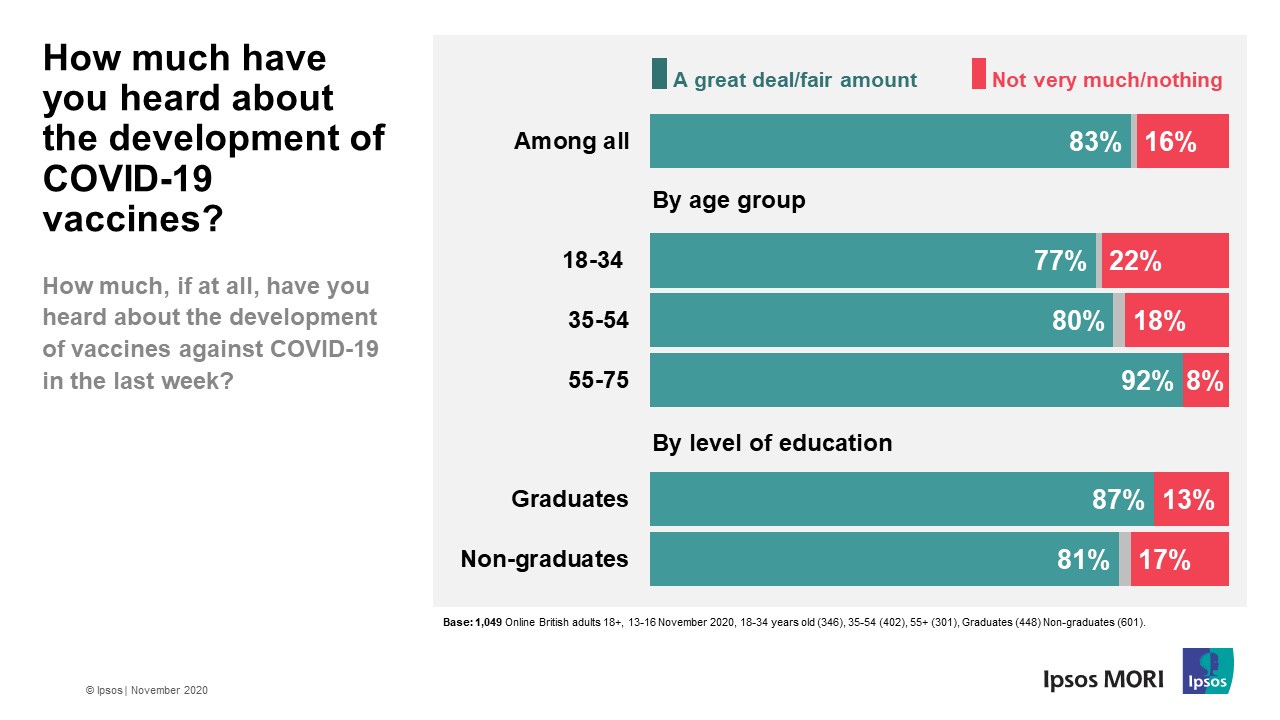 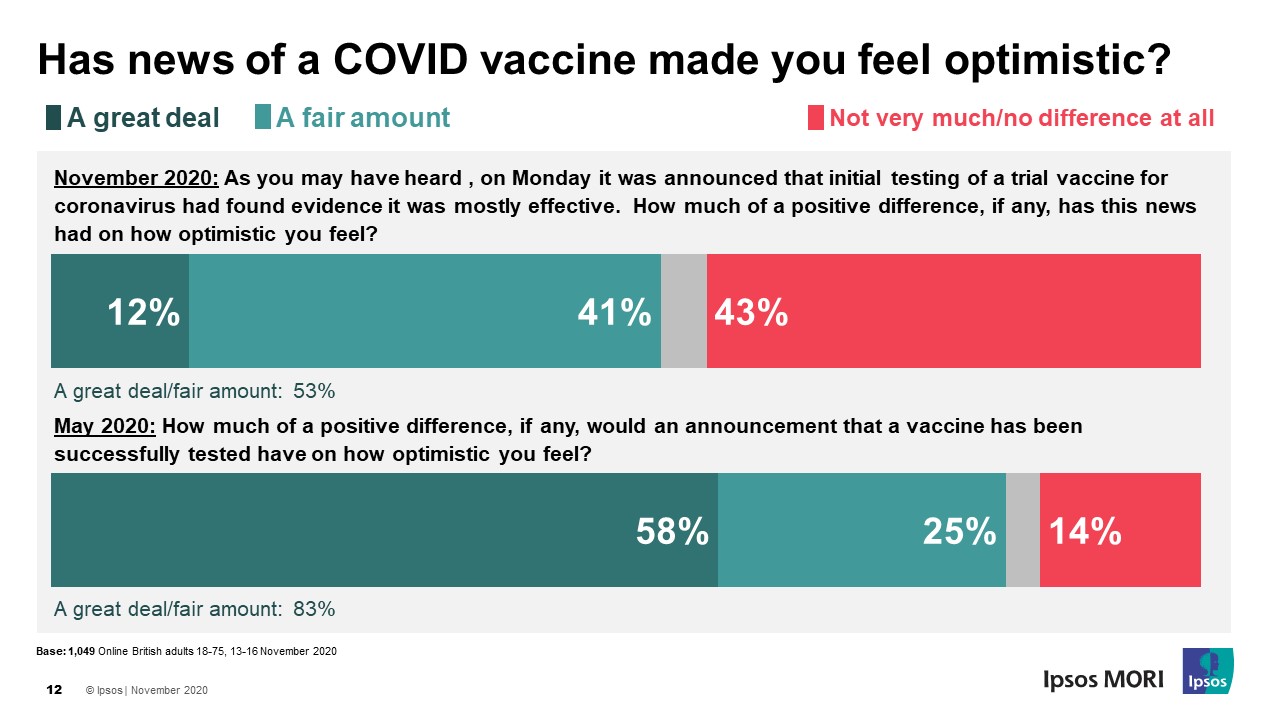 Further, while the news has certainly given some people hope, there are still significant numbers of people who are unsure whether they will take the vaccine if it is made available to them. Almost two in five (37%) say they definitely would take it, with a further 31% saying they would probably take it.  Those in the oldest age groups are the most likely to get vaccinated; 45% of those aged 55-75 say they would definitely take it, compared with 37% of those aged 35-54 and 28% of those aged 18-34. 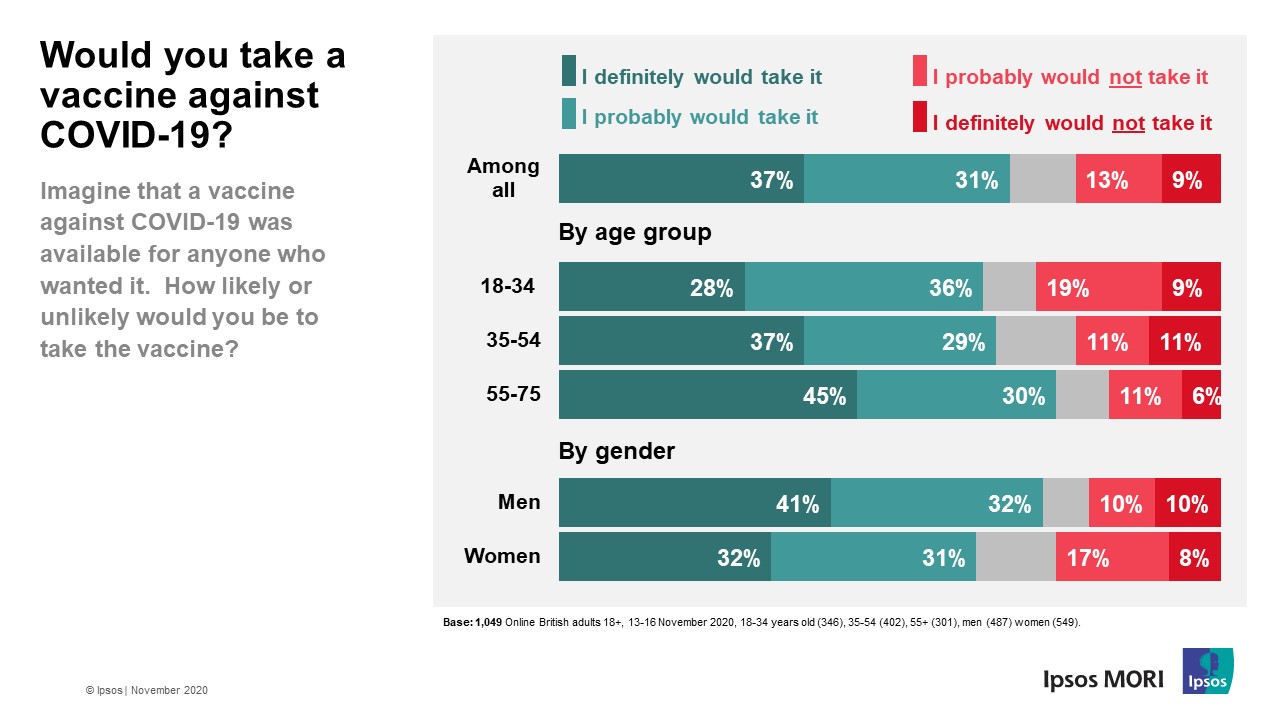 The research also suggests that the benefit to society as a whole and the success of other vaccines are the most convincing arguments to have a coronavirus vaccine according to Britons, alongside the desire to protect themselves from the virus. Around three in four people give the following reasons: to protect other people from catching the coronavirus (77%), because vaccines have been successful against other diseases (77%), to reduce the risk of catching it (76%) and to reduce the risk of becoming seriously ill if they do catch it (76%). 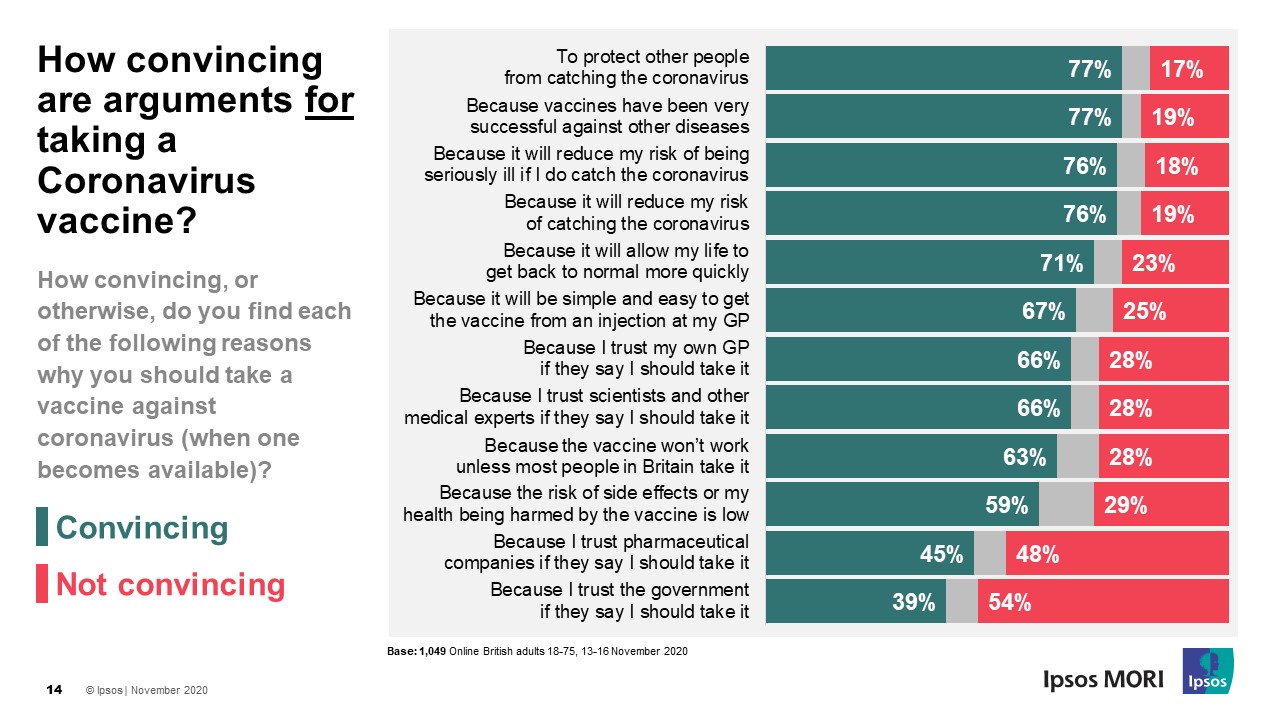 When asked about arguments against taking the vaccine, the most convincing are those relating to the speed of its development and testing. Around three in five say that there hasn’t been enough time to see what the side-effects might be (61%) or to test whether it really works (58%). However, this is followed by a more altruistic concern that there won’t be enough doses for everyone and other people will need it more (51%).

These findings underline the critical importance not only of vaccine development in finding a way out of this pandemic, but of also the fundamental importance of public engagement about any vaccination program the Government intends to run. With over a fifth of Brits either not sure or leaning towards not taking a vaccine, there is a greater need than ever for clear communications from government, targeted at convincing those waverers of the importance of this step in fighting COVID-19.

Ipsos MORI interviewed a representative sample of 1,049 British adults aged 18-75. Interviews were conducted online from 13-16 November 2020. Data are weighted to match the profile of the population. All polls are subject to a wide range of potential sources of error.