Other findings the poll reveals are: 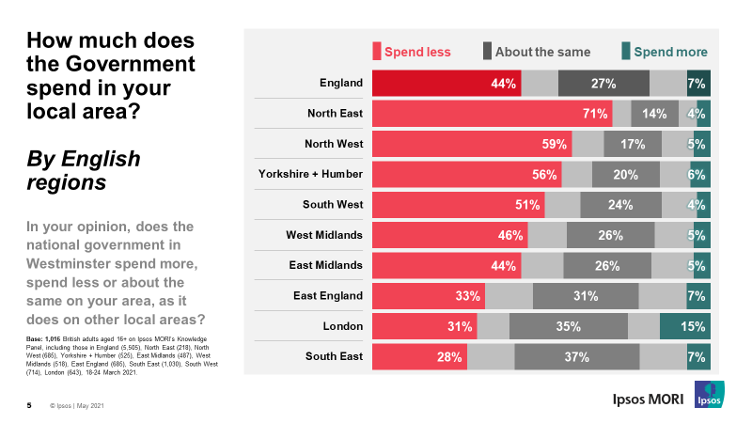 With elections taking place across England for councils and mayors, Ipsos MORI finds that there are clear regional differences in how people perceive the national government in Westminster spends money regionally, with those in the North East by far the most likely to feel the national government spends less there than on other local areas. Whether this impacts on how people vote in the local elections in the North East will be an interesting point of analysis once all the votes are counted.