New online polling by Ipsos MORI finds that just 20% of people would feel comfortable taking a holiday abroad if the lockdown restrictions were lifted in the next month.  It looks like the UK tourism trade could recover more quickly, with 45% of Britons aged 18-75 saying they would feel comfortable holidaying in this country, although a similar proportion (44%) would still have their worries.

In an expanded and updated review of our research from April, there seems to be little change in the public’s anticipated ease in behaviours like travelling on public transport (22% feel comfortable) or visiting bars and restaurants (29%).  Despite the current debate, half of parents remain uncomfortable with the idea of sending their children to school in the next month, with 38% now comfortable, little change from three weeks ago. 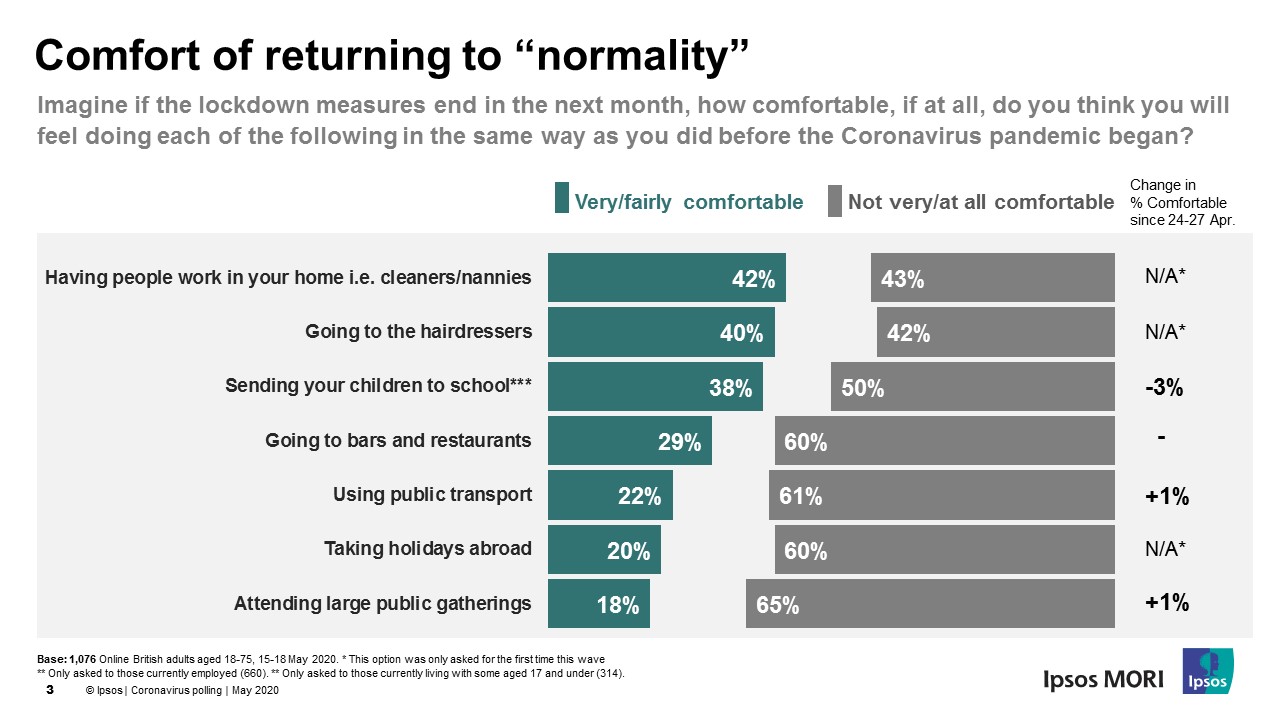 A majority of people (58%) say they would feel comfortable visiting their GP for non-coronavirus related issues, however a third are anxious about doing this.

Despite people being encouraged to return to work where working from home isn’t an option, only 47% of workers feel comfortable returning to their place of work, again little change from April.  There has been a small increase in the proportion who would feel comfortable shopping in supermarkets as normal (up five points to 56%), although one in three would still be worried. 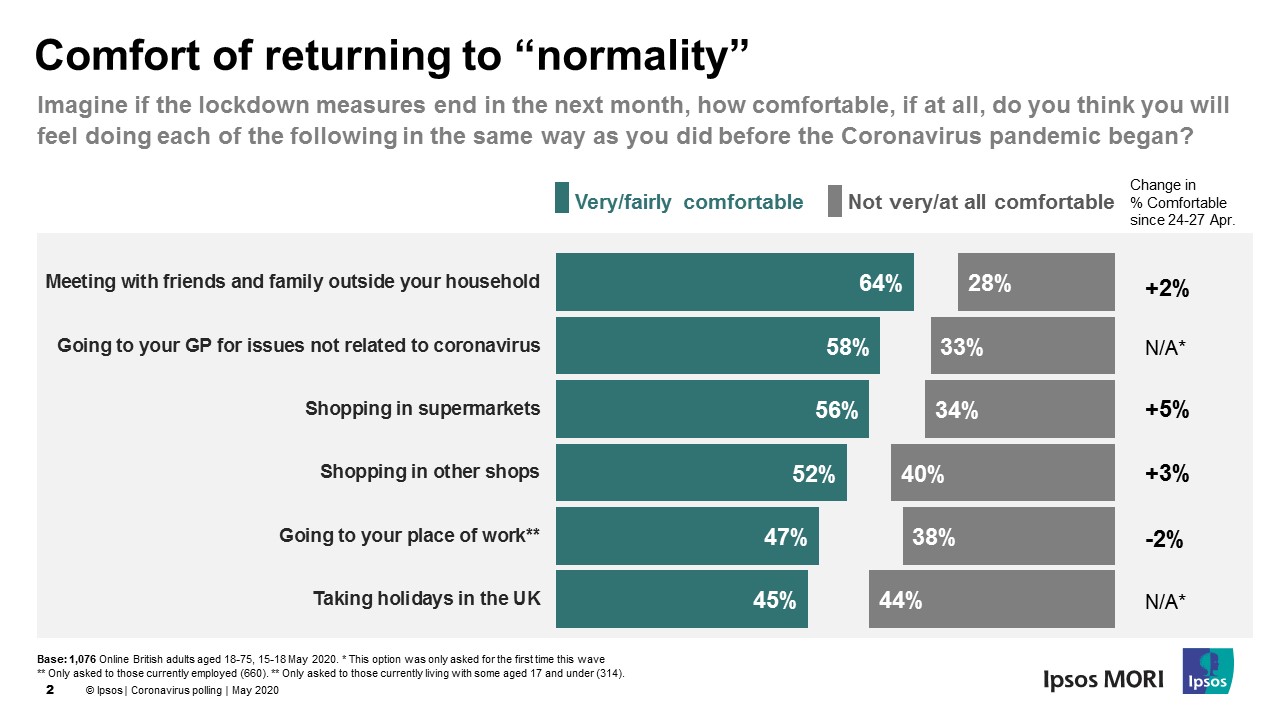 On many of these measures, women are less likely to feel comfortable doing them if lockdown restrictions end than men.  For example, women are more likely to say they wouldn’t feel very comfortable using public transport (70% vs 52%  of men), going to bars and restaurants (67% vs 52% of men), going on foreign holidays (69% vs 55% of men), having people working in their home (49% vs 37% of men), or going to their place of work (43% of women workers vs 33% of men).

Despite the summer holidays looming, only two in ten people say they would be comfortable holidaying abroad if lockdown was lifted in the coming month.  Our findings hold out more hope for those running tourism businesses in the UK, but there are clearly still many people who will need to be reassured.  Overall, the public mood does not seem to have shifted very significantly – whilst people are looking forward to seeing friends and family again, there are still many anxieties that need to be overcome before life will begin to return to normal.

Ipsos MORI interviewed a representative sample of 1,076 British adults aged 18-75. Interviews were conducted via online omnibus from 15th – 18th May 2020.  Data are weighted to match the profile of the population. All polls are subject to a wide range of potential sources of error.