Theories about how the coronavirus can spread varies across 16 countries with some myths holding more prominence in regions like emerging markets, according to the latest survey by Ipsos. 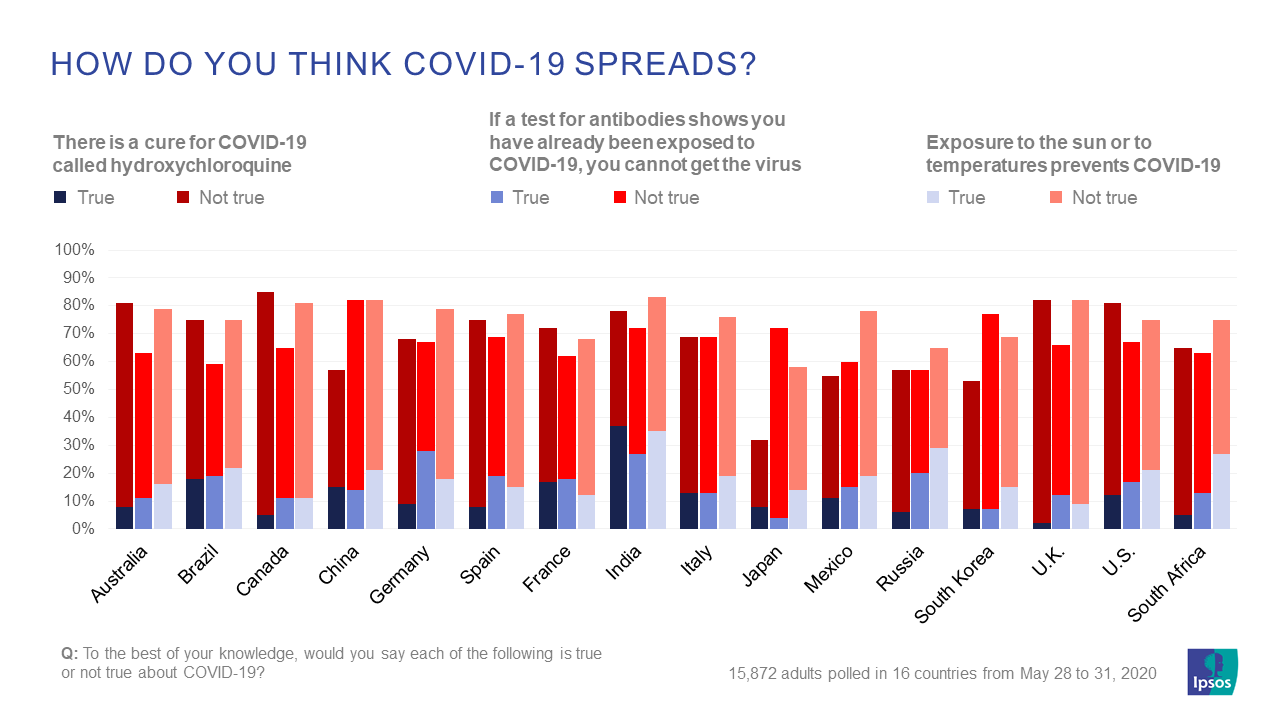 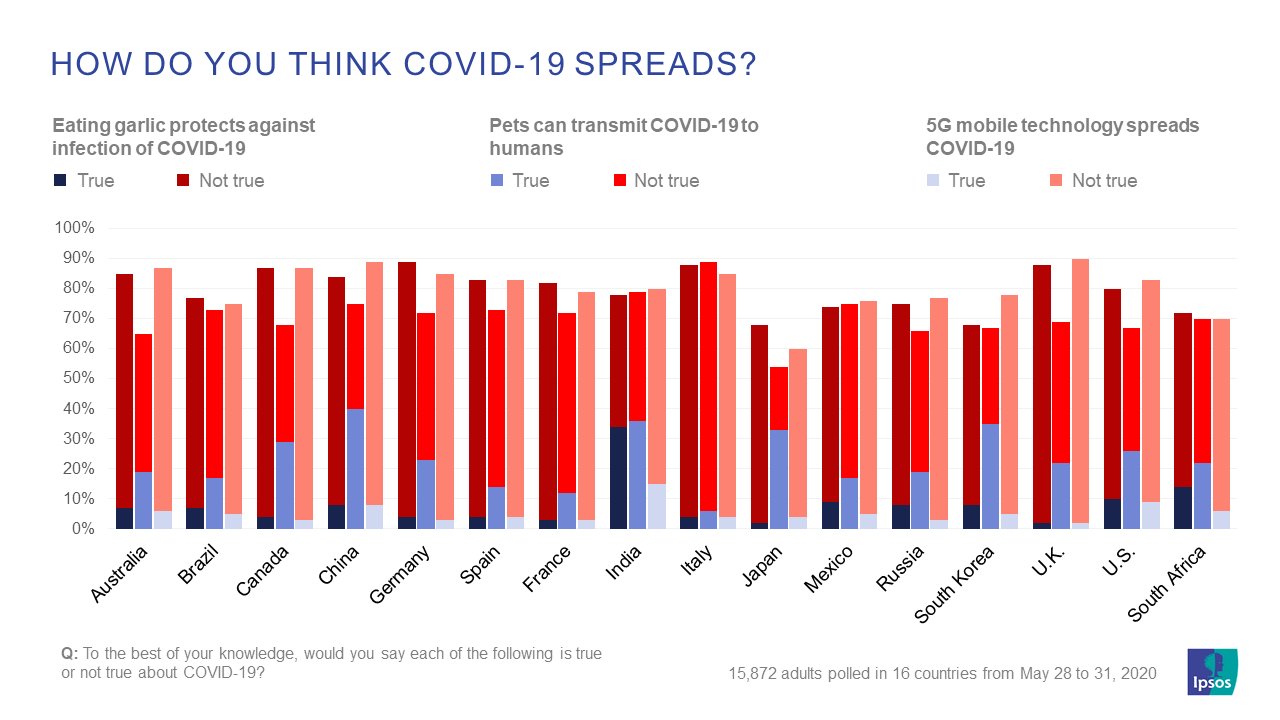