A new Ipsos MORI online omnibus survey finds that two thirds (66%) people agree that a Pensions Dashboard would make keeping track of their pensions easier.  Perhaps unsurprisingly, it is the younger generations that are most likely to find it useful, with 86% of 18-34 year olds agreeing it would be a useful tool.

Three in ten (29%) respondents to the online survey have more than one pension (excluding the State Pension) and the older you get the more you accrue with 38% of 45 – 54 year olds having multiple pensions. Therefore, the number of individuals who will benefit from a centralised way of keeping track of their pensions will increase as people have more jobs over their lifetime.

The main reason why people lack confidence about finding details for private or workplace pensions is moving job frequently (26%), again suggesting that the problem of ‘lost pensions’ – and benefit of a pensions dashboard - will increase in years to come. 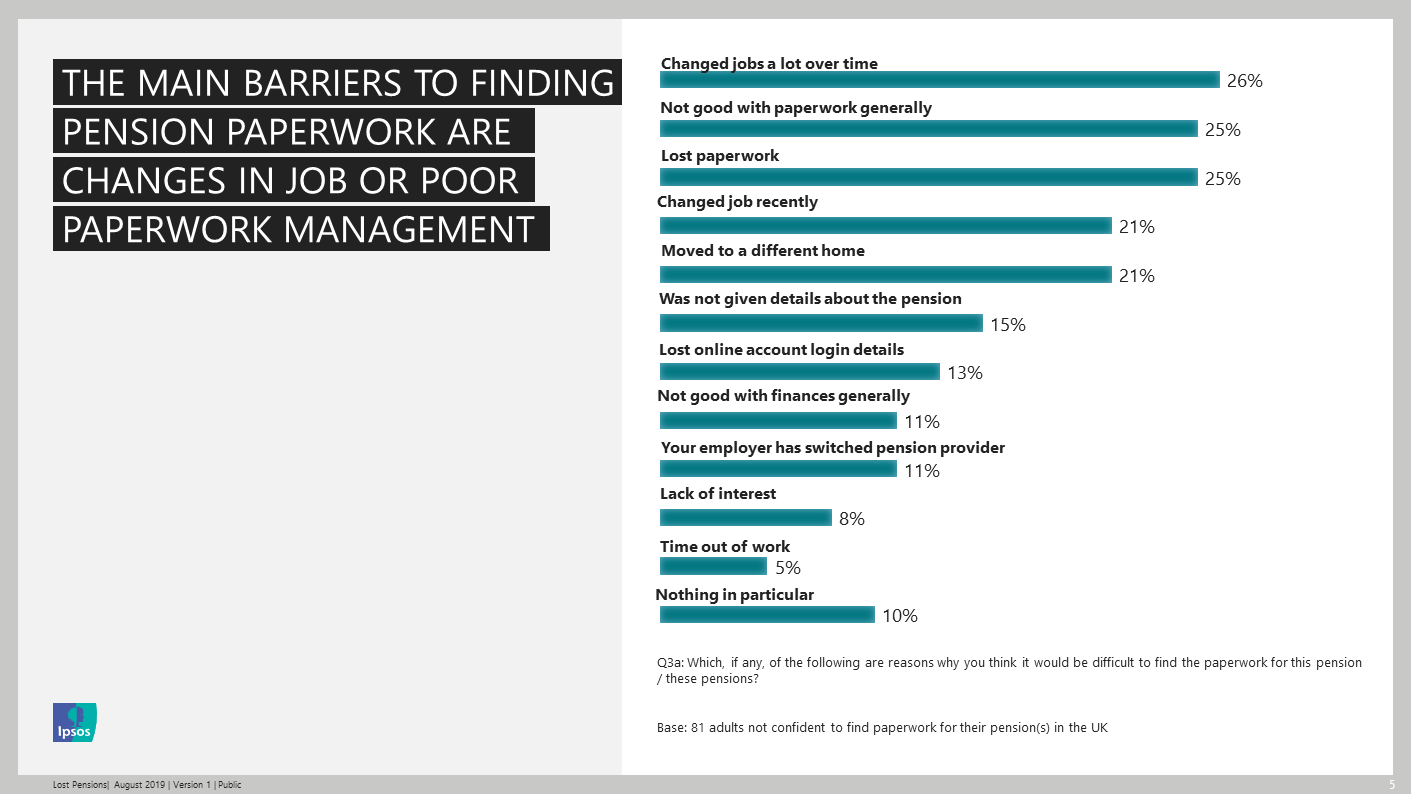 If the dashboard was run by a private company two thirds (65%) of people would worry about the security of their data, significantly more than would worry if it was government backed (47%). Other concerns are that private companies would use a dashboard to try to sell or advertise products to them (58%). Concerns about the accuracy of data (22%) or not being able to understand the data (20%) were consistent regardless of the provider.

The study also finds that that women are significantly more likely to be reliant on a state pension than men, with 34% of women agreeing, compared to 25% of men.

The number of people with multiple pensions is only set to grow and a dashboard is clearly seen as a way of making keeping track of these easier. An online pensions dashboard also has the added benefit of making it easier for people to engage with their pensions savings.
There is a strong desire for a pensions dashboard to be government-backed, showing that public trust and confidence in the government to provide these services remains high. To encourage use, it will be important for any dashboard provider to give the public a cast iron guarantee about the safety of their information without compromising on ease of use. Presenting information in an easy to understand way will also be critical to success. People already find pensions complicated and overwhelming – a dashboard must help to address this rather than adding to it.