An Ipsos MORI poll conducted before the election found that in the event that the UK Government refuses to allow a second referendum on Scottish independence, Scots were split on what course of action the Scottish Government should take. It should be noted that the question asked Scots what they thought the Scottish Government should do if the SNP won a majority of seats at the election but the UK Government refused to allow another independence referendum. The SNP came one seat short of winning the 65 needed for a majority, although there is now a larger majority of MSPs from pro-independence parties elected to Holyrood (72 of 129) than in 2016, when 69 of the 129 MSPs elected were from pro-independence parties.

Results are broadly similar to when Ipsos MORI last asked this question in February. This suggests that nothing in the election campaign moved Scots’ views on this issue significantly. 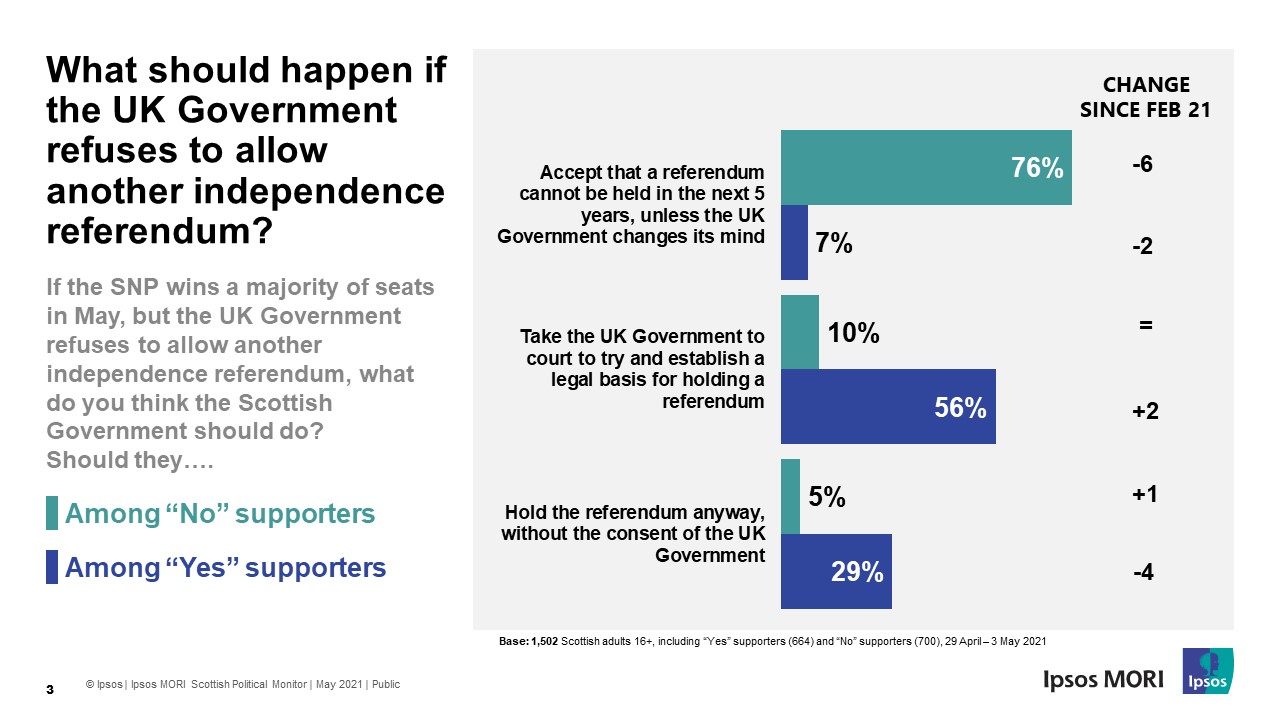 Recent comments from Michael Gove suggest that the UK Government’s position on a second referendum on Scottish independence remains unclear. These results show that if the UK Government were to refuse a second referendum, Yes and No supporters were sharply divided pre-election on what course of action the Scottish Government should take – although it should be noted that they were asked about the best course of action in the event of a majority for the SNP rather than a majority for pro-independence parties. There was very little change in people’s views since Ipsos MORI previously asked this question in February. The key question now is whether this continues post-election or people’s views on a second independence referendum change further under the new reality.