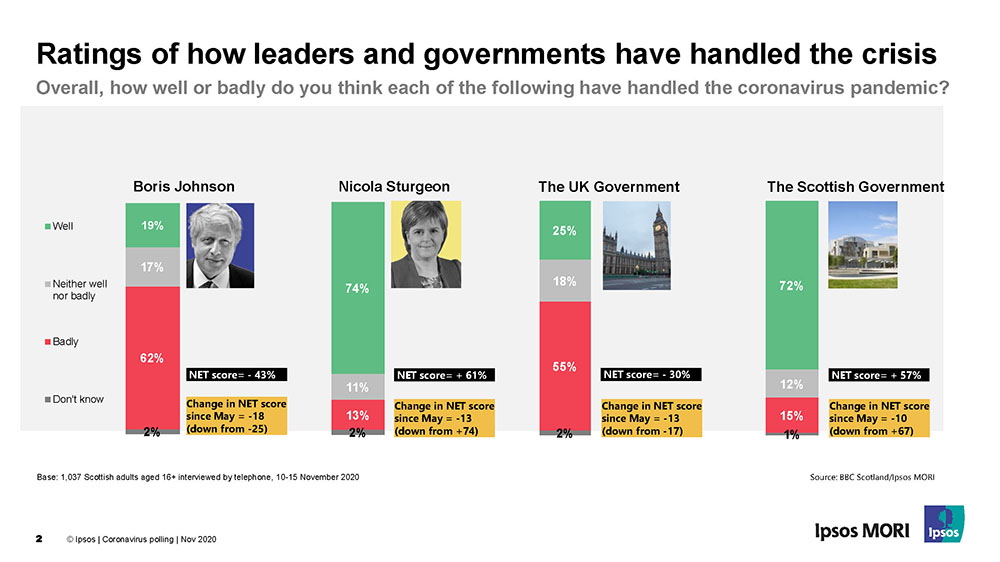 Should restrictions have been tightened earlier?

Would an independent Scotland have handled things any better? 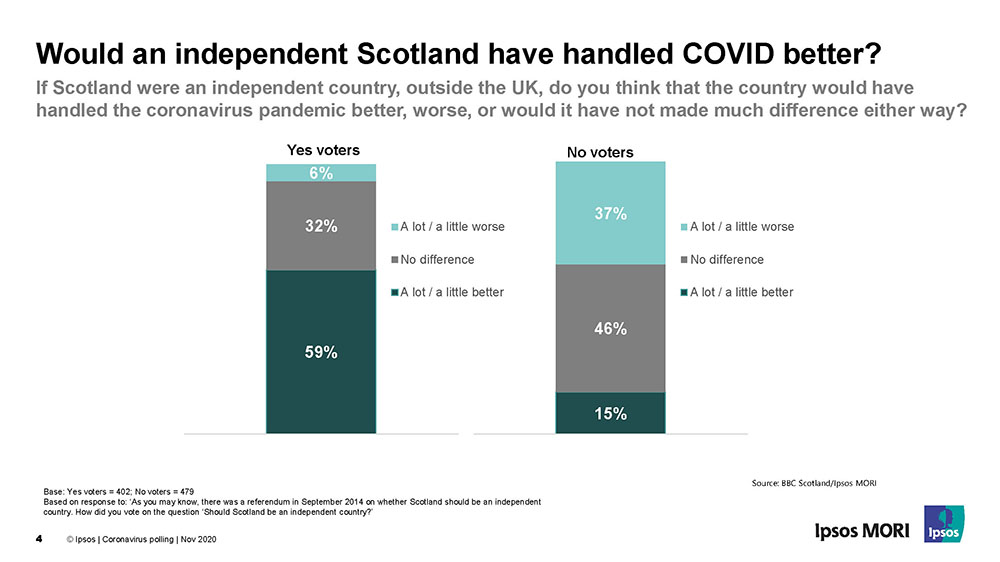 Yet again, these findings highlight the difference in how the Scottish public views Boris Johnson and Nicola Sturgeon. If anything, perceptions of Johnson’s handling of the pandemic are even worse now than they were in May. However, although these findings are clearly very positive for Nicola Sturgeon and the Scottish Government, there is also a widespread view that they could have acted more quickly in tightening restrictions to control the increase in coronavirus cases after the summer.
The finding that 15% of those who voted No in the 2014 referendum now feel that an independent Scotland would have handled the crisis better is in line with the trend in recent polls, which show a significant proportion of No voters have moved towards favouring independence. Perceptions of how different leaders and governments have handled the coronavirus crisis may well have played a significant role in this shift.

Ipsos MORI interviewed a representative sample of 1,037 Scottish adults aged 16+ by telephone between 10th and 15th November 2020. Data are weighted to the profile of the population.