On Friday 31 January, Ipsos, Loughborough University Centre for Research in Communication & Culture, and the British Polling Council brought together expert representatives from leading media, polling and party organisations to provide some immediate retrospective analysis of the December 2019 General Election.

The conference, “Election 2019: The Brexit Campaign”, is the latest in a series of political communications events, of which one has been held after every UK General Election since 1979. This year’s conference convened eyewitness accounts of the 2019 General Election campaign from four different angles: coverage, broadcasting, parties, and voters.

Was it the media wot lost it?

British journalism faced unprecedented levels of criticism during the 2019 campaign, as well a prime minister who showed it was possible to skip interviews without suffering at the ballot box, and an online campaign that some said pushed the limits of what had previously been deemed acceptable in UK politics. After his defeat, Jeremy Corbyn placed some of the blame with the Sun and Daily Mail, for their support of Boris Johnson’s “get Brexit done” campaign. 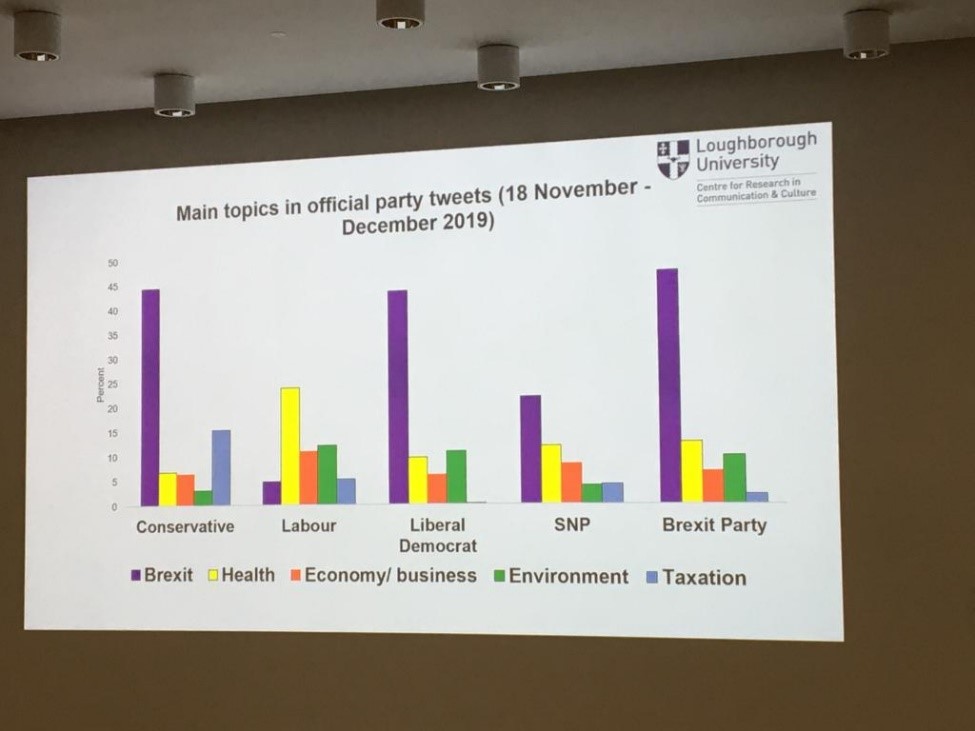 But was the 2019 General Election the “Brexit Election”? Research led by Dominic Wring of the University of Loughborough shows that Brexit was the subject of over 40% of Twitter activity from the Conservatives, Brexit Party and Liberal Democrats. However, just 4% of Labour’s Twitter activity mentioned Brexit, showing the extent of the contrast between Labour’s “anything but Brexit” agenda and those of the other parties. 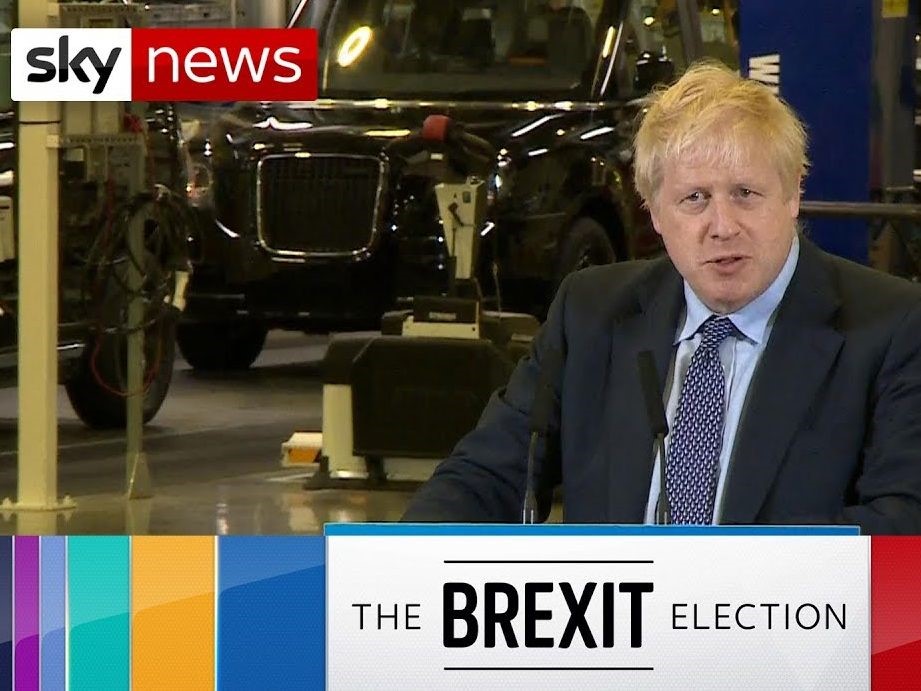 The strapline “Brexit Election” created its own controversies, after Labour complained to the regulator Ofcom that the phrase, used in Sky News’ coverage of the general election campaign, gave “undue and unfair weight” to the Conservatives’ political agenda. Ofcom backed Sky News’ right to use the term on the grounds of freedom of expression, calling it a “reasonable editorial judgement”. Sky News’ perspective, described by Isla Glaister at the conference, was that no election would have been just about Brexit. However, the purpose of the 2019 General Election was to break the parliamentary deadlock over the withdrawal agreement, and the outcome was certain to have serious implications for the next stage of the Brexit. Sky News expected complaints, but their editorial judgement was to call it what it was”.

A recurring theme throughout the day was the challenges faced by the media in a digital age. When political news was limited to fewer broadcaster bulletins and print newspapers, it was possible to have a good idea of what people were reading, watching, and consuming. As Jim Waterson of the Guardian writes, “If a print newspaper sold 4m copies a day – as the Sun did in the 1990s – then it clearly mattered”.

Fast forward 30 years and there has been an explosion of information – “real” and fake. This includes a rise of alternative news sources on both sides of the political spectrum, such as The Canary, Evolve Politics, Skwawkbox, Westmonster, and Breitbart UK. These sites became a prominent part of the 2017 campaign when they bypassed the reliance on conventional news outlets to reach voters via social media – and formed the basis of Declan McDowell-Naylor’s presentation at the conference. According to McDowell-Naylor, it is now impossible to tell what people were reading online and what had an impact, online audiences are so fragmented that information can reach millions of people without ever being seen by journalists or political campaigns.

It is also important to note contrasting age dynamics. Younger voters are more likely to use social media, while older generations were more likely to engage with television news and the traditional TV debates. And while print newspaper sales are plummeting, the continued and strong support for the Conservatives expressed by many newspapers may have indirectly helped to set the agenda on television, radio, and online.

Given the great changes in Political Communications in the 2019 General Election, you might rightly ask “what now”? The future of election campaigns will of course continue to adapt to the pace of technological change. Similarly, tightening rules around online political advertising would be easier said than done, and even then is unlikely to solve all problems related to election campaigning. The impact of targeted digital advertising remains unclear and we cannot discount the powerful role of traditional media outlets. The conference contributors and participants discussed the clear need for better understanding of how and by whom voters are being targeted, as well as how digital intermediaries are responding to potential abuse or misuse of their services.

This is the first opportunity to bring together the people who lived and breathed the 2019 election, to reflect on what happened, what worked and what went wrong. We are grateful to all the speakers and attendees for coming together to discuss their experiences. We look forward to building a more detailed account of what happened on 12 December, and what this means for the next election campaign – when it comes! 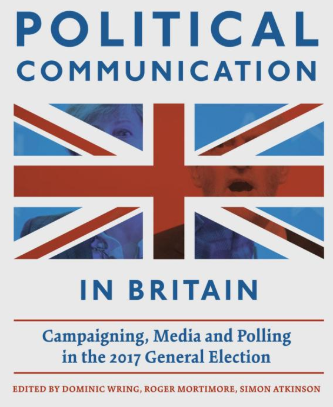 The 1979 conference resulted in the inaugural Political Communications book, which is now the first of a ten-volume series that has featured contributions from numerous political, media and polling practitioners as well as academics. The most recent edition, on the 2017 election (available from Palgrave Macmillan), was co-edited with Roger Mortimore by the organisers of this event, Simon Atkinson of Ipsos and Dominic Wring of Loughborough University’s Centre for Research in Communication & Culture. The next book is expected to publish before the end of 2020.