Ipsos’s latest Political Pulse, completed over the weekend of 14-18 January 2022, the weekend after more stories about parties in Downing Street, shows Boris Johnson’s favourability continues to fall further. Now, 6 in 10 Britons (61%, up 5 percentage points from last week) have an unfavourable opinion of the Prime Minister compared to only 22% who view him positively (up 2), giving him a net score of -39. 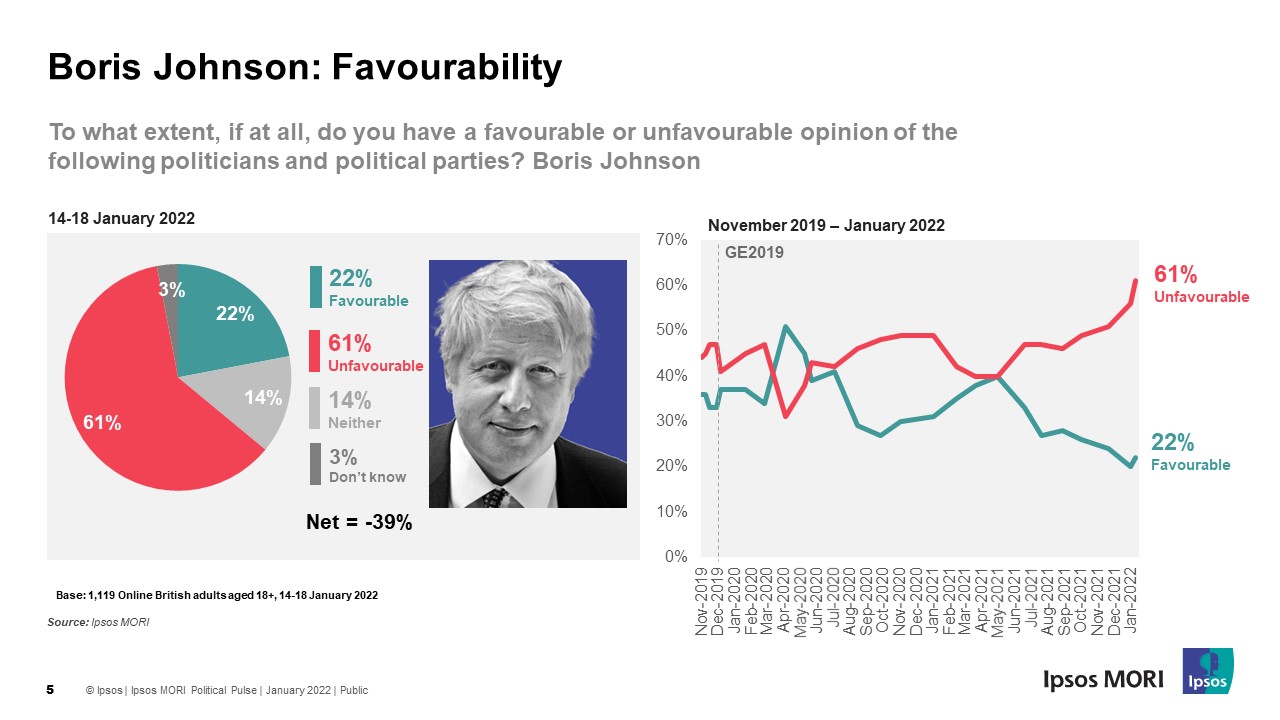 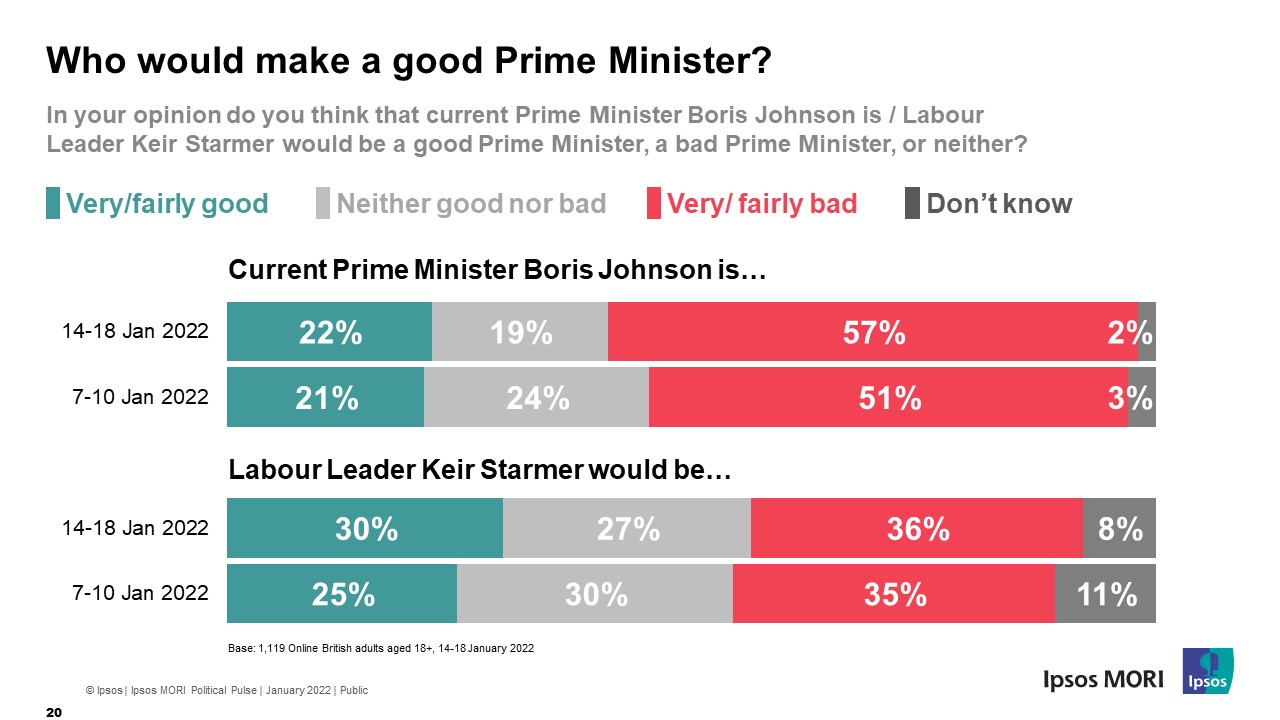 Boris Johnson’s favourability rating – already at its lowest since the 2019 election – has taken another fall this week with 6 in 10 holding unfavourable views.  This is comparable to Jeremy Corbyn’s low point during the last campaign.  Ratings of the Conservative party itself are not quite as negative but are also on a slow but steady downward trend since last spring, which should be another concern for the Government and its MPs.  Among other leading politicians, Rishi Sunak has fallen from his honeymoon period but still receives the best scores among the public at large as well as from his party’s own voters, while Keir Starmer also sees some improvement but still has some way to go to convince the public he is a genuine Prime Minister in waiting.