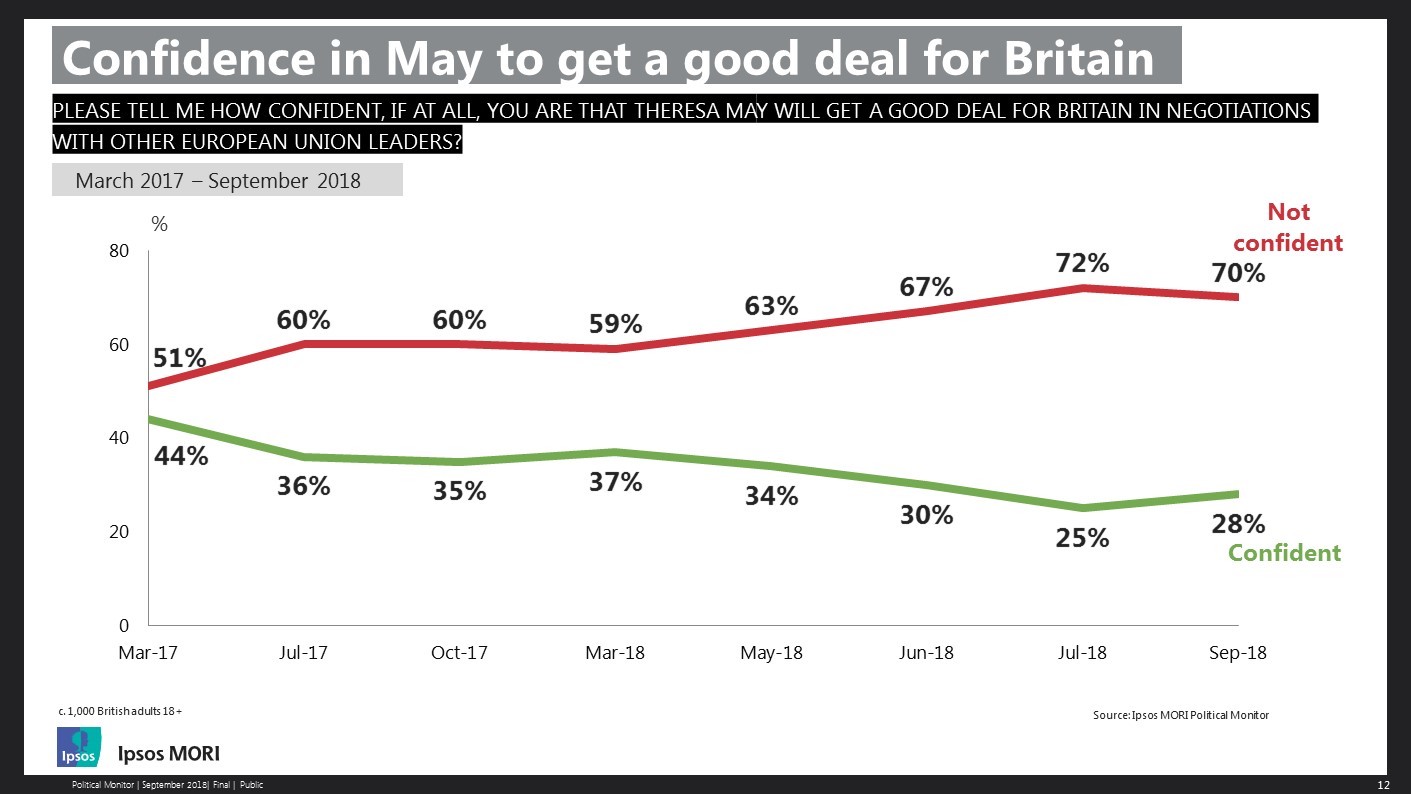 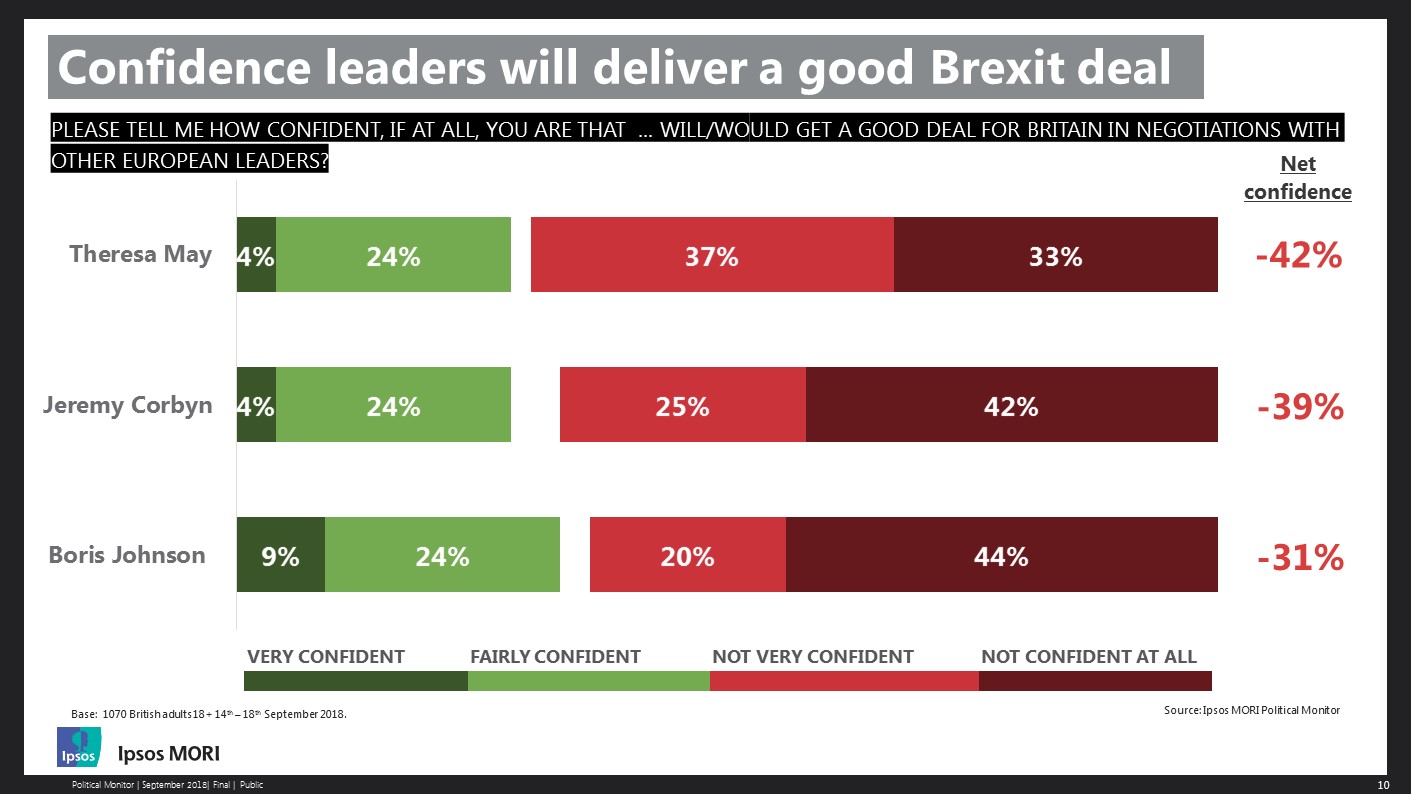 The Ipsos Political Monitor also shows growing economic pessimism, with the highest levels of pessimism in our Economic Optimism Index so far this year. Three in ten (59%) say the economy will get worse over the next 12 months (up 5 points from July) while 15% think it will improve (down 2 points), leaving an Economic Optimism Index score of -44 (down 7 points).  Optimism is particularly low among young people, with 69% of 18-34s pessimistic about the next 12 months, compared with 48% of those aged 55+.

In regular voting intentions, there is little change, with both main parties close to each other.  The Conservatives are on 39%, Labour 37%, and Liberal Democrats 13%.

Public concern about our relationship with Europe has been reaching historic highs during 2018, and one of the reasons may be the lack of confidence in either of the main party leaders to get a good deal for Britain.  With economic confidence also falling, there are questions for both parties going into the conference season.

Ipsos interviewed a representative sample of 1,070 adults aged 18+ across Great Britain. Interviews were conducted by telephone 14th – 18th September 2018.  Data are weighted to the profile of the population.