In 28 nation study, Britons are most likely to think that a major terrorist attack in their country is likely

But two in three say they are optimistic that 2018 will be a better year for them personally.

The latest Ipsos Global @dvisor poll was carried out in 28 countries around the world at the end of 2017.  It asked over 21,500 online adults aged under 64 their predictions for 2018.

What the Brits predict 2018 has in store

The Ipsos study finds that the British are the most concerned about a major terrorist incident on home soil -  65% think it likely one will be carried out this year. Turkey (60%), France (53%), Germany (51%) and the US (51%) are also concerned, with half or more in these countries expecting an attack on home soil. 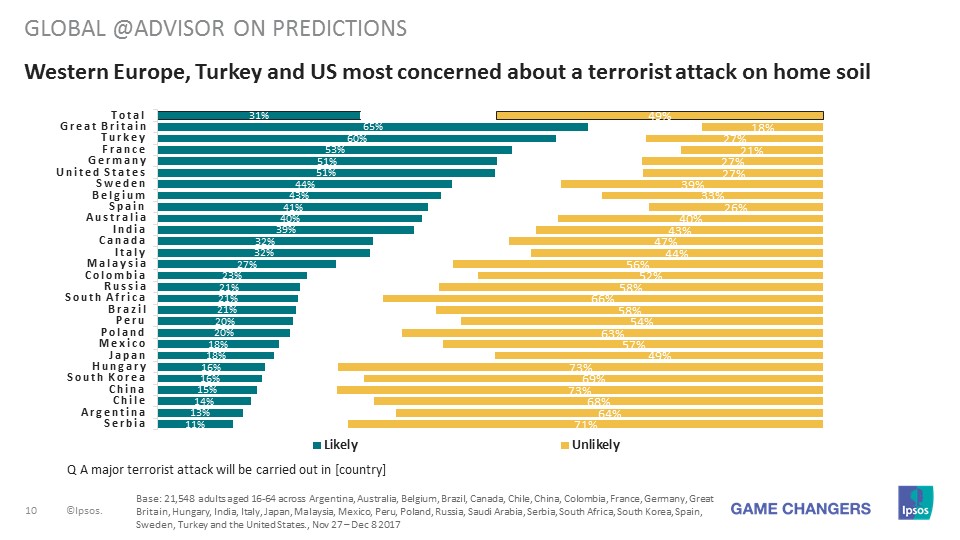 Four in ten of us (39%) think a war between North Korea and the US is likely – a similar proportion (42%) think it probably won’t happen.
Four in ten of us (43%) also think that President Trump will be impeached in 2018, at the top of the table along with Canada (51%) and Turkey (55%).  But we are one of the least likely to think this year will see aliens visiting earth – just 7% of us.
Nevertheless, two in three (66%) Britons are optimistic that 2018 will be better than 2017 – although most other countries are more optimistic. 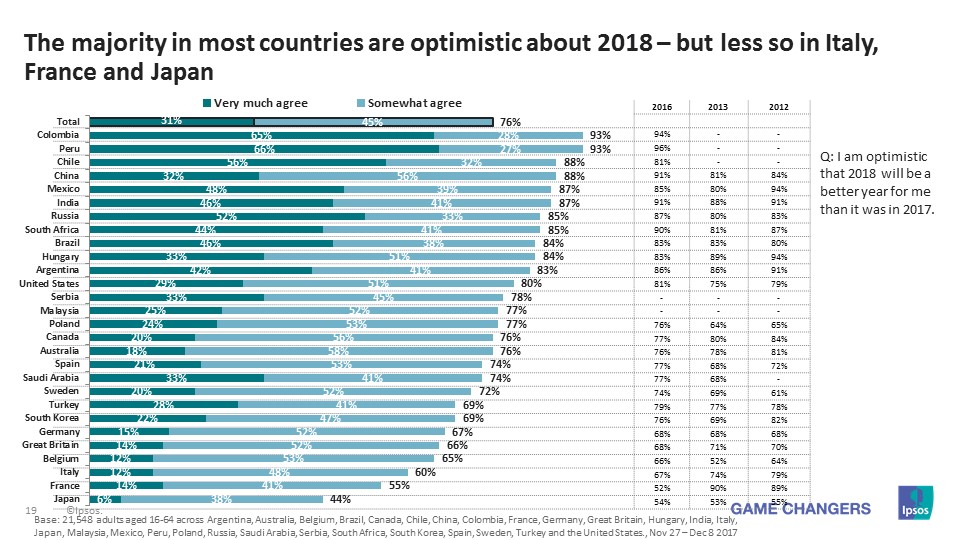 Finally … 63% of us plan to make personal resolutions to do something specific for themselves or others in 2018. How many have broken their resolutions already … unknown. 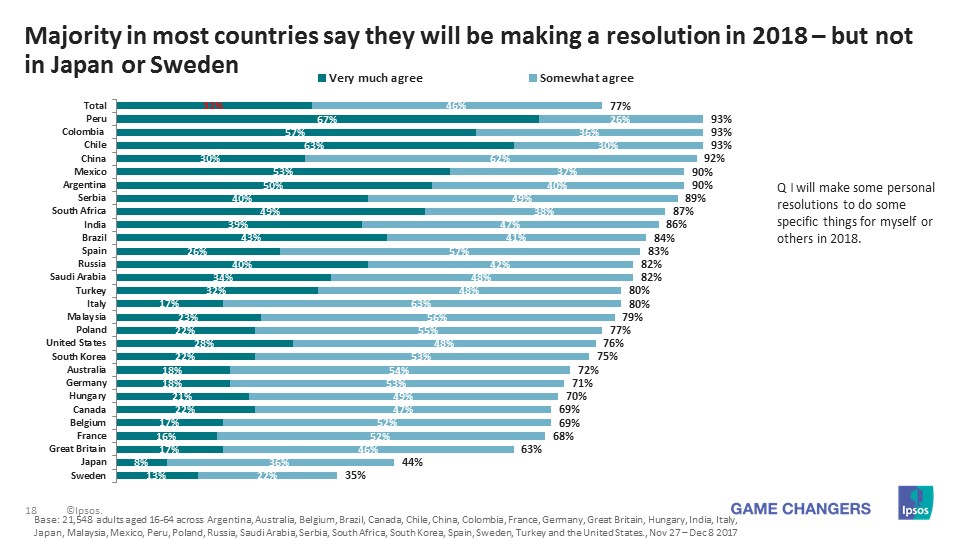 Despite a tense relationship between the US and North Korea, people are divided over the likelihood of the two countries starting a war against each other. Four in ten (42%) think that it’s likely, compared with 40% who think it’s unlikely.  People in South Korea, though, are more likely to think it won’t happen – 66% say it’s unlikely.

The British public is looking forward to 2018 with a mixture of hopes and fears.  Most of us think that 2018 will be a better year than 2017, but otherwise we have worries both at home and abroad.  Britons are the most likely to expect a major terrorist attack in 2018, while two in five think a war between the US and North Korea is likely.  Britons also expect global temperatures to keep on increasing, and, like several other European countries, are relatively less optimistic about the global economy then people in emerging economies (although not quite as pessimistic as last year).