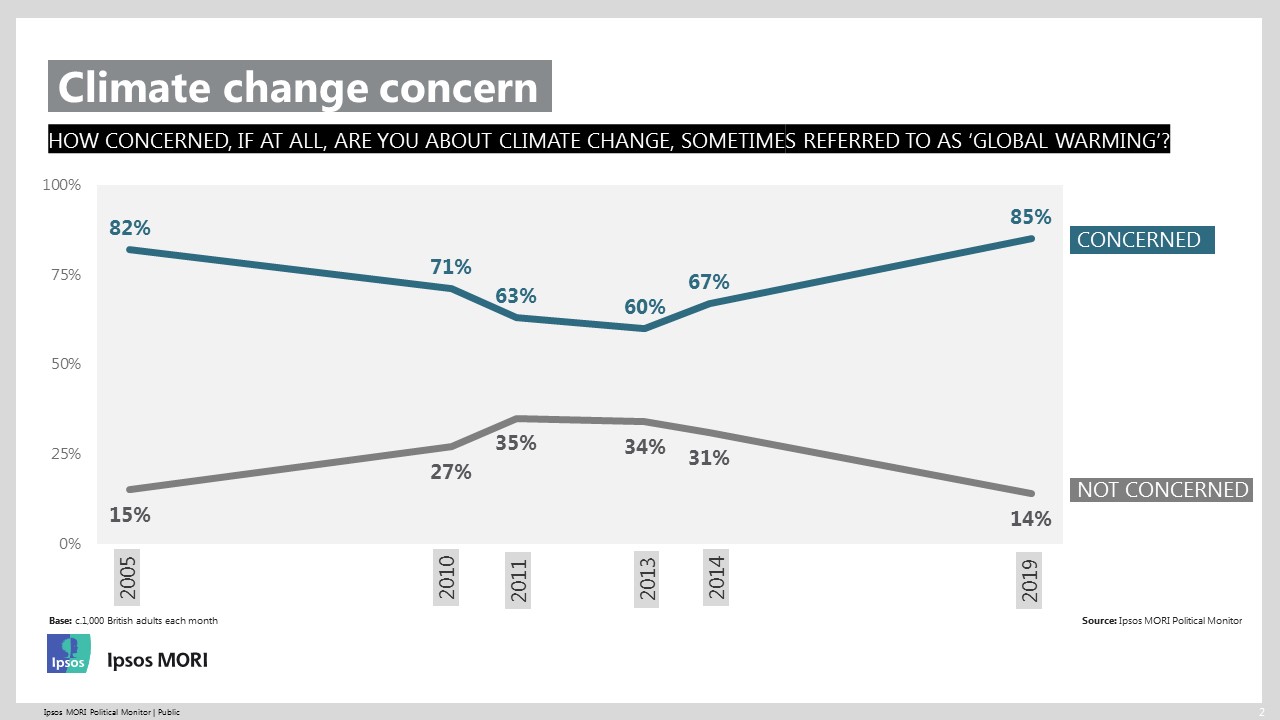 While all groups are worried, concern is particularly high among the middle classes (89% of ABC1s, compared with 80% of C2DEs). This corroborates research from Ipsos’s Issues Index, which shows a similar divide, with ABC1s more concerned about the environment, and C2DEs more concerned by crime. It also divides along party lines, with around three in five Labour (64%) and Liberal Democrat (59%) supporters saying they are very concerned, compared to two in five (42%) Conservative supporters.

Nearly three in four (73%) say that Britain is already feeling the effects of climate change, continuing a trend which has seen this rise from two in five (41%) in 2010. Again, this follows a pronounced difference by social grade with agreement from four in five (81%) ABC1s, compared to three in five (62%) C2DEs. The number saying Britain will start feeling the effects in the next 25 years or longer has fallen from one in three (34%) in 2010, to now just 13%. 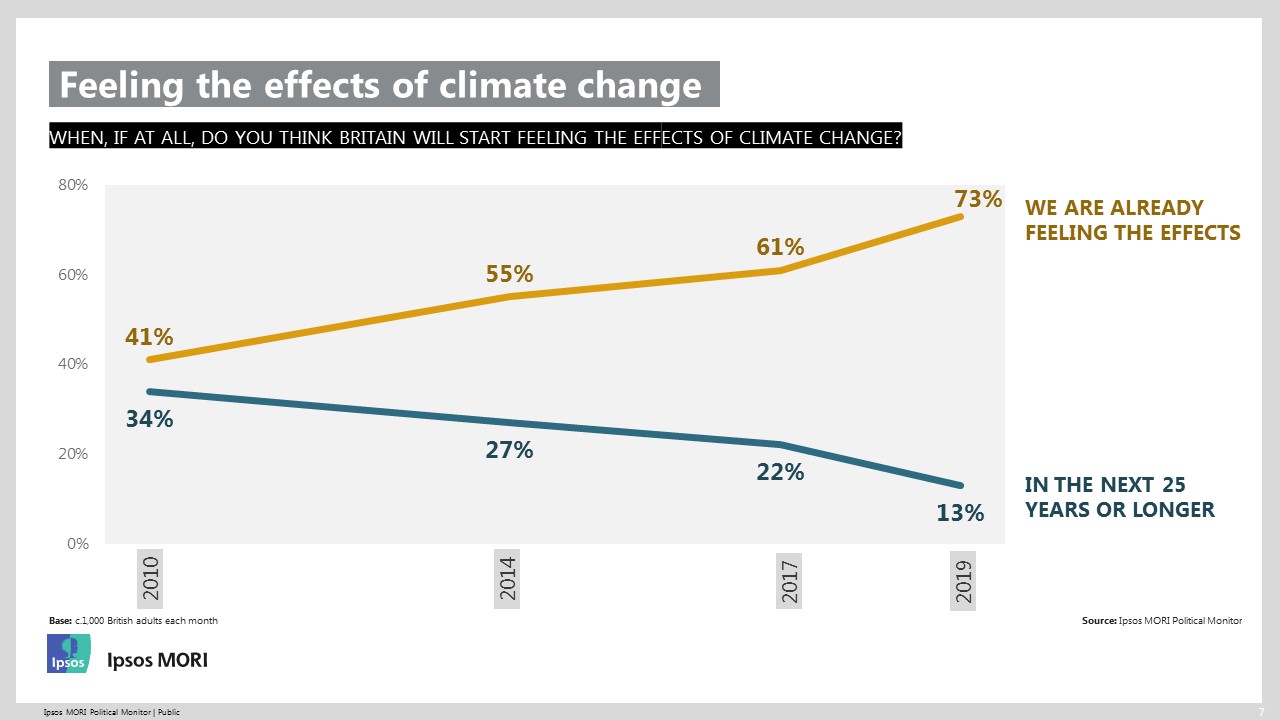 In 2005/6 we saw a peak in concern about the environment, reflecting the prominence of media reporting around, for example, Al Gore’s Inconvenient Truth, the Kyoto Protocol coming into effect and the Stern Report.
But climate fatigue appeared to set in, particularly in the aftermath of the economic crash when it struggled to compete for public consciousness. Recently though concern has been creeping up again, and after events such as Extinction Rebellion, the school strikes for climate, and the climate emergencies being declared by Local Authorities this latest poll shows the highest levels of public concern for climate change that Ipsos has recorded in the last 15 years.
The number of people saying they feel “very” concerned is a sign that public opinion is rebuilding in strength, and the record summer temperatures across the UK might also be contributing to an increasing sense among the public that our country is already feeling the effects of climate change.

Ipsos interviewed a representative sample of 1,007 adults aged 18+ across Great Britain. Interviews were conducted by telephone 26th – 30th July 2019.  Data are weighted to the profile of the population. All polls are subject to a wide range of potential sources of error.