As parliament’s summer recess begins with uncertainty around Brexit, Ipsos’s new Political Monitor reveals just a quarter (25%) of the public are confident that Theresa May will get a good deal for Britain in the EU negotiations, while 72% lack confidence – a new low for her. More specifically the Prime Minister’s plan for Britain’s future relationship with the EU after Brexit revealed at Chequers does not appear to be popular with the public. Three in ten (29%) say it would be a good thing for the UK as a whole, based on what they know or have heard, while nearly half (47%) say a bad thing – one in five (19%) don’t know. 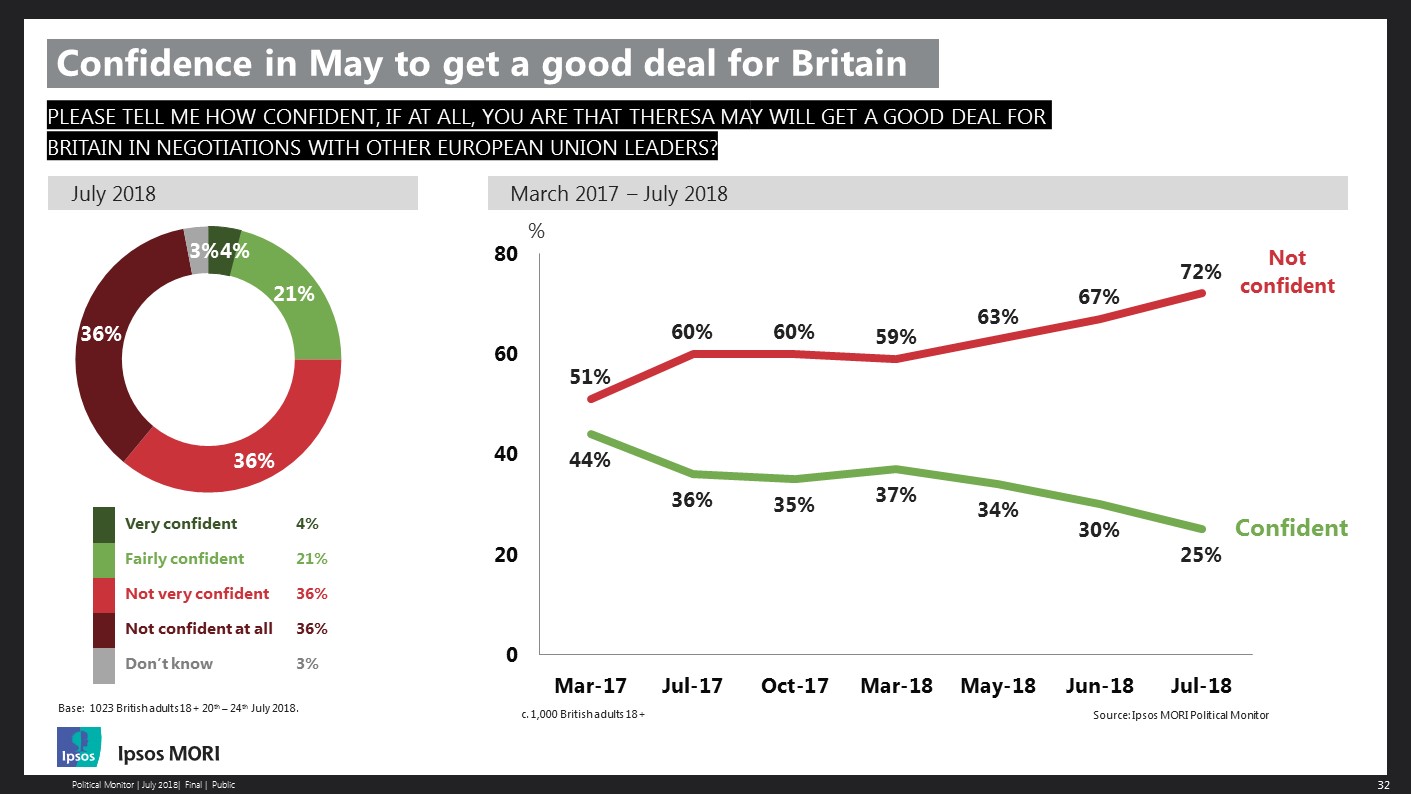 Despite this, more trust Mrs May to make the right decisions for Britain about its exit from the EU than other politicians. Two in five (41%) trust Theresa May, compared with 31% who trust Jeremy Corbyn, a third who trust Boris Johnson (35%) and Phillip Hammond (33%), and 29% for Jacob Rees-Mogg.

Overall the Conservatives are still seen as the party seen with the best policies on handling Britain’s future relationship with the EU.  A third (33%) say the Conservatives are the best party – although down 4 points from March. One in five (20%) say Labour (down 5 points) while 10% say the Liberal Democrats and 4% say UKIP. Nine per cent say “no party” and 16% don’t know. 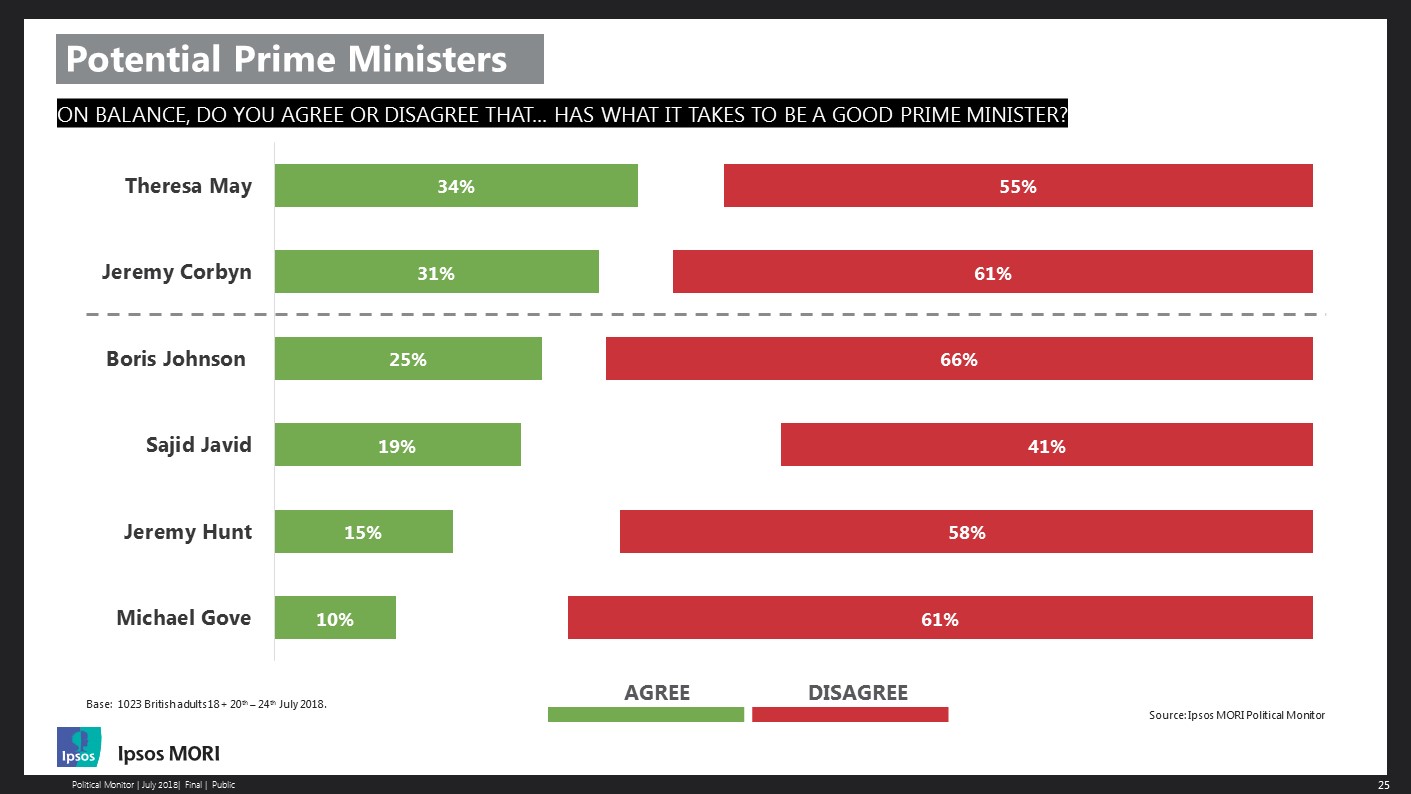 Theresa May’s leadership satisfaction ratings have taken a hard hit amongst Conservatives as well. Just over half (55%) are satisfied in her (down 13 points) with 37% dissatisfied (up 10 points) giving her a net score of +18. Jeremy Corbyn’s scores are higher amongst Labour supporters. Fifty-nine percent say they are satisfied in the Labour leader (up 2 points) while one in ten (30%) are dissatisfied (down 2 points) – leaving him a net score of +29.

Little has changed with the public’s perceptions on the state of Britain’s economy since last month according to the Ipsos Economic Optimism Index. More than half (54%) think the economy will get worse in the next 12 months (no change) while 17% say it will improve (down 2 points) giving an EOI score of -37 (down 2 points).
Our ongoing voting intention figures still show both main parties running neck and neck with both the Conservatives and Labour on 38%, the Liberal Democrats on 10% and UKIP on 6%.

Theresa May has faced a lot of criticism since she launched her Chequers deal, and our poll for the Standard shows this is mirrored among the public, with her ratings continuing their recent decline to another new low (and the fall has been even sharper among her own supporters).  But despite all that, our trends show her ratings are not unusual for a Prime Minister two years in, and are still better than many of her potential alternatives.

Ipsos interviewed a representative sample of 1,023 adults aged 18+ across Great Britain. Interviews were conducted by telephone 20th – 24th July 2018.  Data are weighted to the profile of the population.