As the Brexit negotiations continue Ipsos’s latest Political Monitor reveals little confidence among the public that the Prime Minister will get a good deal for Britain. Three in five (60%) are either ‘not very’ or ‘not at all’ confident in the PM getting a good deal –  just over a third (36%) are either ‘very’ or ‘fairly’ confident in her. Nonetheless two-thirds (66%) of Conservative supporters have confidence that she will strike a good deal compared with one in five (19%) Labour supporters and quarter (26%) of Liberal Democrats. Overall few members of the public think Theresa May is doing a good job handling Brexit. A third (32%) say she is doing a good job but a majority (55%) say she is doing a bad job.  Neither of these measures show any big change since last asked in July, but both are down from Mrs May’s ratings before the election. 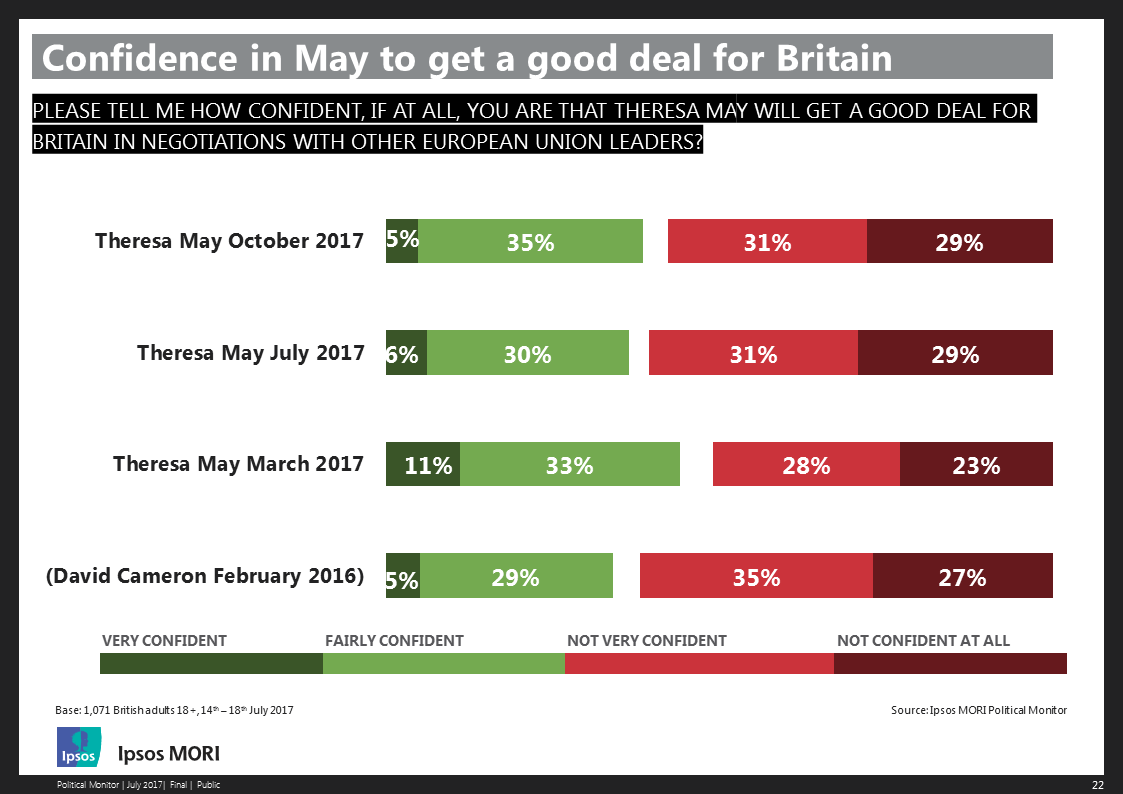 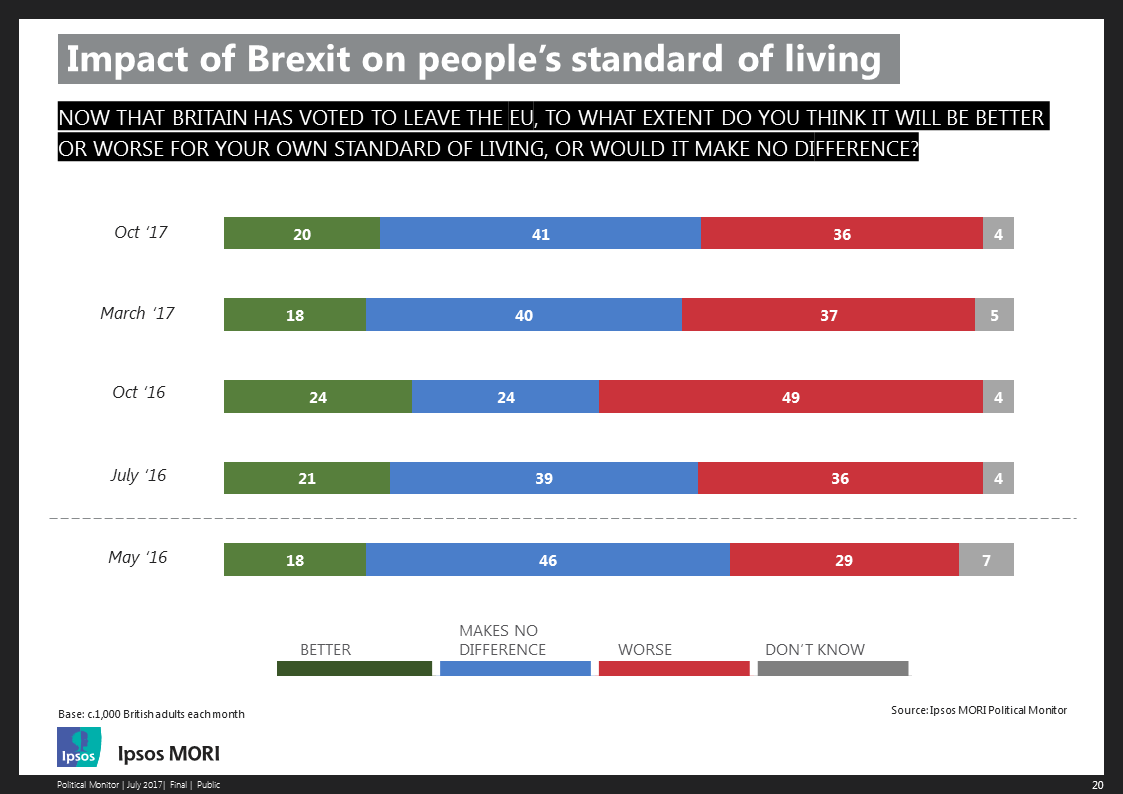 Half the public (51%) believe the economy will get worse in the next year, while one in five (19%) think it will improve – leaving an Ipsos Economic Optimism Index score of -32.  This shows little change from last month when it was at -31, but is a decline from -20 at the beginning of the year.

Our ongoing voting intention figures show Labour at 40% (-4 points), Conservatives at 38% (-2 points), and the Liberal Democrats at 9%.

Britons show no signs of becoming any happier with the Prime Minister’s handling of Brexit negotiations – though she is still retaining the confidence of most of her own party supporters. More widely, since the summer half of Britons have been stubbornly pessimistic about the economy, with young people and graduates the most worried about the impact of Brexit on their own standard of living, while older people are most likely to think they will be unaffected.

Ipsos interviewed a representative sample of 1,052 adults aged 18+ across Great Britain. Interviews were conducted by telephone 27th October – 1st November 2017.  Data are weighted to the profile of the population.