In a new UK KnowledgePanel survey by Ipsos, half of the UK public (51%) believe the Scottish National Party should be allowed to hold another independence referendum if they win a majority of seats in the 2021 Scottish Parliament elections. Four in ten (40%) say the UK Government should not allow this. 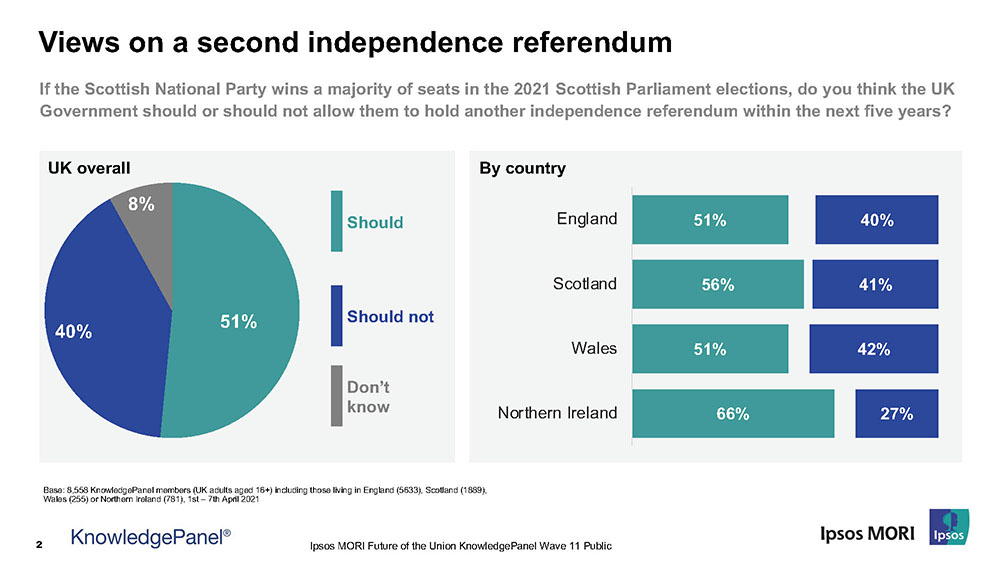 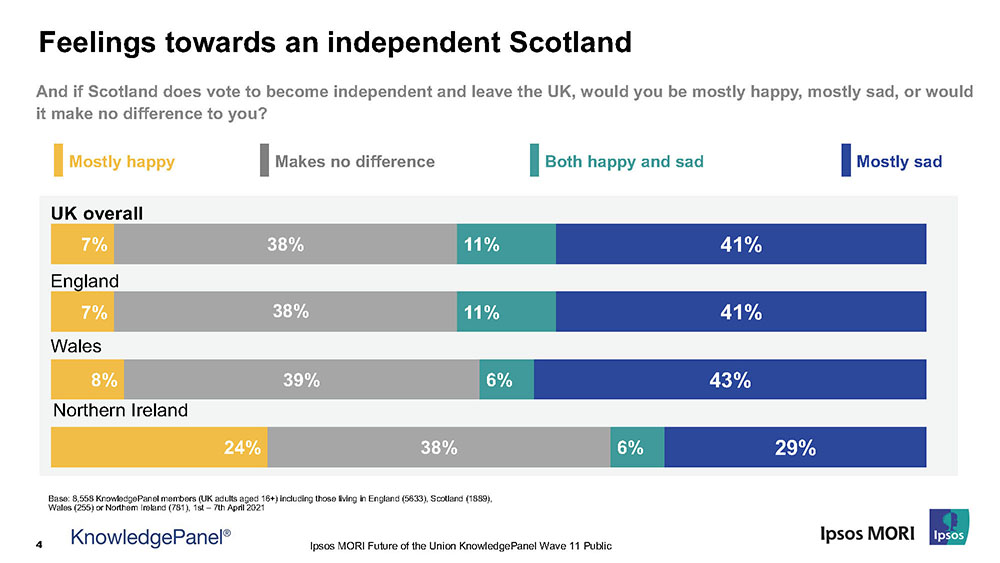 Six in ten (59%) of the UK public believe the UK will become weaker if Scotland decides to leave, while only 11% believe this would make the UK stronger. Half (48%) believe it would make England weaker while 60% predict it will make Scotland weaker.

The Scottish Parliament elections on 6 May look set to be a critical point in the future of the Union. Should the Scottish National Party win a majority of seats, as looks likely if current levels of support hold, it will be much more difficult for the UK Government to refuse a second referendum on independence. And these figures suggest that on balance, the UK public are on board with that course of action - more believe that the UK Government should allow a second referendum in the event of a SNP majority than say it should not.

This data has been collected by Ipsos’s UK KnowledgePanel, a random probability panel which provides gold standard insights into the UK population, by providing bigger sample sizes via the most rigorous research methods

Ipsos interviewed a representative sample of 8,558 people over 16 in the UK. Interviews were conducted online from 1 to 7 April 2021.