The new Ipsos poll asks if each if each of the candidates ‘has what it takes to be a good Prime Minister’ and if they would make it more likely for them to vote Labour in the next election. It shows: 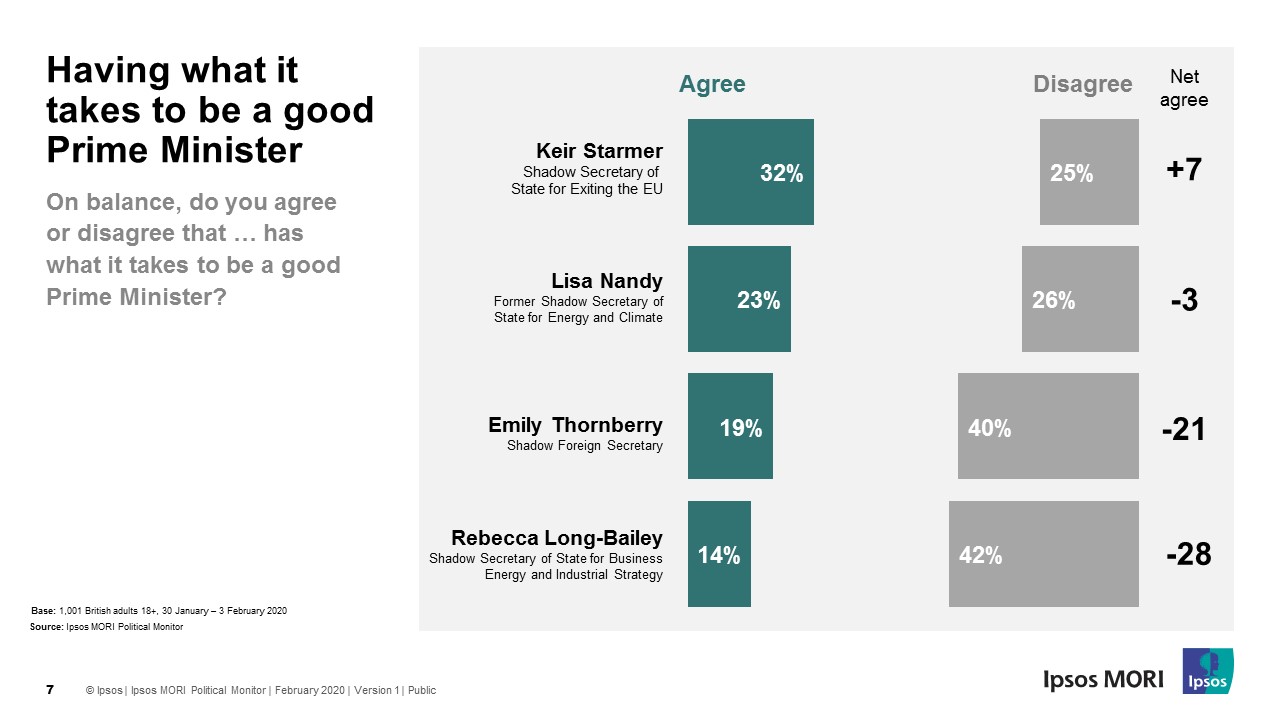 The latest Ipsos vote intention figures show the Conservative Party maintaining a comfortable lead over their rivals with the Conservatives on 47, Labour on 30, and the Liberal Democrats on 11.

Awareness of all the Labour leadership candidates is low, so there is time for them to build a better public profile.  But while Keir Starmer starts in a stronger position (and also is more palatable to Liberal Democrat supporters), Rebecca Long-Bailey has more of a challenge to turn negative perceptions around.  None of them, though, face an easy task persuading more voters to vote Labour

Ipsos interviewed a representative sample of 1,001 adults aged 18+ across Great Britain. Interviews were conducted by telephone 31st January – 3rd February 2020.  Data are weighted to the profile of the population. All polls are subject to a wide range of potential sources of error. On the basis of the historical record of the polls at recent general elections, there is a 9 in 10 chance that the true value of a party’s support lies within 4 points of the estimates provided by this poll, and a 2 in 3 chance that they lie within 2 points.