When asked to rank 11 character traits in terms of which are most important in deciding what makes a good Prime Minister, the top 5 chosen related to understanding the problems facing Britain (59% said this was important), being honest (58%), good in a crisis (56%), a strong leader and a capable leader (both 53%). 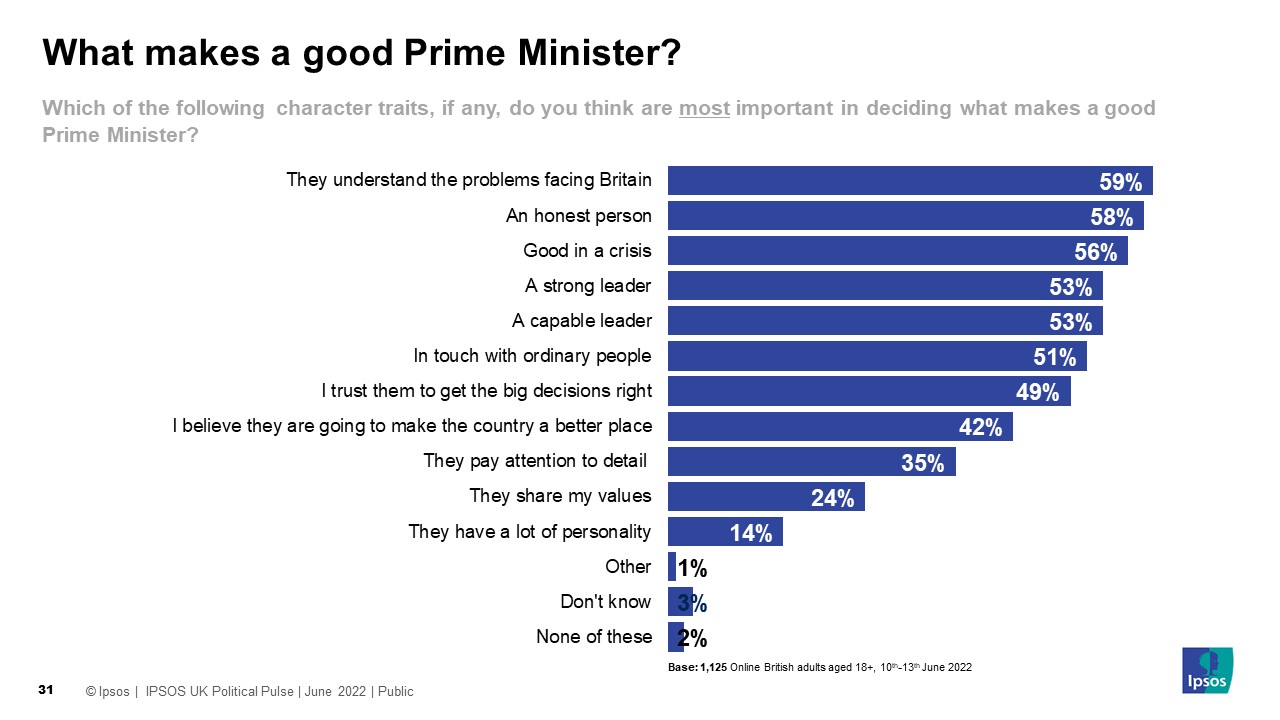 When asked whether these character traits apply to Boris Johnson and Keir Starmer, we find that the public are more likely to think three of them apply to Starmer, one of them to Johnson and the other is a tie: 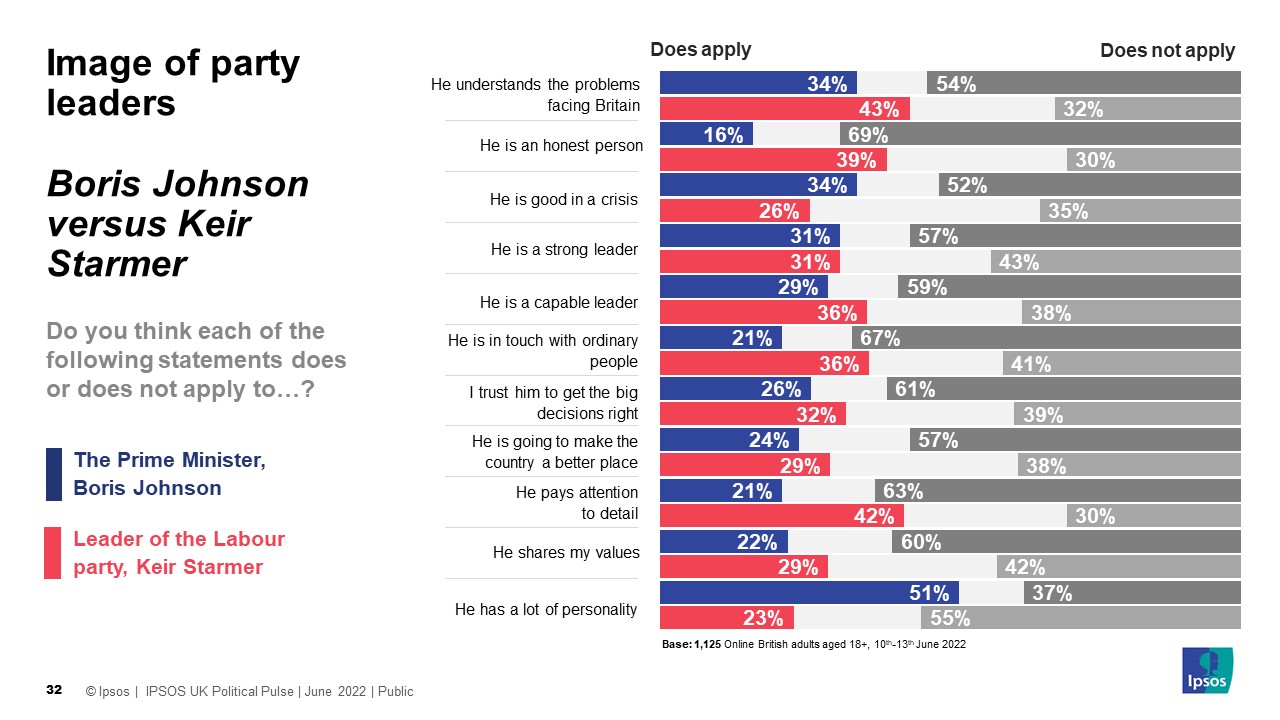 When asked if it is ‘clear what each leader stands for’ we find Keir Starmer has improved his position relative to Boris Johnson this time last year –  but half are still unclear: 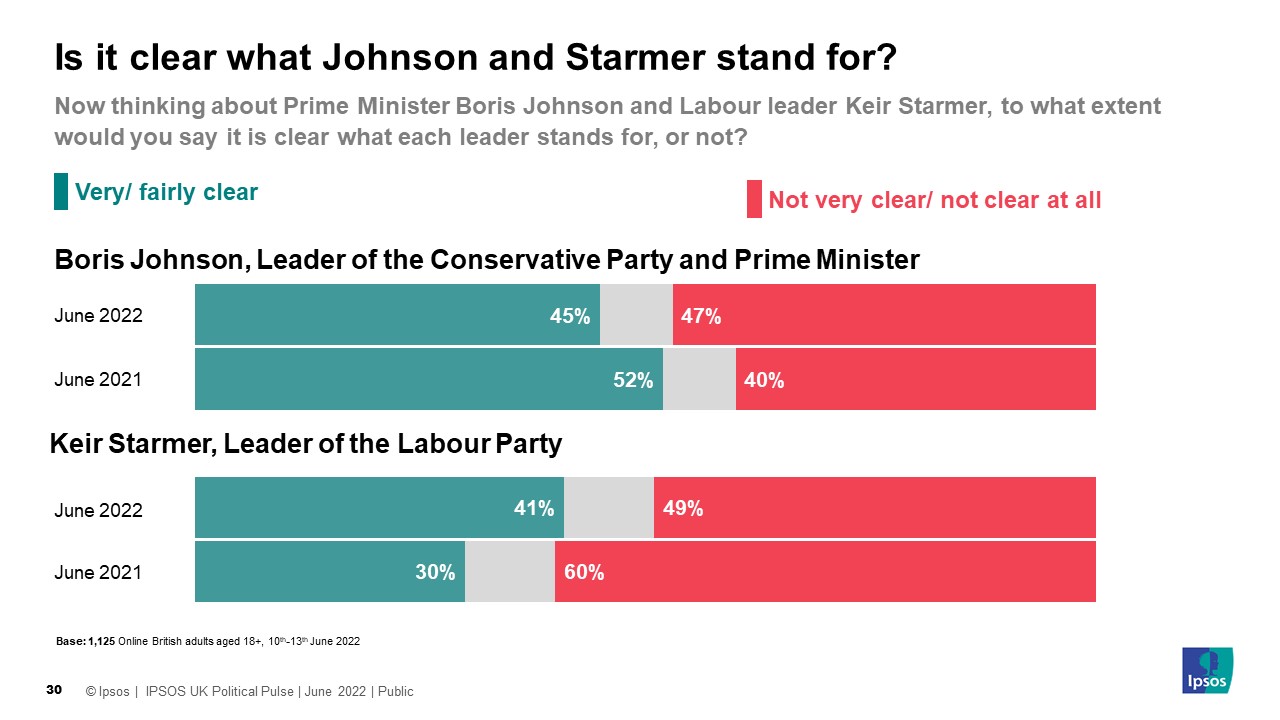 The full list of results for June (with changes from May in parenthesis) is found below ranked by % favourable:

Favourability towards the main GB wide parties can be found below (with changes from May again in parenthesis):

Boris Johnson’s favourability ratings have dipped this month, suggesting that the recent confidence vote has damaged his standing with the public to at least some extent. Meanwhile, Labour leader Keir Starmer will be encouraged that he is leading the Prime Minister on several leadership traits that are most important to the public and he has closed the gap with Johnson on whether it is clear what he stands for.

However, the fact half of the public are still not clear what Starmer stands for and his overall image ratings are only lukewarm, shows he still has work to do to set out his vision to the country.