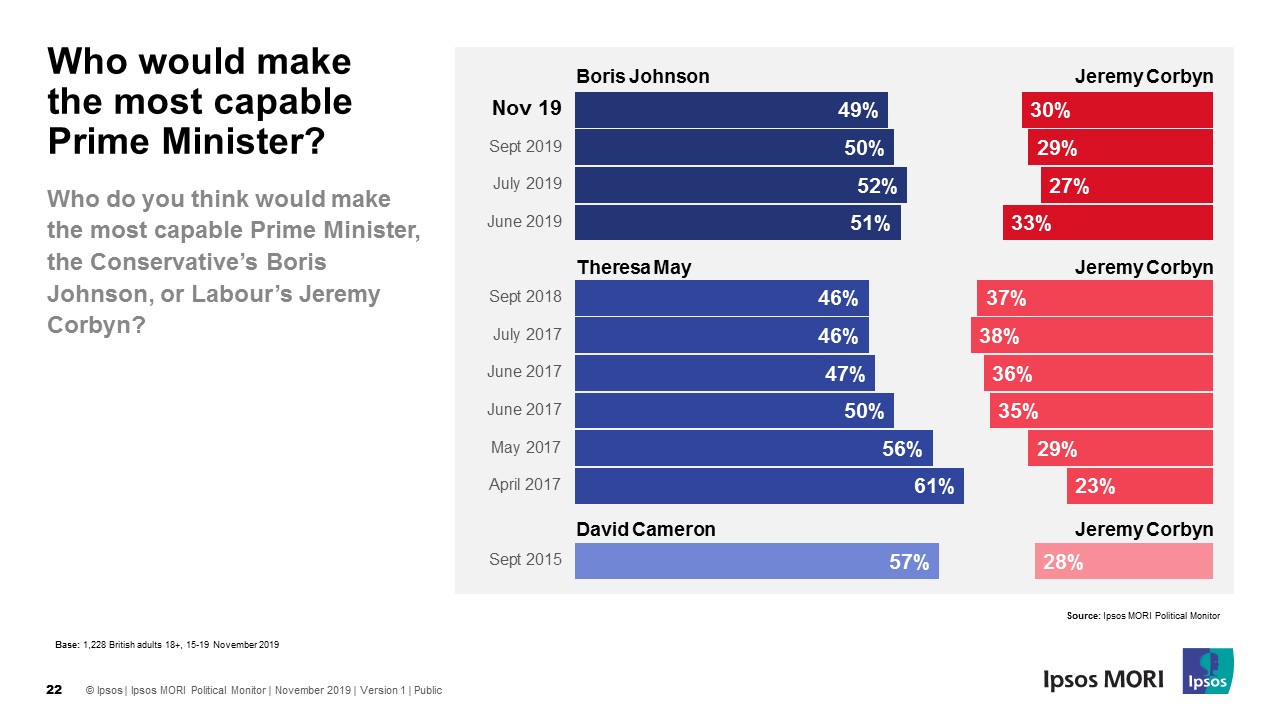 The new poll also asks the public about the image of both the Conservative and Labour parties: 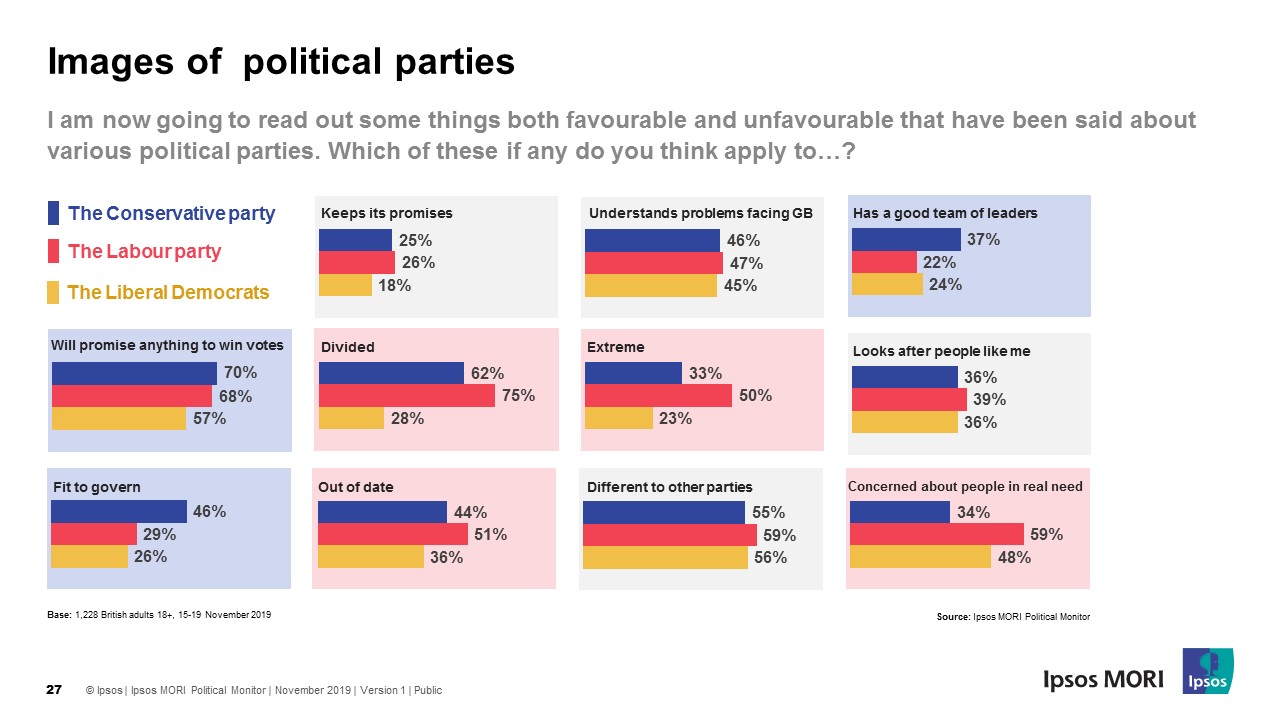 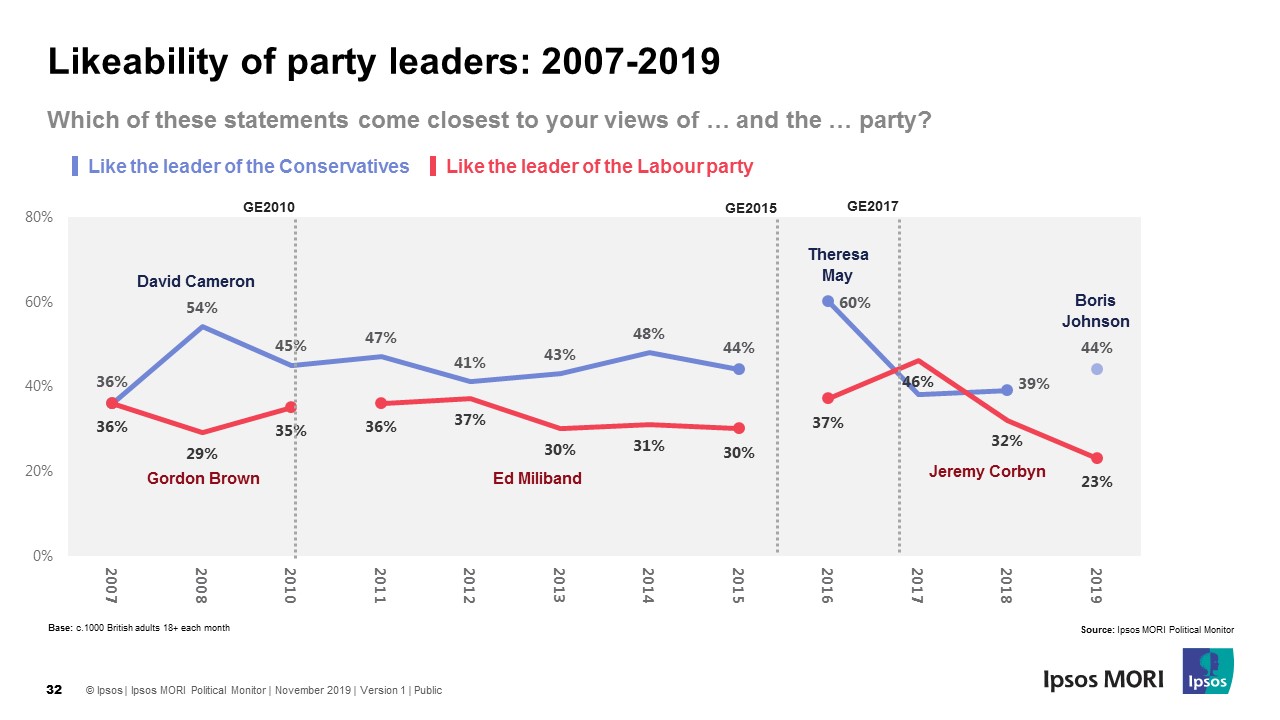 When it comes to Labour governing the Political Monitor finds a third agree that the party is ready to form the next government (32%, up 5 points from September) while three in five disagree (59%, down 3 points). A quarter say that Jeremy Corbyn is ready to be Prime Minister (24%, down 3 points) while two in three disagree (65%, up 2 points).  These figures are similar to Ed Miliband in February 2015, but well below the support received by Tony Blair and Labour before the 1997 election.

Labour’s troubles when it comes to public ratings of its leader are not new, although Jeremy Corbyn is starting from a lower base than in 2017.  But what this research shows is how the image of the party as a whole has been damaged over the last two years.  Labour is now seen as more divided than the Conservatives, are seen as more extreme than in 2017, and have fallen further behind on competence ratings like being fit to govern and having a good team of leaders.   They are though still seen as more of the party of the heart if not the head – the public thinks they are the more compassionate, and are still the most liked party, although even this has dropped over the last year.  The question is whether they can overcome the public’s wider doubts during the rest of the campaign. The Conservatives also have their own issues – they are not very liked beyond their own support, are also seen as divided, and there is scepticism they will keep their promises, though they are mostly either showing little change or showing small improvements compared with under Theresa May.

Ipsos interviewed a representative sample of 1,228 adults aged 18+ across Great Britain. Interviews were conducted by telephone 15th – 19th November 2019.  Data are weighted to the profile of the population. All polls are subject to a wide range of potential sources of error. On the basis of the historical record of the polls at recent general elections, there is a 9 in 10 chance that