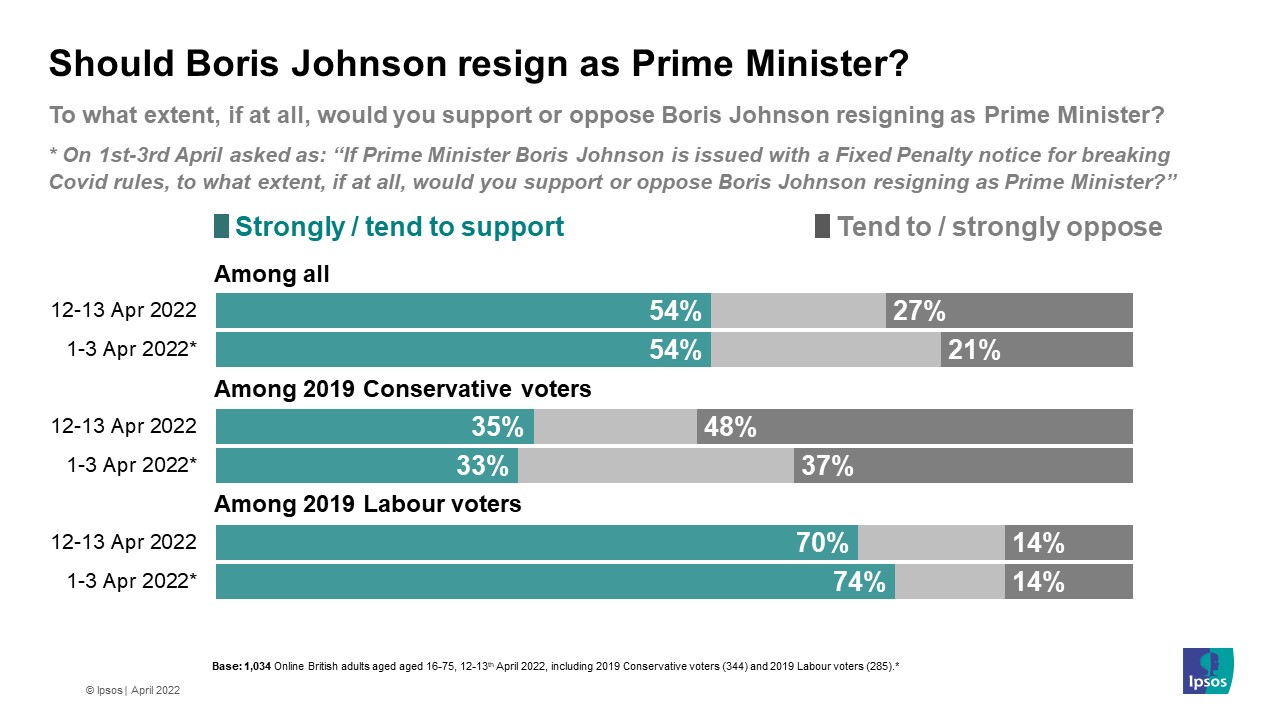 New polling of the British public on Tuesday (12th) and Wednesday (13th) this week in the aftermath of the Prime Minister being issued with a Fixed Penalty Notice shows that Britons think Boris Johnson should resign by a 2:1 margin. 54% would support the Prime Minister resigning and 27% would oppose. Support for his resignation is unchanged from a similar poll taken April 1st to 3rd, which asked what people thought he should do if he received a fine.

Meanwhile, there are some signs Conservative voters from 2019 are rallying behind the Prime Minister. 48% now oppose his resignation compared to 37% at the beginning of the month.

Half, 51%, also think Chancellor Rishi Sunak should now resign compared to 25% who oppose this. Conservative voters from 2019 are more split on the Chancellor than the PM with 37% supporting his resignation and 40% opposing it.

How closely are the public following the story?

What impacts public perceptions of Johnson? 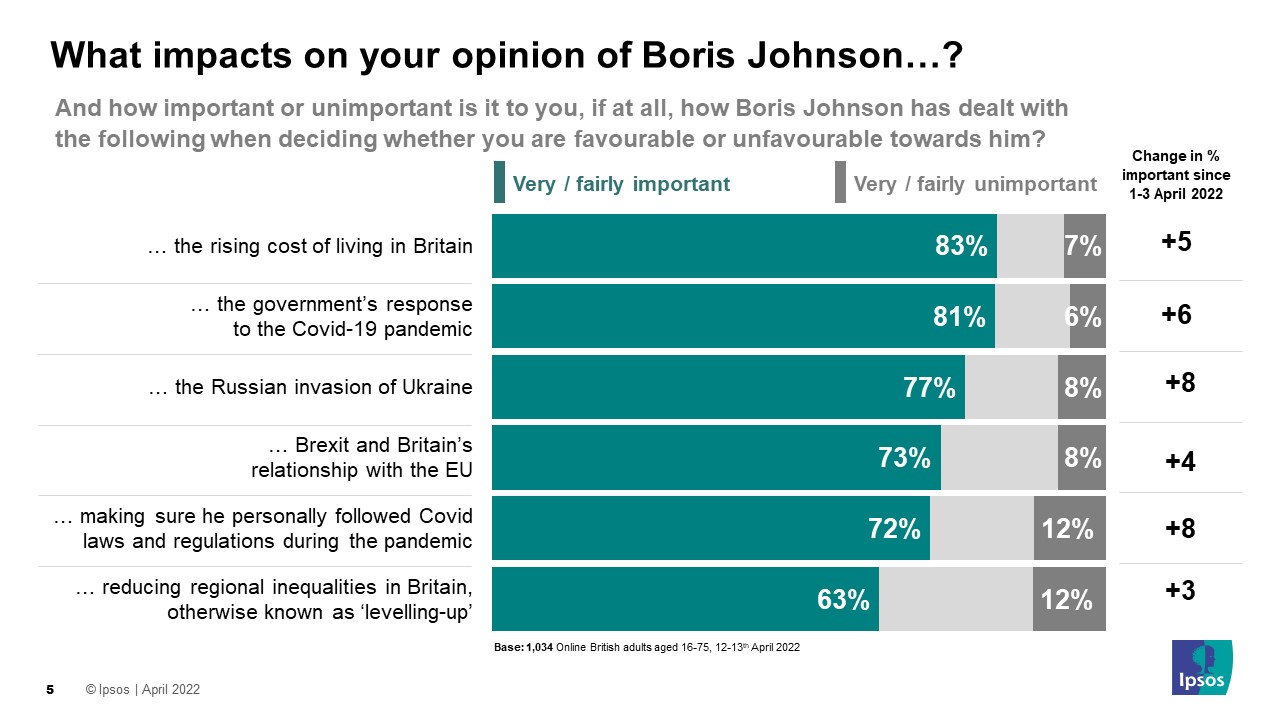 These numbers reflect a complex picture for the Prime Minister. Whilst the public think he should resign over ‘partygate’ fines by a two to one margin, there are some signs that 2019 Conservative voters are rallying around him, at least to an extent. Meanwhile, whilst public interest in the ‘partygate’ affair has understandably grown given recent events, the public still say they are following stories about the rising cost of living and the Russian invasion of Ukraine more closely, with both considered important factors in how he is judged politically.
We know Johnson polls relatively well on his response to Ukraine but less well on cost of living, whilst it is also clear that those with a negative opinion of him place a great deal of importance in the ‘partygate’ affair. What is clear is the Prime Minister heads into Easter fighting fires on many fronts politically.

Ipsos interviewed a representative sample of 1,034 British adults aged 16-75 online on 12th and 13th April 2022 using the Ipsos Digital Omnibus. Data are weighted to match the profile of the population. All polls are subject to a wide range of potential sources of error. Note: trend numbers for Boris Johnson’s resignation differ from those published here. Numbers above compare samples of Britons aged 16-75 and 18-75 whereas previous poll was of all adults aged 18+ (including a boost of respondents aged 75+). Trend data updated to remove the 75+ cohort from the previous poll.