The latest Ipsos UK Political Pulse survey, taken April 1st to April 3rd shows public favourability towards Sunak falling sharply this month. His ‘net favourability’ rating now stands at -18, comfortably the worst he’s recorded since becoming Chancellor. In fact, the only other time he has recorded a negative net rating was in January this year (-6).

Favourability towards Sunak and others 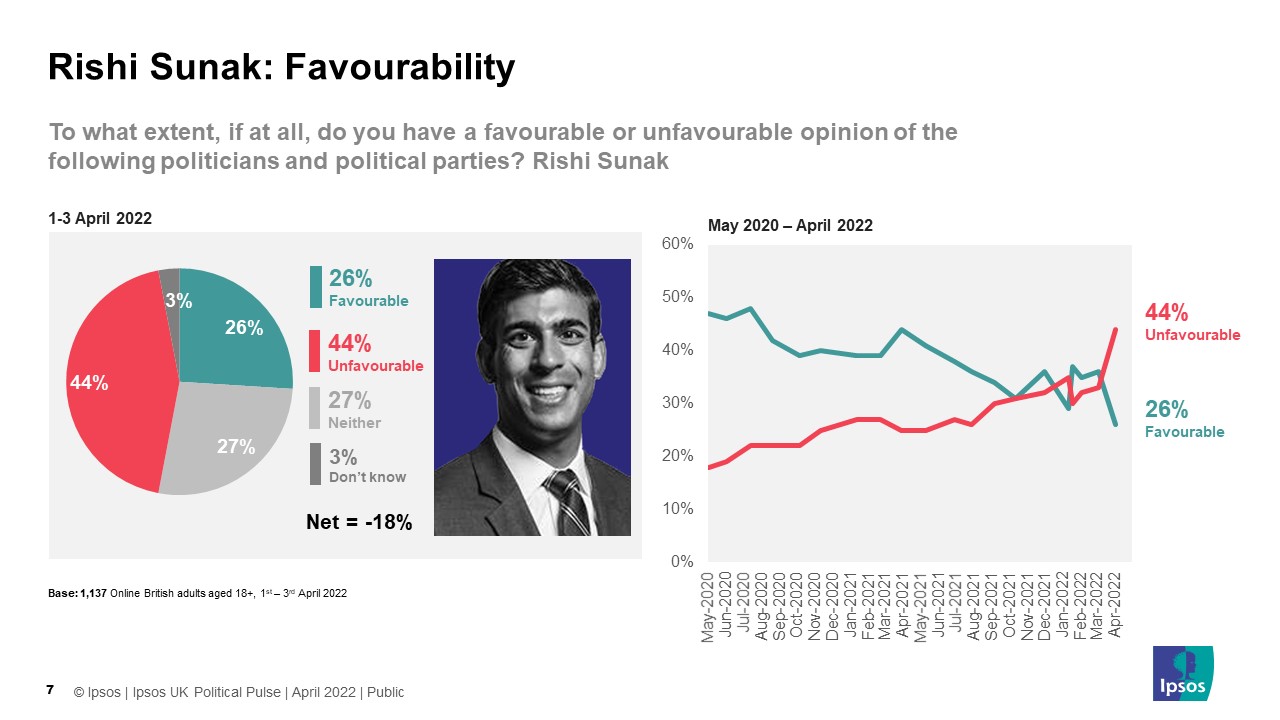 Meanwhile, other Conservatives see declining ratings compared to March but not to the same degree:

Labour leader Keir Starmer’s ratings are largely unchanged from last month, 30% are favourable towards the Labour leader (+3 pts from March) and 41% unfavourable (+2).

The story for political parties is similar with the Conservatives seeing worsening favourability ratings but Labour’s largely unchanged:

Right direction / wrong direction & what is catching the public’s attention

When asked whether things in Britain were heading in the right or wrong direction:

Partygate and should Johnson resign?

We are starting to see clear evidence of Rishi Sunak’s personal poll ratings falling amidst public concern about the cost of living in Britain. This poll shows that the public are following such discussions closely. Meanwhile, we have seen in other Ipsos research how economic optimism is the weakest it has been since the financial crash and the public are increasingly associating ‘the economy’ with rising prices. In this context, it is hardly surprising to see the Chancellor’s ratings fall. Where they go from here will likely be closely tied to how the public feel about the cost of living and wider economy in the coming months and beyond.