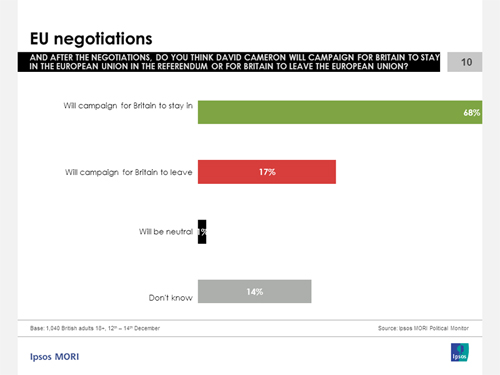 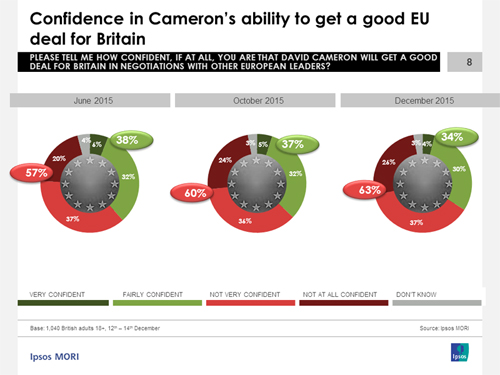 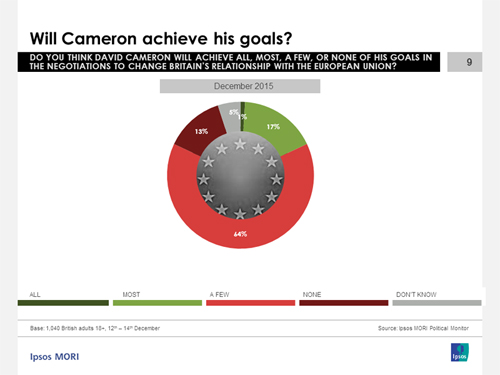 The survey also shows that there has been no significant change in the past couple of months on where the public stand on Britain’s membership of the EU. Our long term trend question shows 53% in favour of Britain staying in the EU (up one point) and 36% who want to ‘get out’ (down three points). This is split-sampled with the actual referendum question which finds six in ten (58%) saying they would vote to remain a member of the EU while 32% would vote to leave (compared with 52% to 36% in October). It should be noted neither of these are statistically significant changes. 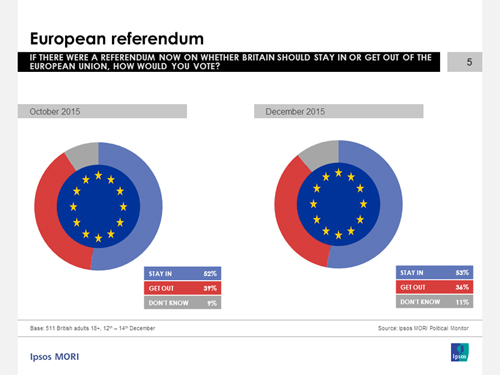 When it comes to lowering the voting age for the EU referendum the public have mixed views depending on how the question is asked. When asked if they support or oppose “giving 16 and 17 year olds the right to vote” in the referendum half (52%) support the idea while 41% oppose it. However when asked if they support or oppose “reducing the voting age from 18 to 16” for the referendum those supporting the proposal drops to 37% with 56% opposing. 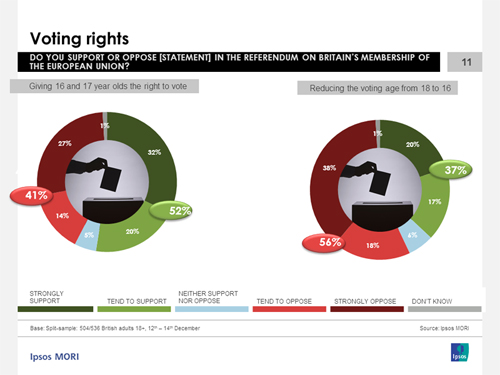 Our ongoing vote intention figures still show a Conservative lead over Labour. The Conservatives currently stand at 38% compared to Labour with 31%, the Liberal Democrats at 9% and UKIP at 9%.

“It doesn’t matter if they think the Prime Minister will achieve most of his negotiation goals or not - most Britons are pricing in to their expectations that David Cameron will campaign for Britain to stay in the EU. Meanwhile, there has been no real change in their views of Britain’s membership of the EU in the last couple of months – but our long-term trends show that attitudes to Europe can move, perhaps especially as the referendum campaign begins to focus their minds.”

Ipsos interviewed a representative sample of 1,040 adults aged 18+ across Great Britain. Interviews were conducted by telephone 12-14 December 2015. Data are weighted to match the profile of the population.