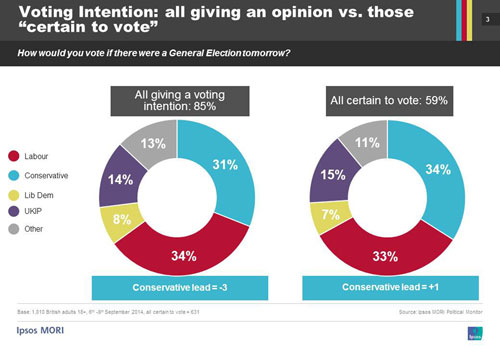 The survey also finds that, since May of this year, the proportion of people who think that a vote for UKIP is a wasted vote has declined from 57% to 50%, and over half (53%) believe that the party is raising important issues that other parties are not taking seriously. Yet only 14% say they would like their local MP to leave his or her party and join UKIP. 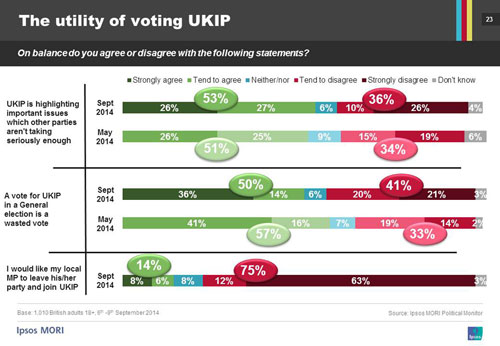 Voting intention has remained broadly stable for the other three parties. The Conservative are ahead of Labour for the first time since December 2011 at 34, but this is only due to a difference of three people and the statistical quirks of rounding, so effectively the parties should be seen as running neck and neck.

Ipsos’s Economic Optimism Index finds that the proportion of people who think the economy will get better has slipped from 51% to 45%, but it still remains at a historical high. Satisfaction ratings for the main party leaders and government have remained stable since last month, with the exception of Nick Clegg who has his equal lowest ever net rating: 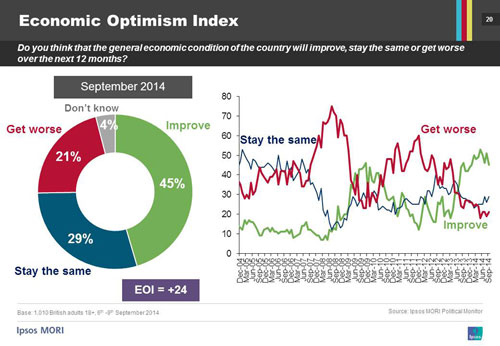 Only 74% of voters with a preference choose one of the three main parties – history tells us that’s unusually low, and a fall from nine in ten even in 2010.  In other words, one in four are giving their vote to a party outside the main three, highlighting the troubles they all face – and UKIP are the main beneficiaries. Meanwhile, following Douglas Carswell’s defection to UKIP, there has been a fall in the perception that a vote for UKIP is a wasted vote – but there is little appetite among most voters for their own local MP to follow suit. 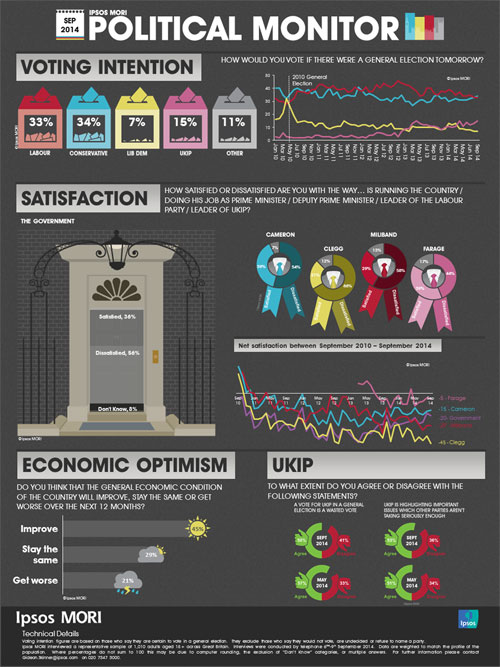 Technical note: Ipsos interviewed a representative sample of 1,010 adults aged 18+ across Great Britain. Interviews were conducted by telephone 6th – 9th September 2014.  Data are weighted to match the profile of the population.