Ipsos’s latest Political Monitor shows there are clear concerns for the public when it comes to the cost of living, with 9 in 10 expecting their monthly bills and other regular outgoings to rise next year (and over half thinking they will rise a lot),  around 8 in 10 believing inflation will rise and similar for the taxes they pay, and 7 in 10 saying mortgage interest rates will rise.

New findings from the poll also include: 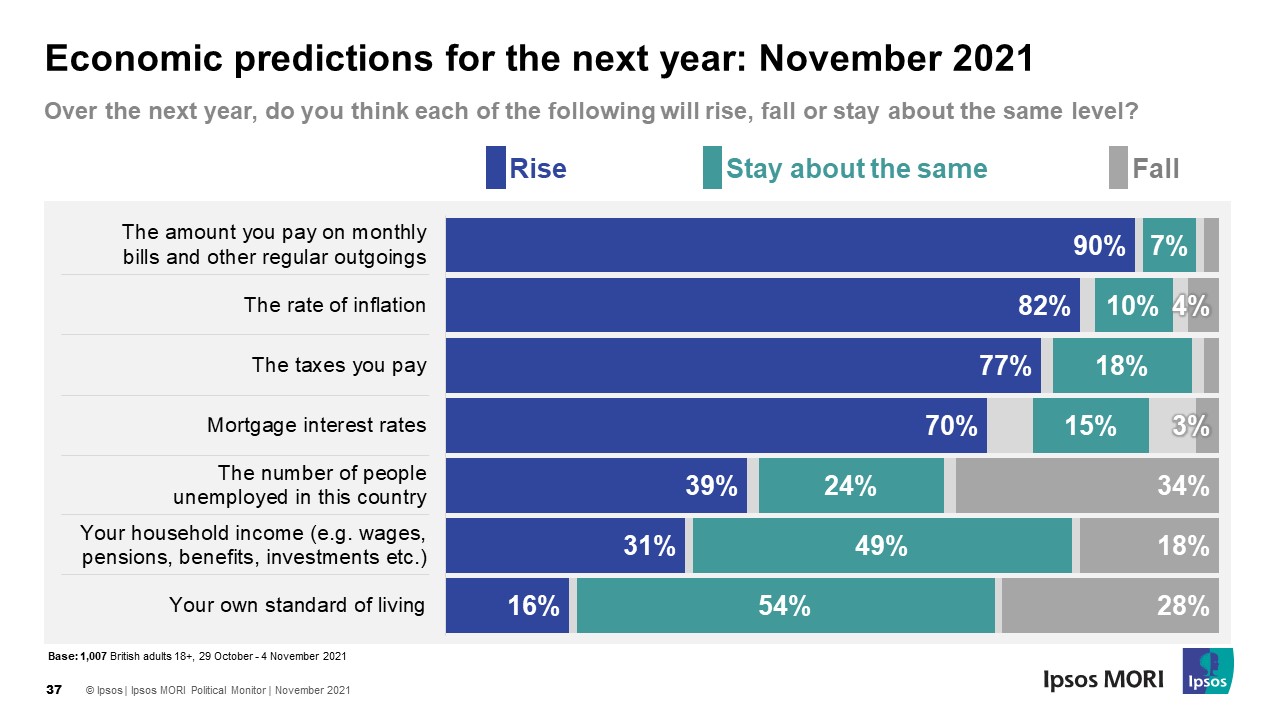 Meanwhile, there remains low levels of optimism for economic recovery in the next year with the survey showing more than half (54%) thinking the British economy will get worse over the next 12 months, 28% saying it will improve, and 17% saying it will stay the same, giving a net Economic Optimism Index of -26.

While much of the focus has been on standards in public life, these figures are a reminder that for the public worries about the economy and cost of living are likely to be just as if not more important. Nearly all are expecting monthly bills to rise, and a majority think they will rise a lot – especially women and older people. Meanwhile, concerns about rising inflation and interest rates are even higher than on average during the 2012-2015 period (although there is a bit more optimism about unemployment), as are worries about standards of living – although most think this is likely to stay the same. This is all against a backdrop of more general economic pessimism since the summer, suggesting this will be a priority for the Government looking ahead.

Ipsos interviewed a representative sample of 1,007 adults aged 18+ across Great Britain. Interviews were conducted by telephone: 29th October – 4th November 2021. Data are weighted to match the profile of the population. All polls are subject to a wide range of potential sources of error. Note minor change in question wording compared with 2012-2015, moving from a 3-point to a 5-point scale.