Chancellor Rishi Sunak continues to receive positive feedback from the British public for his handling of the coronavirus outbreak, according to the latest Ipsos Political Monitor. Three in five (60%) say he’s handled the coronavirus crisis well (13% say badly), little changed from June. This compares to 43% who say Boris Johnson has handled it well, and 38% for Matt Hancock. Other findings from the survey include:

Handling of the Coronavirus outbreak 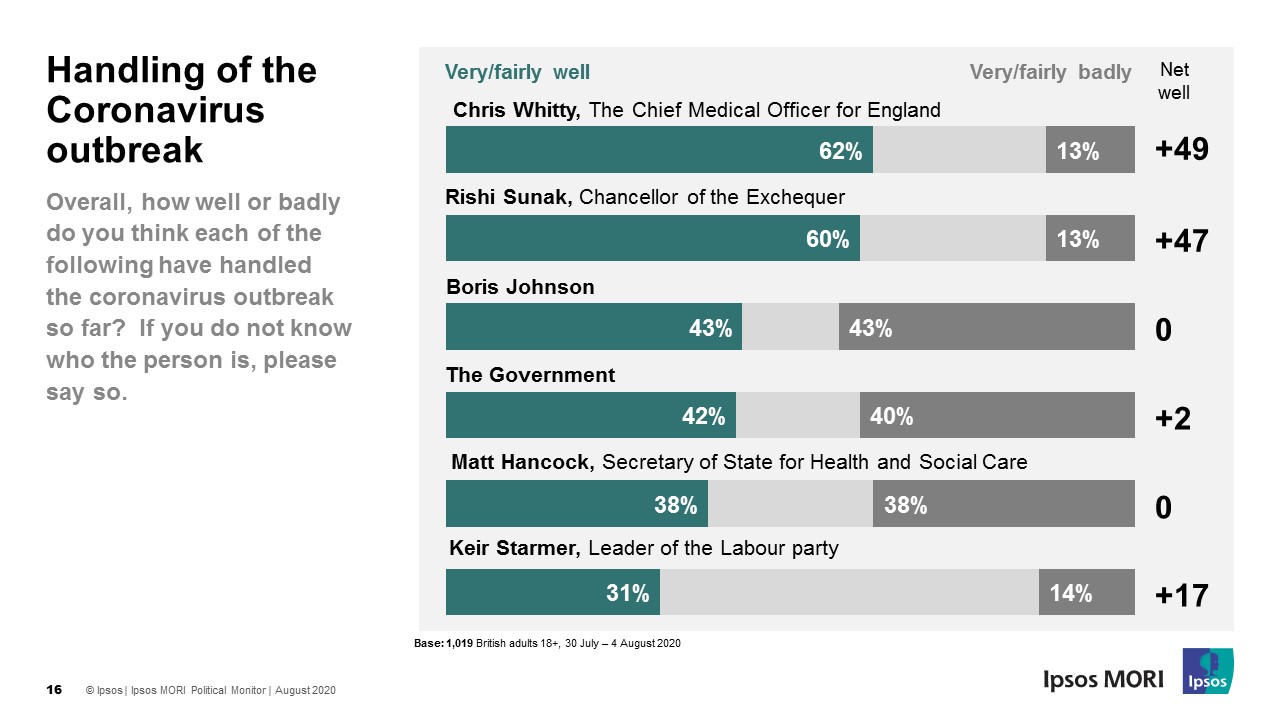 Satisfaction in the Leaders

Labour ready to form the next government? 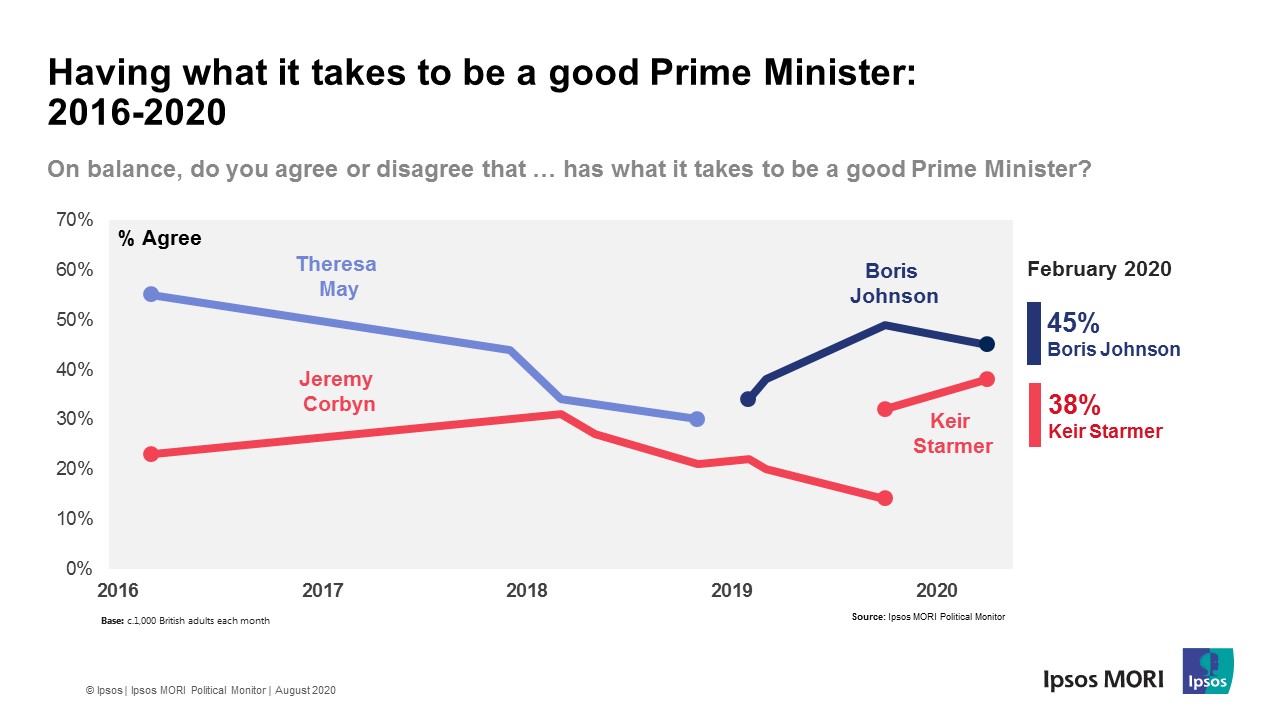 Commenting on the findings, Gideon Skinner, Head of Political Research at Ipsos, said:

Rishi Sunak is one of the biggest winners from the public’s desire to see strong government action to support those affected by the coronavirus, with positive ratings from both sides of the political spectrum. It is though a bigger step to be seen as a PM-in-waiting, and public opinion is not there yet (and there are still concerns about the economic impacts of the pandemic), but he’s starting from a better position than most other contenders in recent years. Meanwhile some of the negative views towards Labour have softened from last year, and people are much less likely to think they would bring chaos if elected. However, despite Keir Starmer’s leadership ratings, they still have some way to go to build actively positive views towards the party

Ipsos interviewed a representative sample of 1,019 adults aged 18+ across Great Britain. Interviews were conducted by telephone 30th July – 4th August. Data are weighted to the profile of the population. All polls are subject to a wide range of potential sources of error. On the basis of the historical record of the polls at recent general elections, there is a 9 in 10 chance that the true value of a party’s support lies within 4 points of the estimates provided by this poll, and a 2 in 3 chance that they lie within 2 points.