With just over a week to go before the general election, our new poll for STV News suggests the SNP is on course to win most votes with the Conservatives and Labour in a close battle for second place. 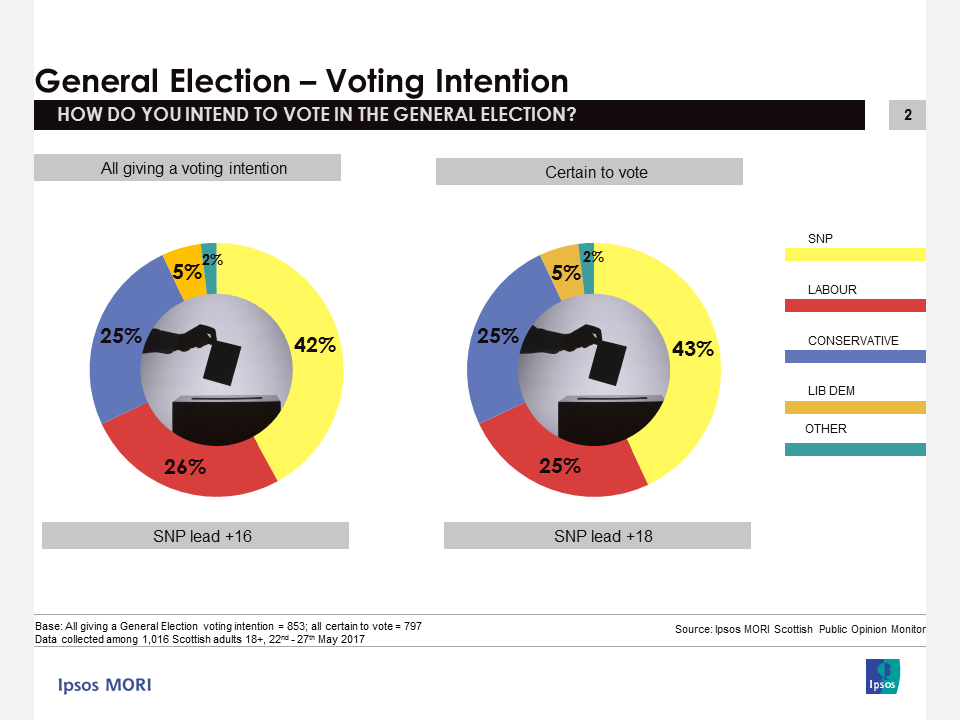 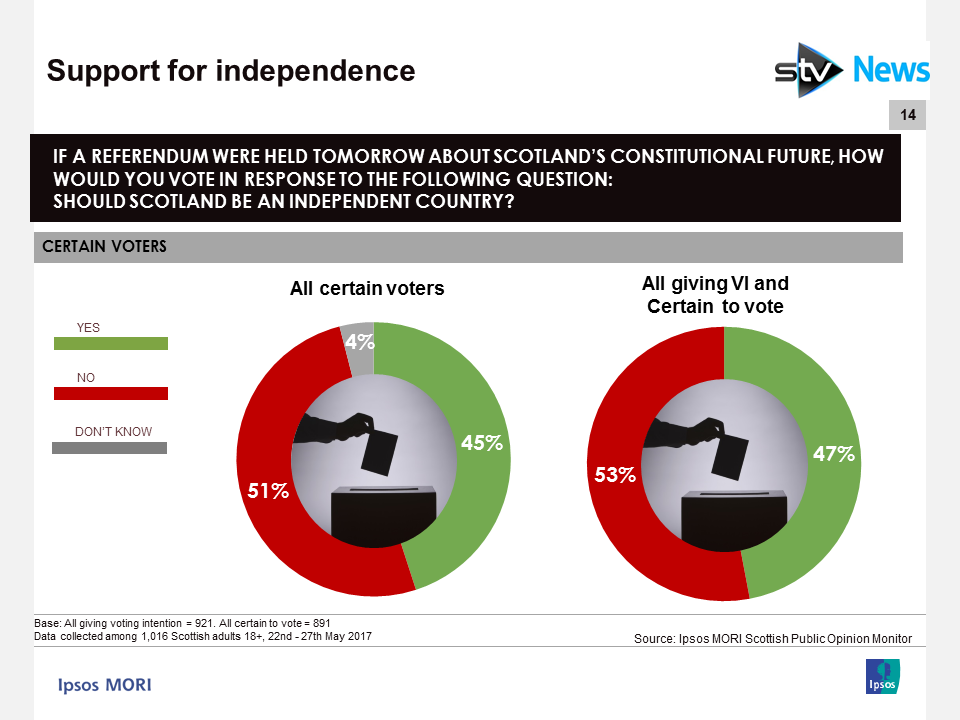 Our poll for STV picks up some clear signals from voters. The SNP remains likely to win the most votes next week but is unlikely to repeat its unprecedented success of 2015. In vote number terms, the biggest beneficiaries appear to be the Conservatives whose share of the vote looks likely to increase significantly from its performance in 2015. They will be hoping that this translates into a significant number of seats turning from yellow to blue on June 8th.  For Labour, the poll confirms some recovery, as seen in GB-wide surveys, where it may return to something approaching the result from 2015 in Scotland.