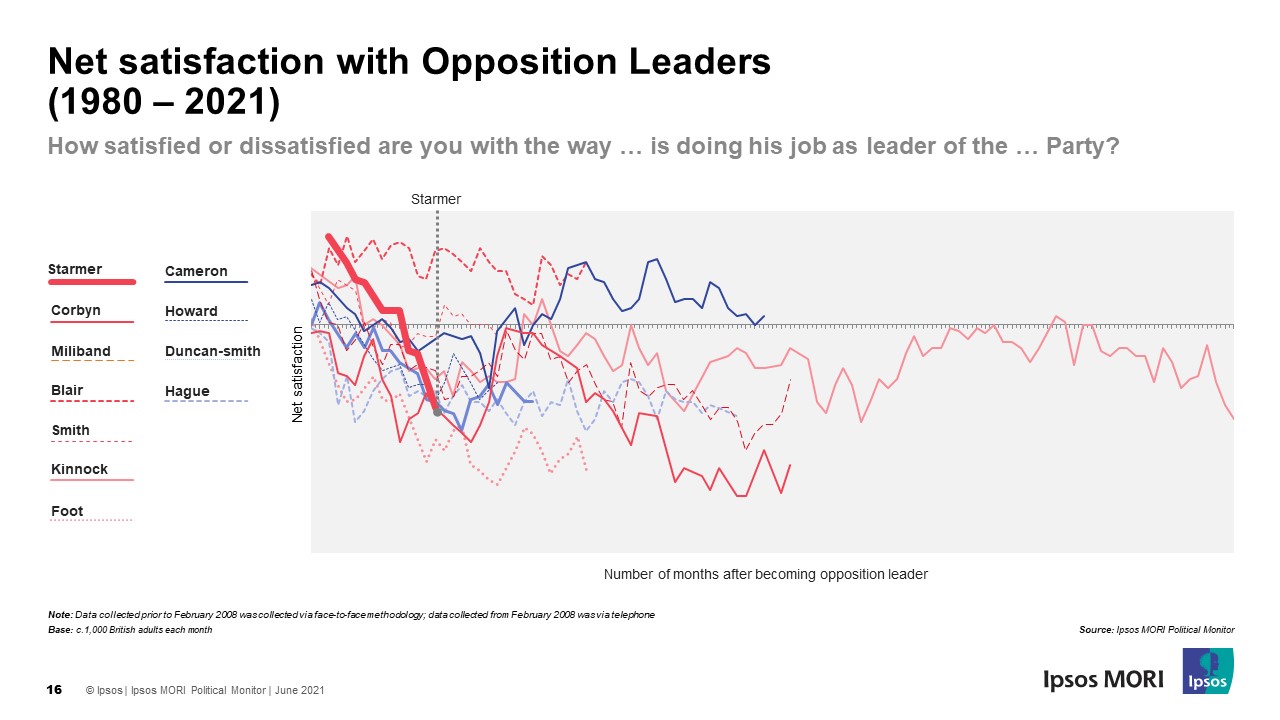 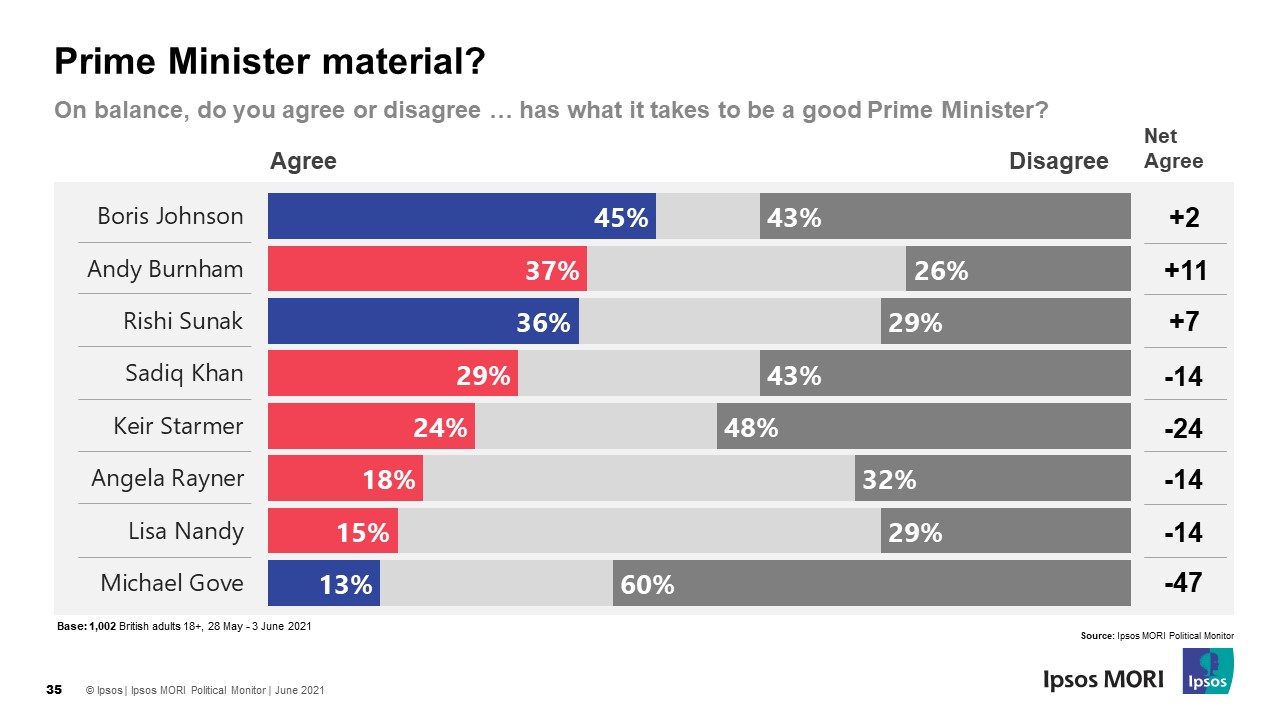 Should Labour and the Conservatives change their leader?

These numbers lay bare just how far Keir Starmer’s poll ratings have fallen. From opening with the best satisfaction ratings for a Leader of the Opposition since Blair last June his numbers are now as bad as Jeremy Corbyn’s at the same point in his leadership. What we don’t know is whether Starmer’s numbers will continue to fall, as they did for Corbyn, or if the Labour leader will manage to rebound all the way to Number 10 in a similar fashion to how David Cameron once did

Ipsos interviewed a representative sample of 1,002 adults aged 18+ across Great Britain. Interviews were conducted by telephone: 28th May – 3rd June 2021. Data are weighted to match the profile of the population. All polls are subject to a wide range of potential sources of error. On the basis of the historical record of the polls at recent general elections, there is a 9 in 10 chance that the true value of a party’s support lies within 4 points of the estimates provided by this poll, and a 2 in 3 chance that they lie within 2 points.