Headline voting intention scores this month shows the Conservatives falling behind Labour with a dramatic fall in support for both main parties. The poll shows:

The combined vote share for the Conservatives and Labour stands at just 52% - the lowest level ever recorded in the Ipsos Political Monitor series (just over 40 years old). The previous low was a combined score of 54% in 1981. 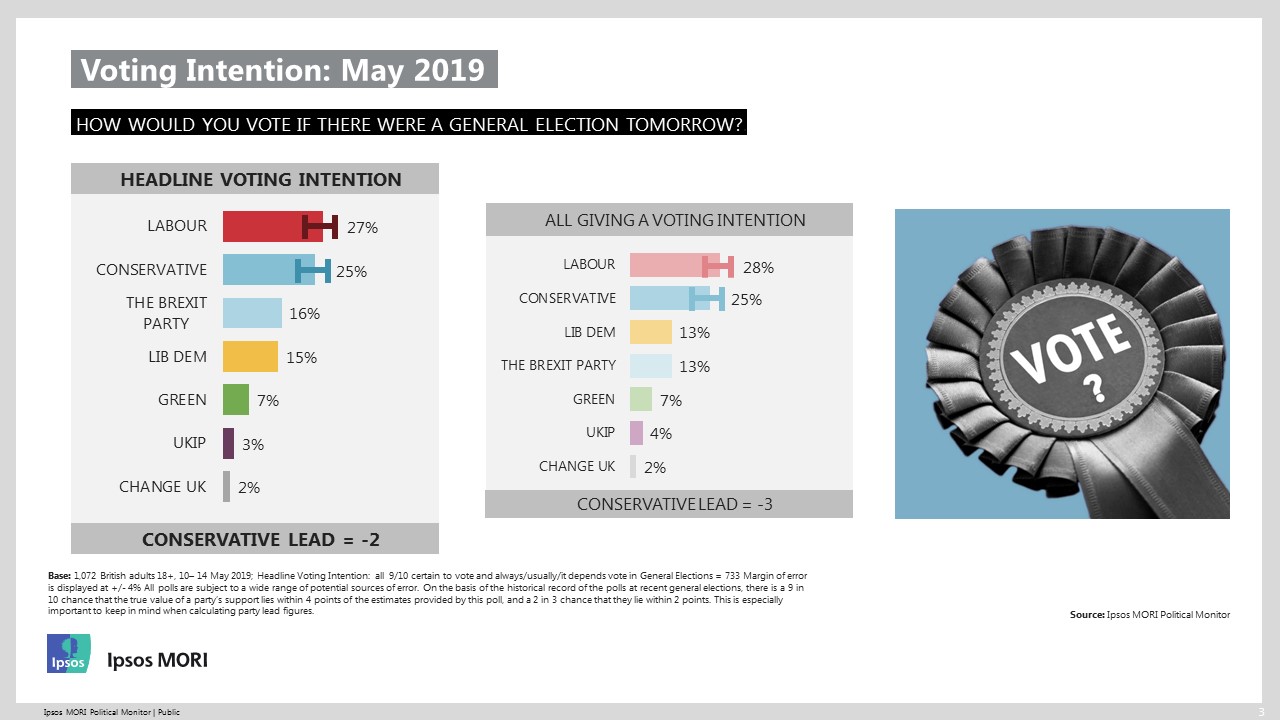 Ipsos’s new Political Monitor also reveals that the public’s satisfaction with Theresa May is at its lowest level since she became Prime Minister nearly three years ago. Seven in ten (69%) Britons say they are dissatisfied with the PM (up 4 points from March) with a quarter (26%) saying they’re satisfied (down 3 points); leaving her a leadership satisfaction score of -43.

The Prime Minister still wins approval from most Conservative voters. However, this support is waning. Just over half (53%) say they are satisfied with her – down 10 pts compared with March this year when 63% of Conservative supporters said the same. Forty-three percent say they are dissatisfied with her (up 11 points), which leaves her a net satisfaction score of +10. 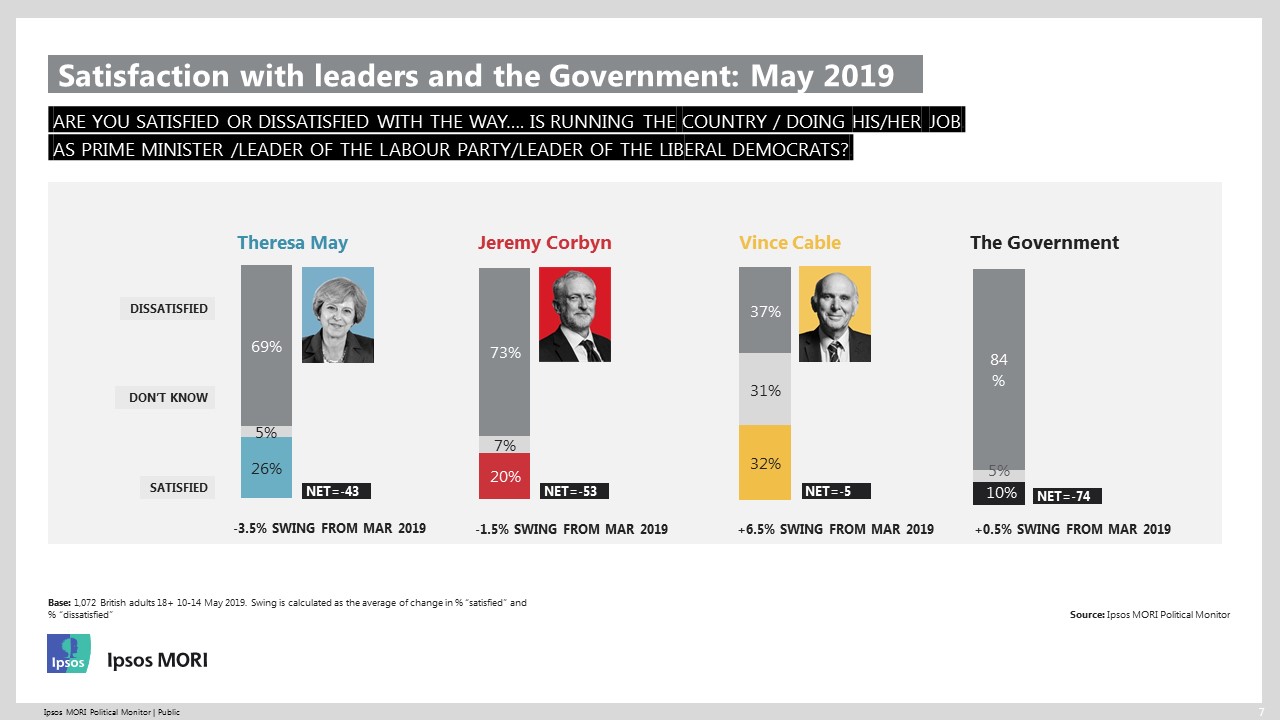 When it comes to Brexit the new poll shows worrying figures for Theresa May.

Britons continue to be pessimistic about the state of the country’s economy, although there has been an improvement from March. The latest Ipsos Economic Optimism Index shows 51% believe it will get worse over the next 12 months, 16% think it will improve and 25% it will stay the same – leaving an EOI score of -35, up 7 points from March.

Our numbers show the two main parties losing support – particularly the Conservatives – as the Brexit impasse drags on. With Theresa May’s personal poll numbers also continuing to fall, the pressure on the Prime Minister looks only set to grow. With no sign of the Brexit deadlock being broken, these numbers should worry the Conservatives greatly. The last time their headline voting intention figures were this bad, they were in opposition and it took them two changes of leader and the best part of a decade to get back into government. Of course, now they are in government and perhaps finding a Brexit solution will change their fortunes. In the absence of one it is difficult to see how their support will grow. However, the political situation is volatile, and it would be worth waiting to see how voting intention figures look after the European elections to see if these trends are temporary or fixed.

Ipsos interviewed a representative sample of 1,072 adults aged 18+ across Great Britain. Interviews were conducted by telephone 10th – 14th May 2019.  Data are weighted to the profile of the population. All polls are subject to a wide range of potential sources of error. On the basis of the historical record of the polls at recent general elections, there is a 9 in 10 chance that the true value of a party’s support lies within 4 points of the estimates provided by this poll, and a 2 in 3 chance that they lie within 2 points.