The 2020 Global Infrastructure Index – undertaken in partnership by GIIA and Ipsos and the largest global survey of its kind looking at public attitudes towards infrastructure and investment – shows that the British public believe investment in infrastructure should form a key part of the UK Government’s plan to secure economic recovery from the COVID-19 pandemic. 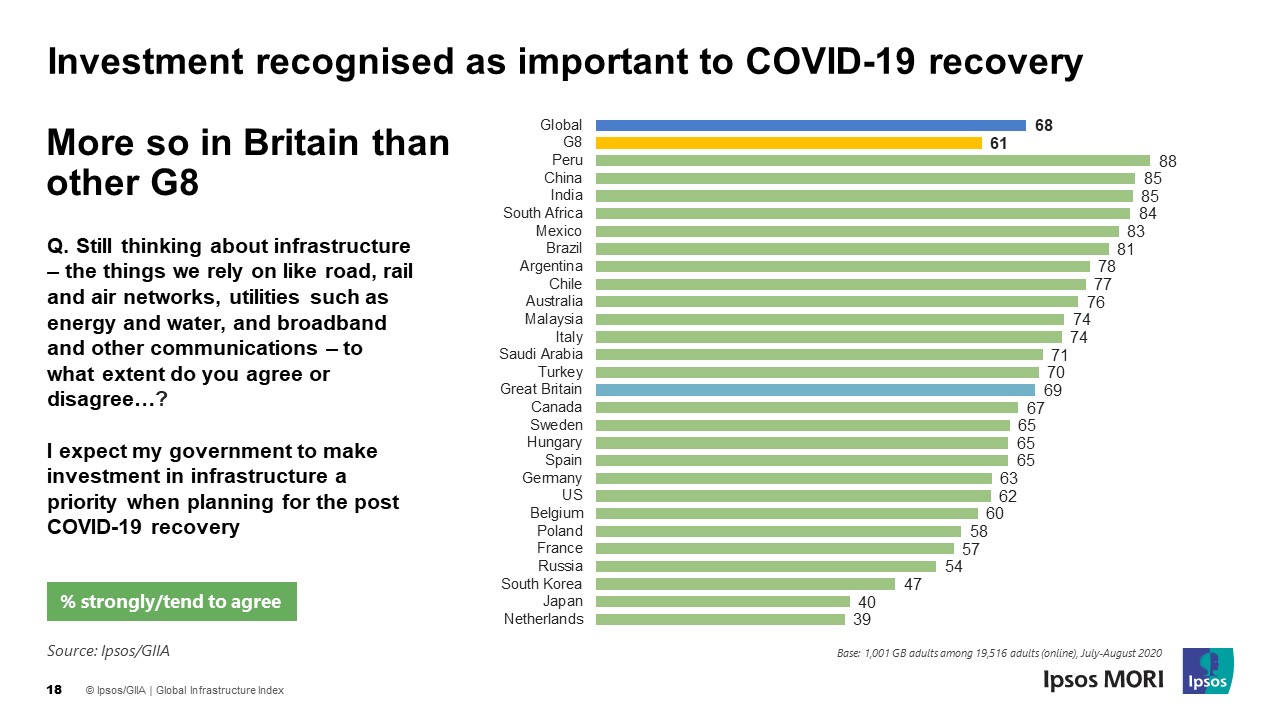 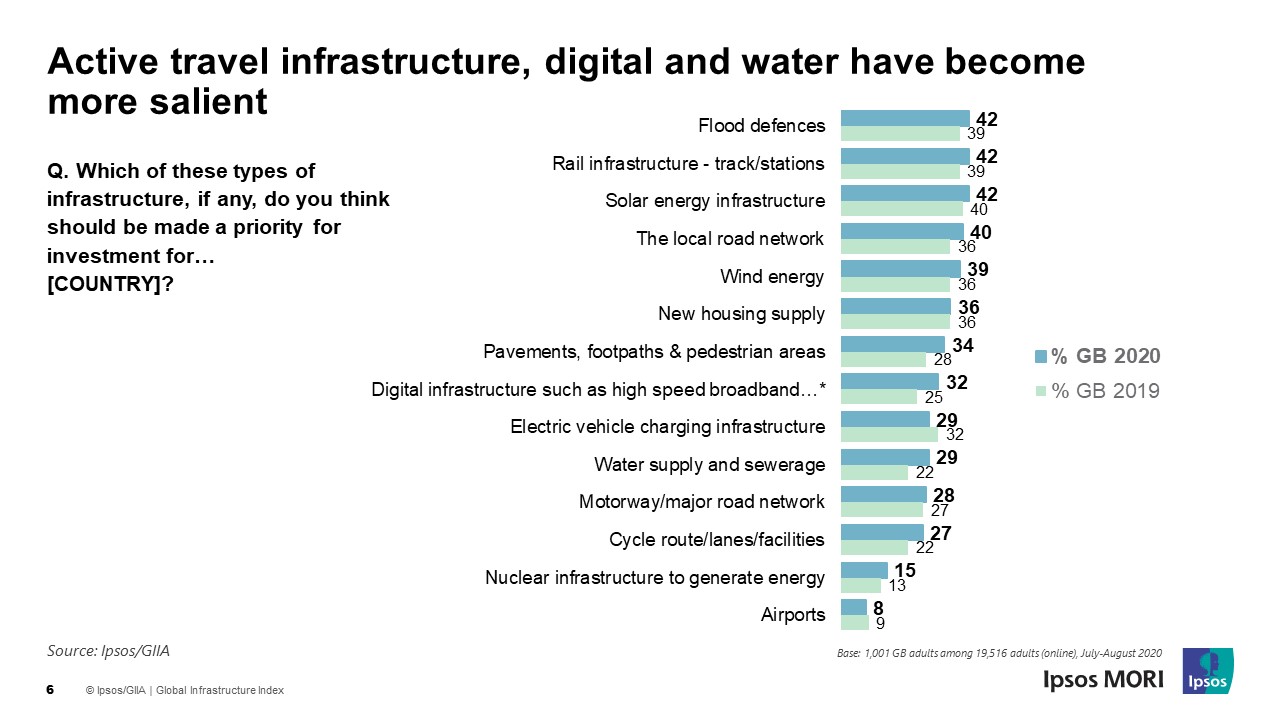 Last year’s general election campaign kicked off with commitments to spend big on infrastructure and since the start of lockdown the Prime Minister has talked of “build, build, build”. This was well grounded in public opinion and this year’s Global Infrastructure Index again shows public support for investment and improvement. There is a sense that Britain’s infrastructure is not fit for purpose, and that investment would boost economic and employment prospects.
That’s not been changed by the pandemic, but the survey perhaps signals some possible new currents in public opinion – for example, higher priority is attached to social infrastructure over economic infrastructure. We have also seen increases in the priority attached to investment in digital infrastructure, ‘street scene’ and key utilities like water.

The 2016-2019 surveys used the same methodology, but the profile of participating countries changed. This means that the global trend does not always involve a like-for-like comparison.