What should be the top priorities for the UK’s relationship with the EU? 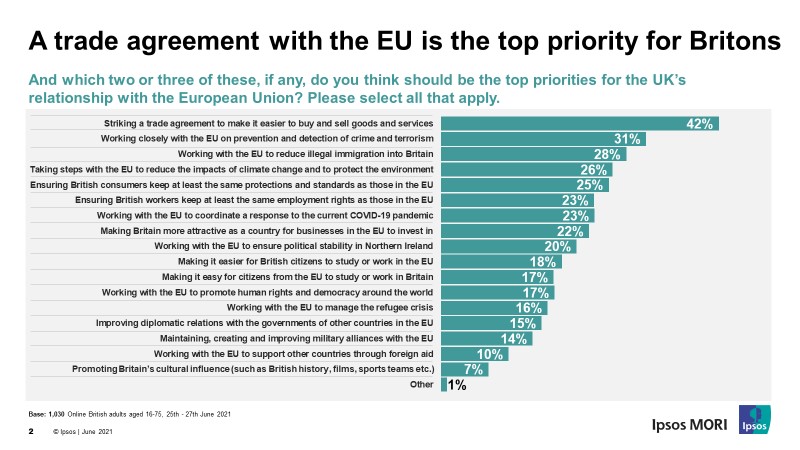 How important is it for the UK and the EU to maintain good relations with each other?

The UK’s exit from the EU may have happened over a year ago, but the final look of our relationship with the EU isn’t yet determined. Our latest findings show too that while there is consensus among those who voted Leave and Remain in 2016 in prioritising trade, the other priorities aren’t as clear cut across the two groups, showing that there’s a difficult path to walk for the Government moving forward in our relationship with the European Union if they try to please all of the people all of the time.

Paul Adamson, Chairman of the EU|Forum and Founder of Encompass said:

Irrespective of how people voted in the referendum there is widespread agreement that there are many issues still to be addressed in the EU-UK relationship and that Brexit is far from done. To that end, there is a very wide consensus that the UK and the EU should maintain good relations with each other in the future.