Ipsos’ Scottish Political Monitor, run in partnership with STV News, finds support for independence has risen by 6 points since our last poll in May. Among those with a voting intention and very likely to vote, 56% say they would vote Yes in an immediate referendum while 44% say they would vote No.

The SNP remain the dominant party in Scotland – 51% of those likely to vote say they would vote for them in an immediate General Election. Labour remains in second place on vote share, at 25%, while the Conservatives have slipped further to 13%.

Treating the next election as a de facto referendum on independence appears unlikely to dent the SNP’s vote share: indeed, 53% of those likely to vote say they would vote SNP in this situation. With a further 2% saying they would vote for the Scottish Green Party, this would take the vote share for pro-independence parties to 55%. 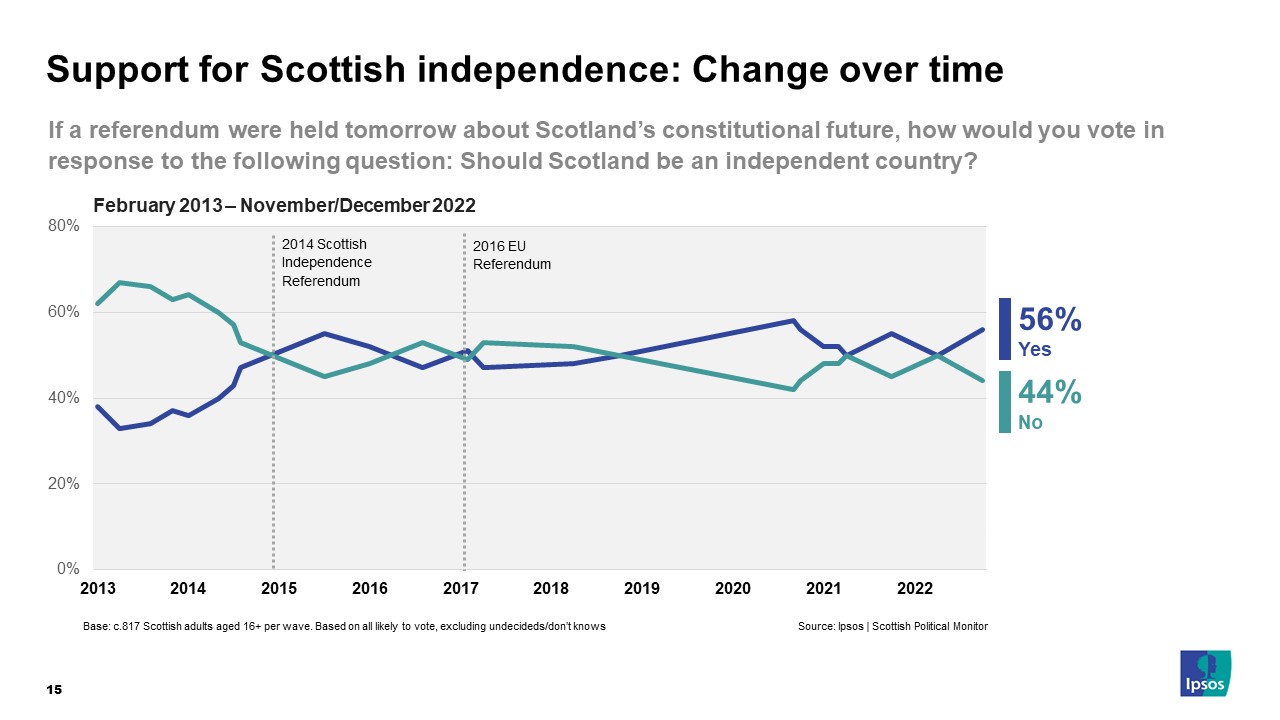 The top five key issues concerning for the Scottish public are:

These new results from Ipsos and STV News show an increase in both support for independence and support for the SNP. Whether this is a temporary ‘bounce’ in the wake of the recent Supreme Court judgement or a longer-lasting trend remains to be seen. Meanwhile, with the judgement narrowing the legal pathways to a second referendum, the SNP is considering treating the next General Election as a de facto referendum on independence. This is a high-risk strategy for the party, who secured 45% of the vote in 2019. However, the indication from this poll is that, at this stage at least, this is not harming their electoral chances. At the same time, there are some indications that wider public ratings of the SNP have slipped. While the SNP remains comparatively more trusted than other parties, trust in their ability to manage a range of crucial issues – including the NHS and the economy – has fallen significantly over the last 18 months.