Nearly three in five Americans believe President Donald Trump should have been convicted in the Senate impeachment trial, according to a new ABC News/Ipsos poll that fielded immediately after the trial concluded. A similar number believe the evidence presented in the trial was strong; however, a strong majority believe the senators voted not based on facts in the case, but on partisan politics.

1. Most Americans believe Trump should have been convicted in the second impeachment trial. However, partisans remained as deeply divided as they were before the trial began. 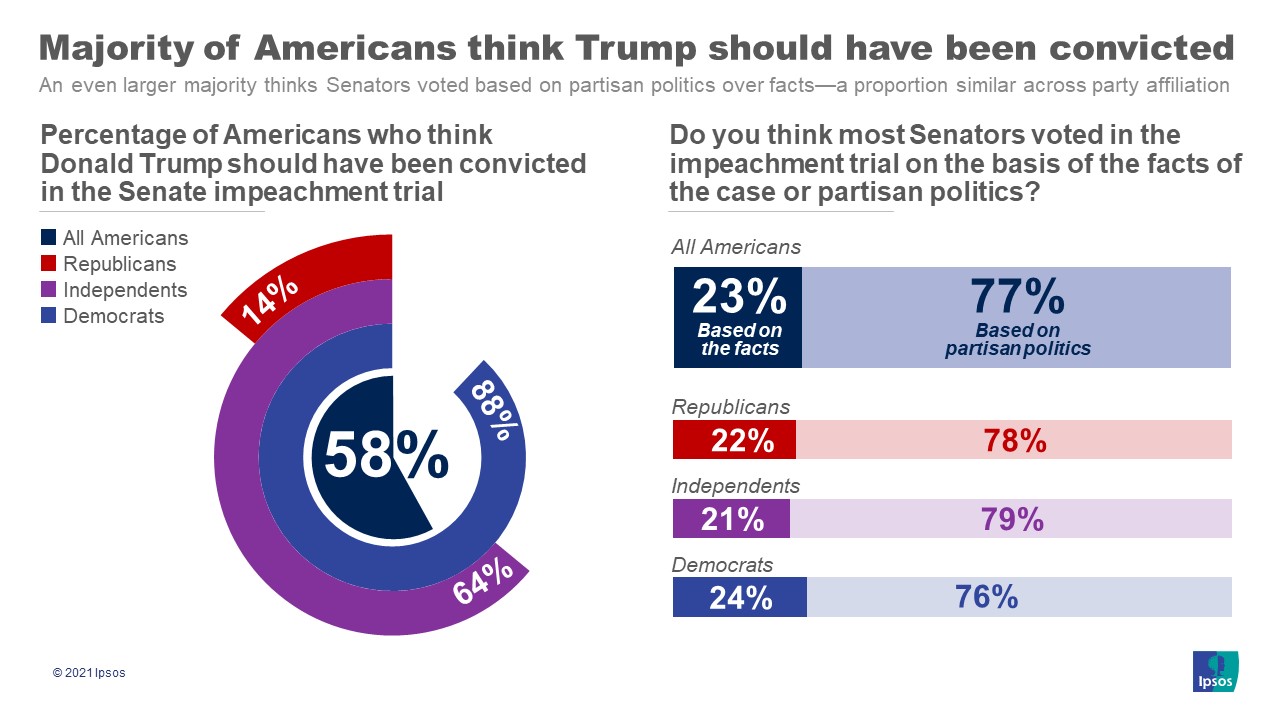 2. While most believe the evidence against Trump was serious, ultimately the American public feels the senators acted from a place of partisanship, not fact.

This ABC News/Ipsos poll was conducted February 13 to February 14, 2021, by Ipsos using the probability-based KnowledgePanel®. This poll is based on a nationally representative probability sample of 547 general population adults age 18 or older.