Washington, DC, March 12, 2021 — As the country reaches its one-year anniversary of the COVID-19 pandemic, a new Ipsos poll shows that Americans are most likely to trust healthcare workers. On the other hand, deep partisan divides exist when it comes to how Americans view top political figures.

1. Americans find those professions within healthcare and academia to be the most trustworthy.

2. Americans are more skeptical of those that work in government. 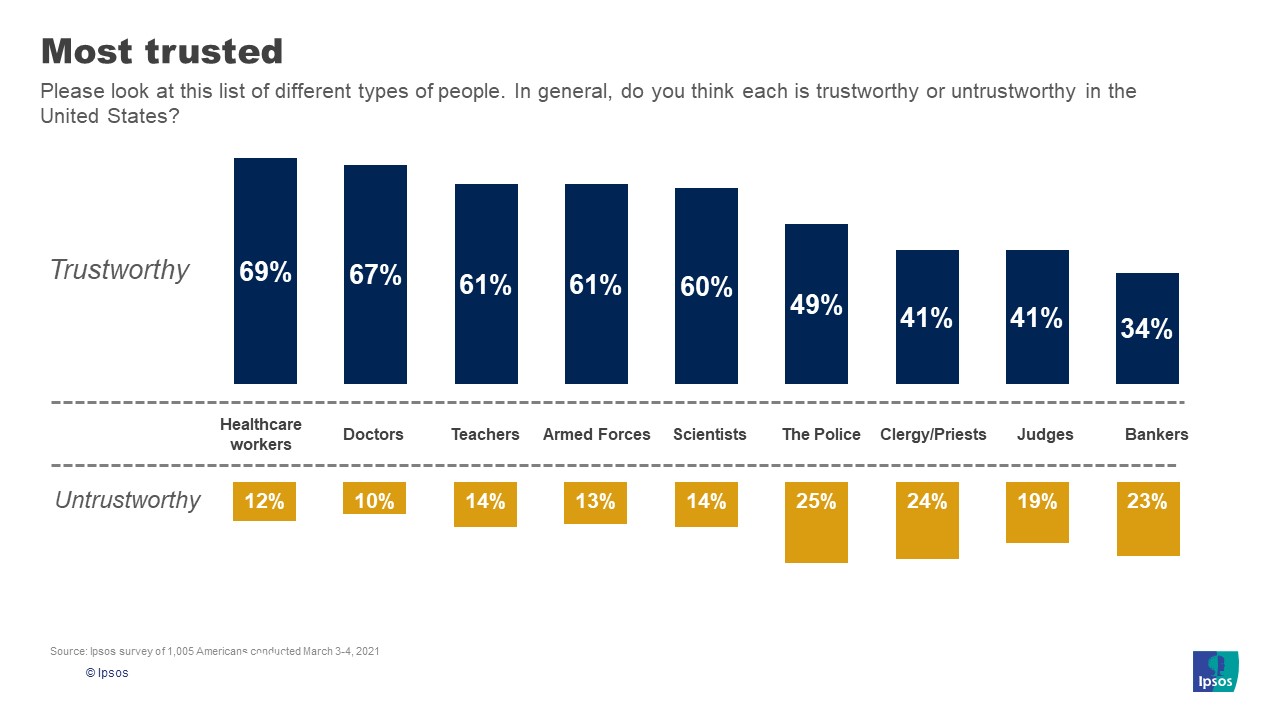 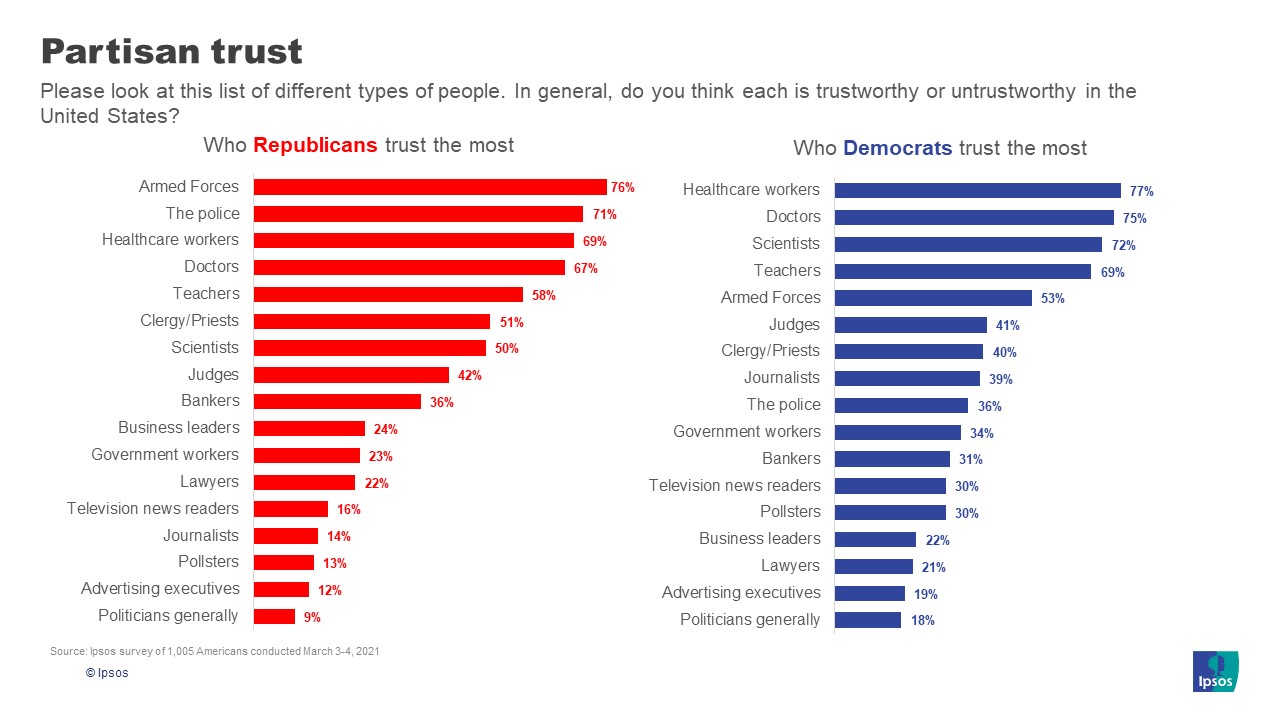 4. Americans have favorable views of most entertainers.

These are some of the findings of an Ipsos poll conducted between March 3-4, 2021. For this survey, a sample of 1,005 adults age 18+ from the continental U.S., Alaska, and Hawaii was interviewed online in English. The sample includes 468 Democrats, 356 Republicans, and 98 Independents.

Statistical margins of error are not applicable to online non-probability polls. All sample surveys and polls may be subject to other sources of error, including, but not limited to coverage error and measurement error. Where figures do not sum to 100, this is due to the effects of rounding. The precision of Ipsos online polls is measured using a credibility interval. In this case, the poll has a credibility interval of plus or minus 3.5 percentage points for all respondents. Ipsos calculates a design effect (DEFF) for each study based on the variation of the weights, following the formula of Kish (1965). This study had a credibility interval adjusted for design effect of the following (n=1,005, DEFF=1.5, adjusted Confidence Interval=+/-5.0 percentage points).